Collectors Drawn to Autographs of Innovators

Our auction of Autographs on Thursday, November 8 saw major interest in notable authors and innovators, as well as American heroes in a variety of fields including athletes and presidents.

Kurt Vonnegut–an American writer best known for his science-fiction infused anti-war novel Slaughterhouse-Five–was a standout of the sale with a group of letters written to members of his family, largely from his time enlisted in the army during WWII. The offering of 12 letters, on various subjects including the war, love, alcohol and art also contain small drawings and doodles by the young Vonnegut, reached $12,500 over a high estimate of $6,000. 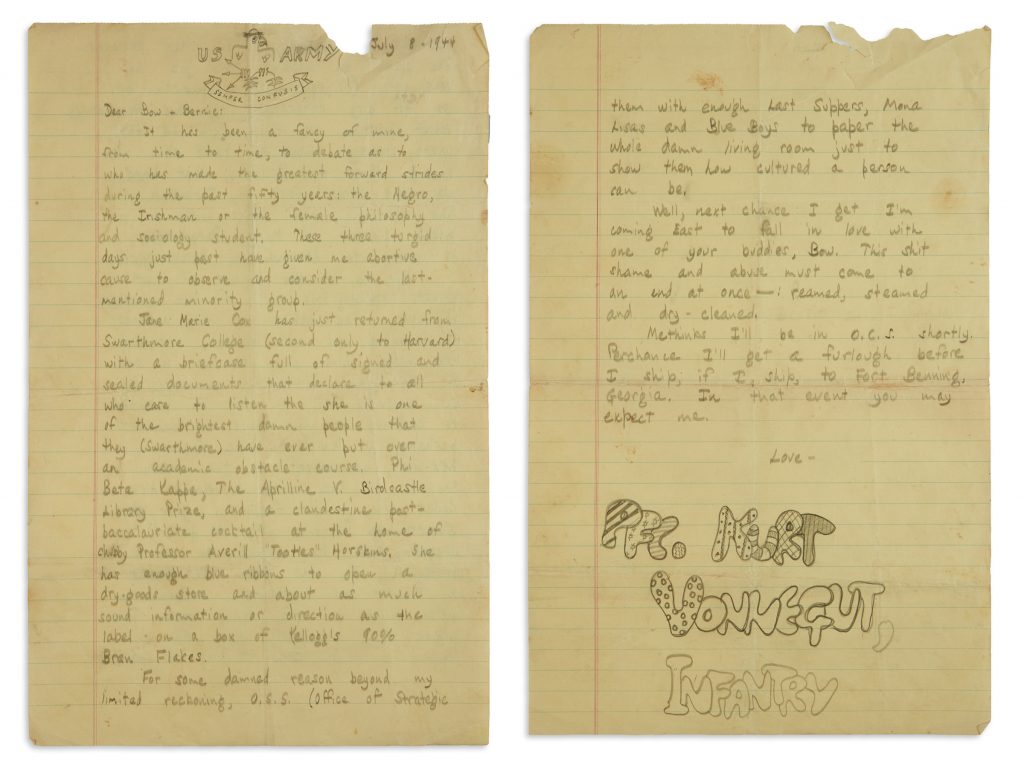 Vonnegut also drew interest with a signed and inscribed unpublished story from the 1940s, which sold for $4,500. 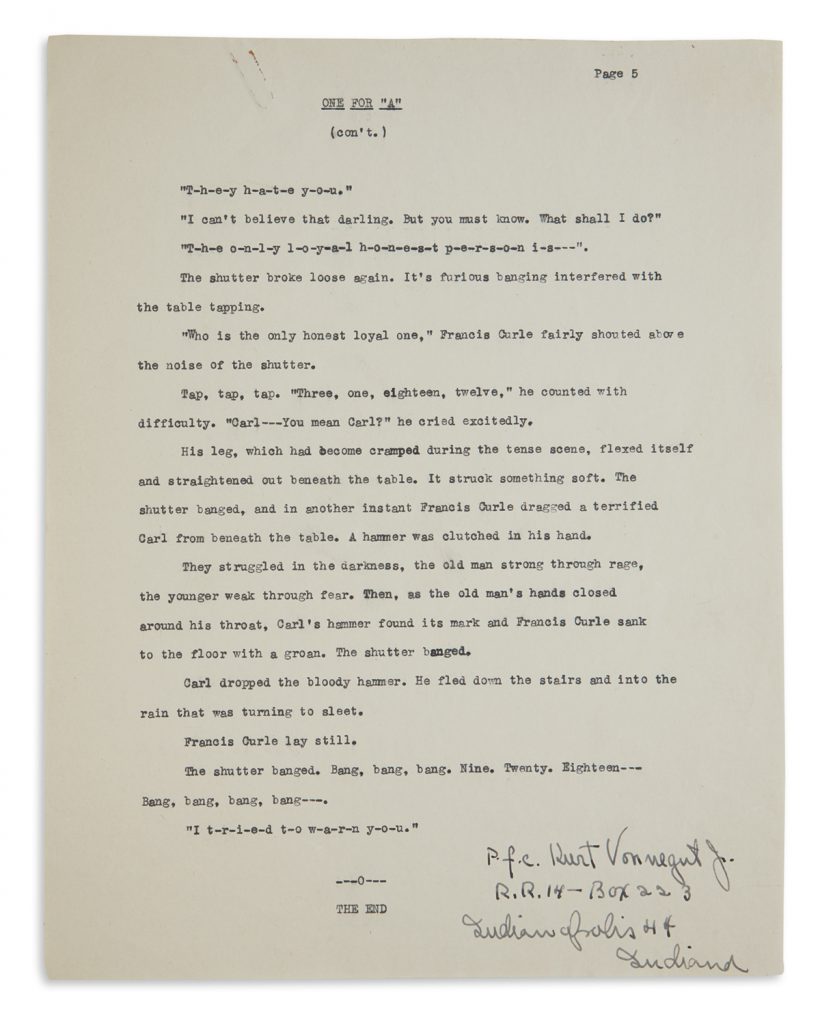 “Vonnegut’s letters are themselves tiny literary achievements. They sparkle with humor and keen observation, some with parts taking the form of a dialogue between his recipient and a fictional interlocutor; others serving as a sketchpad for clever insignias or flags that make a sarcastic commentary on the text running alongside. Vonnegut’s letters are a joy to read, and that the group Swann offered realized as high a price as it did is a testament to the fact that there are still those who appreciate the joy of reading.” 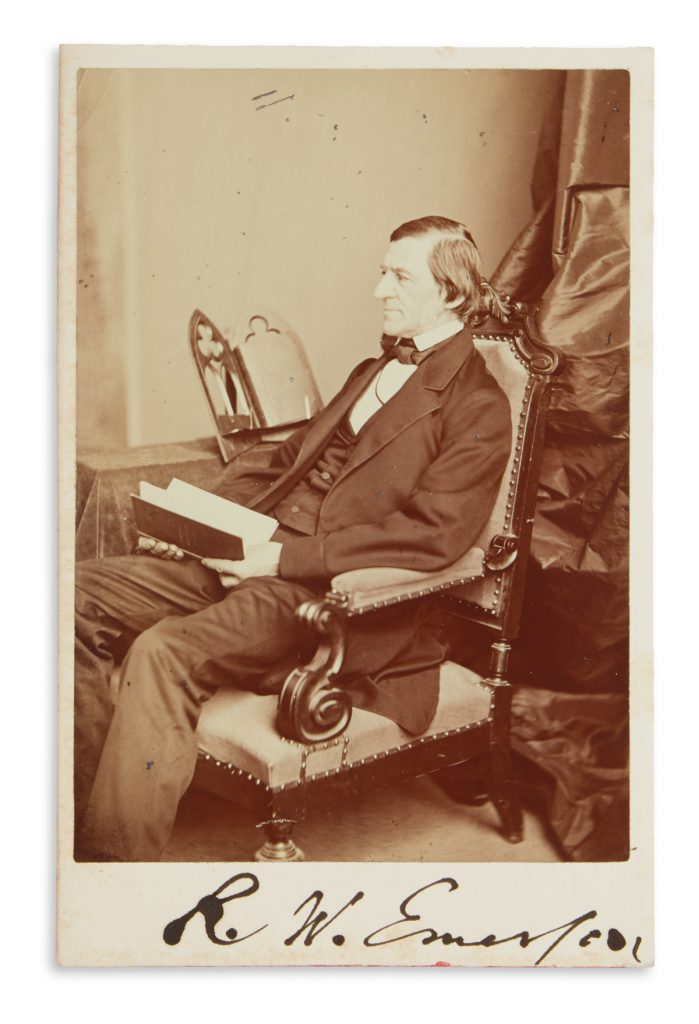 An autograph manuscript from Elizabeth Barett Browning, that featured a selection from her essay Walter Savage Landor, with holograph corrections, sold for $6,500 over a high estimate of $1,000. 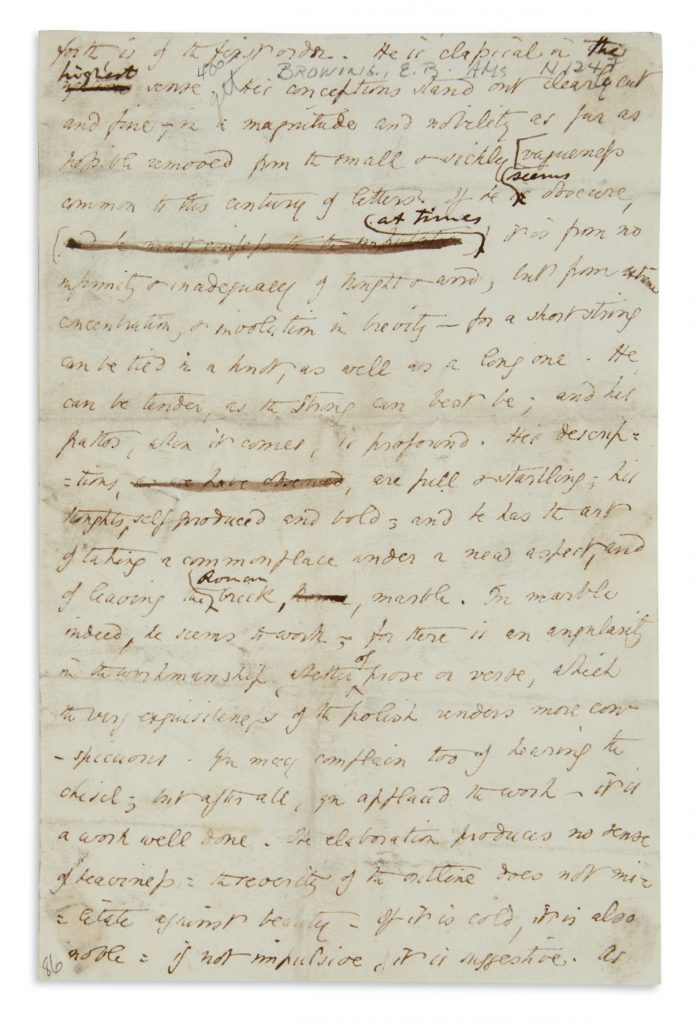 Ernest Hemingway’s autograph letter signed to Marlene Dietrich, thanking her for a number of things (including her patience) earned $4,680. 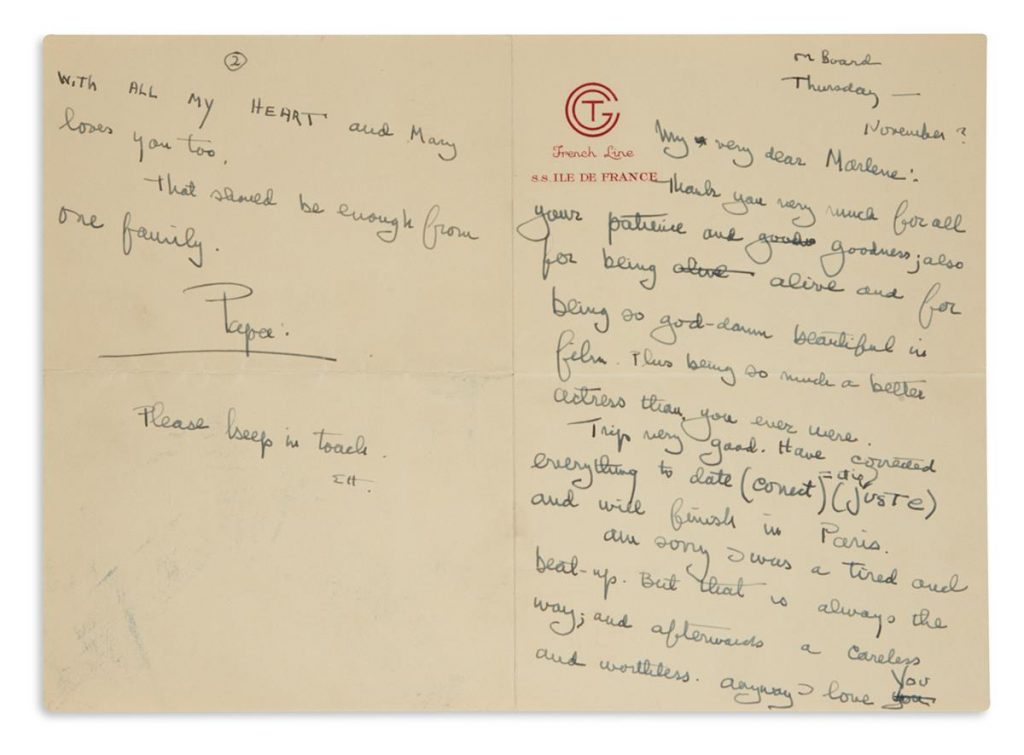 And, a typed letter signed from Margaret Mitchell to a fan, mentioning her characters from Gone with the Wind as if they were actual people brought $5,980. 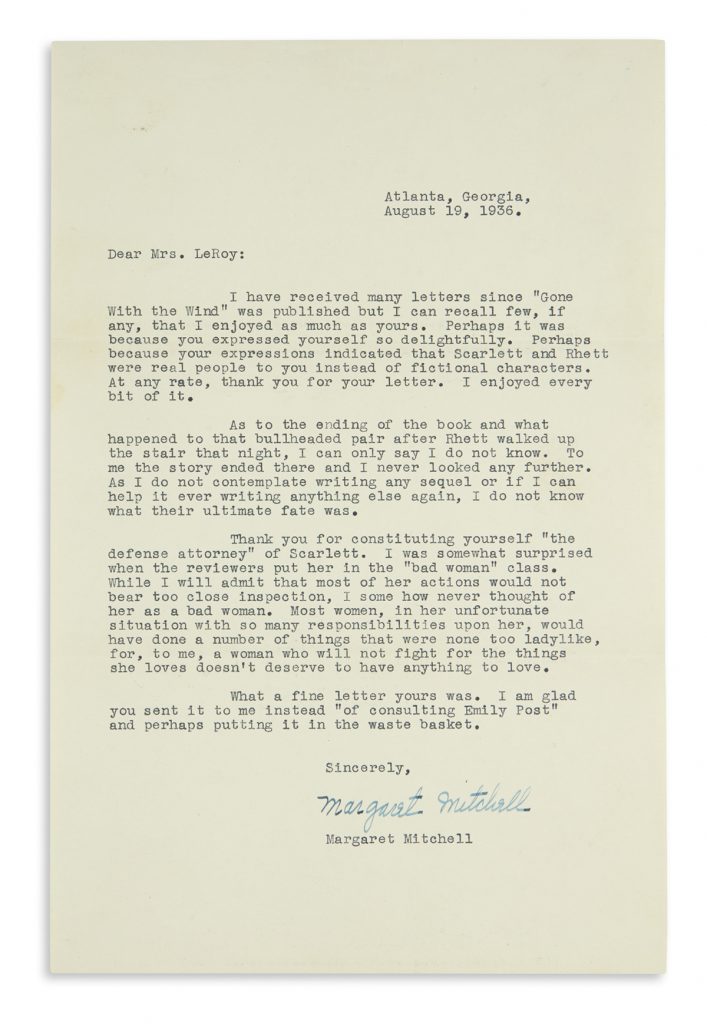 Innovators proved to be popular with collectors with an ALS by Louis Jacques Mandé Daguerre discussing his newly created portable camera, which grossed $12,350, and a photograph signed and inscribed by Orville Wright. The silver print shows the first flight of the Wright Flyer on December 17, 1903 with Wilbur running alongside the plane and Orville piloting ($6,750). 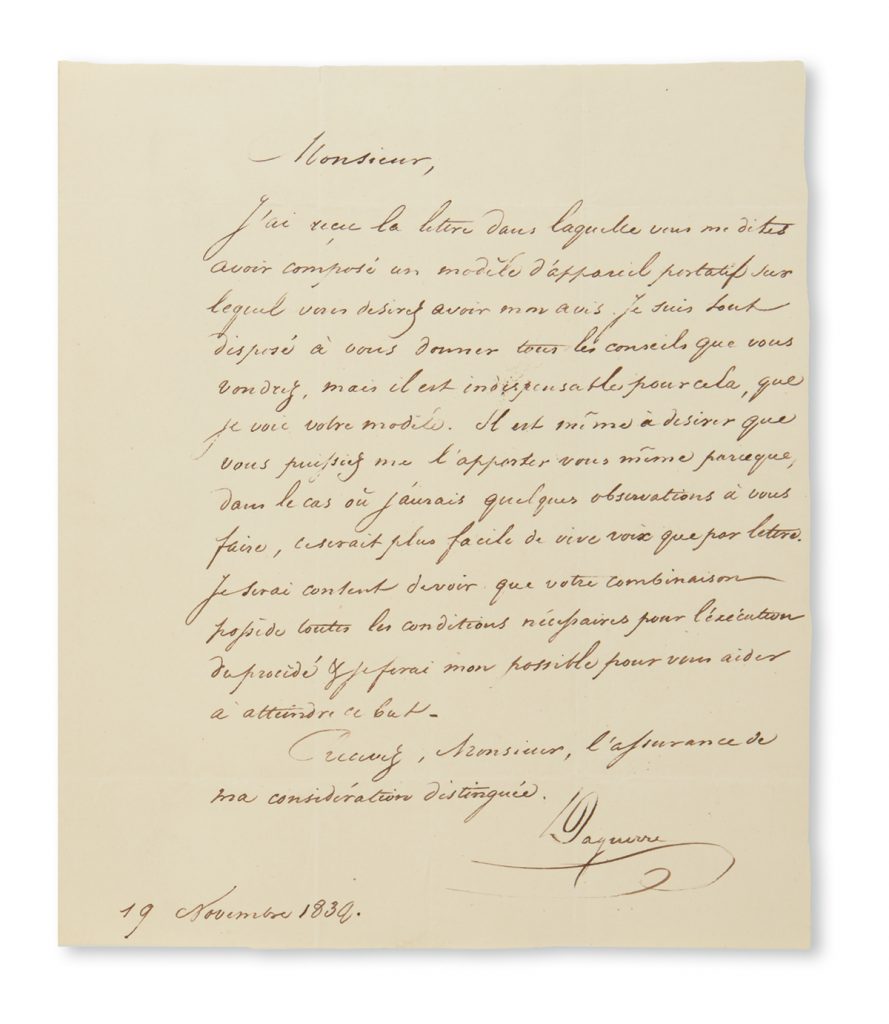 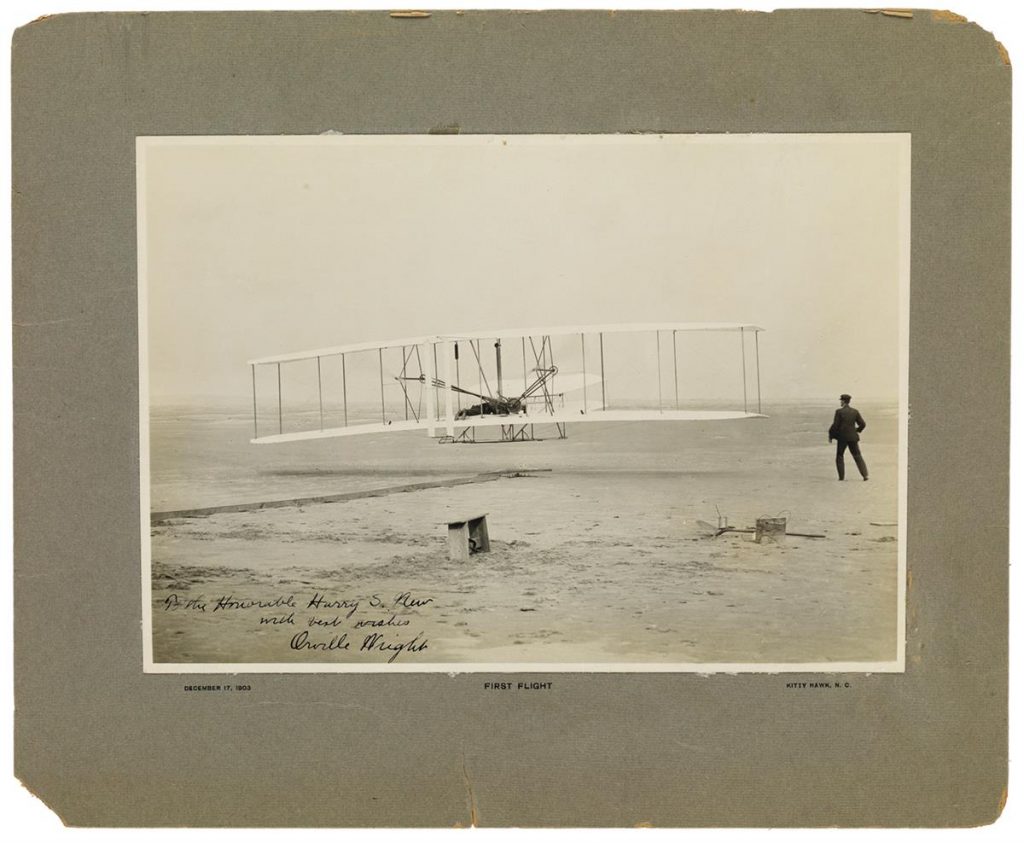 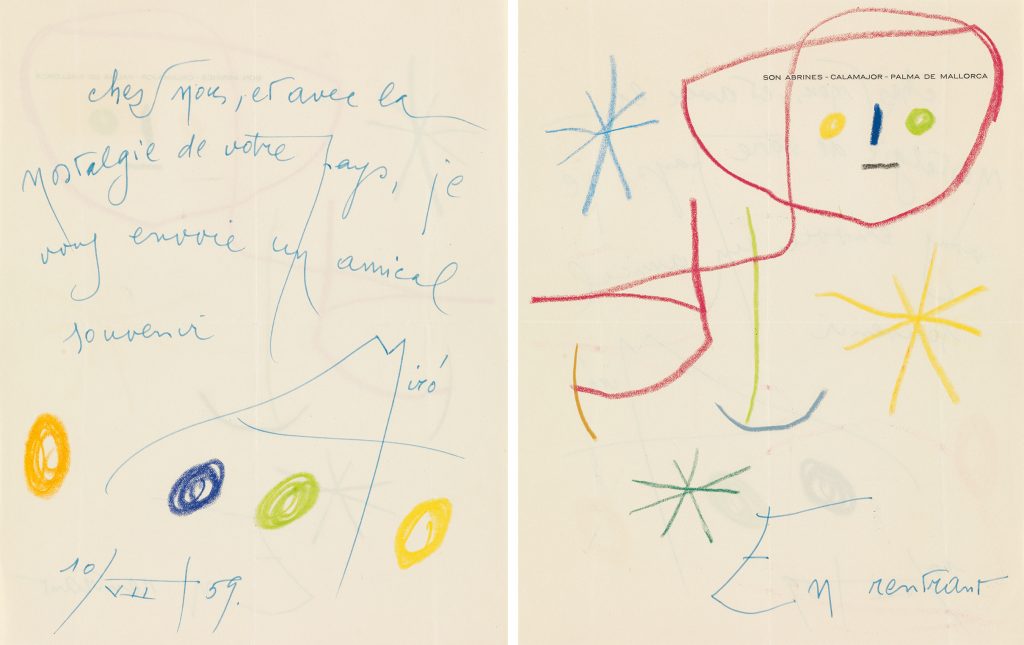 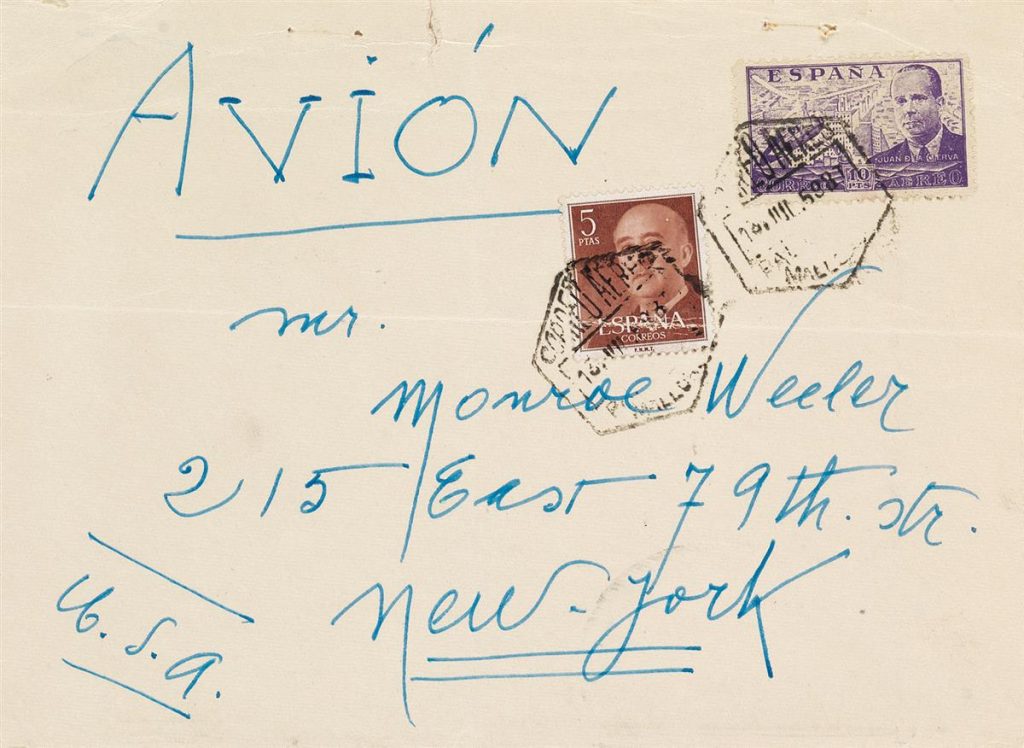 American icons saw success with a print depicting the moon landing, signed and inscribed by Neil Armstrong, which garnered $5,250. 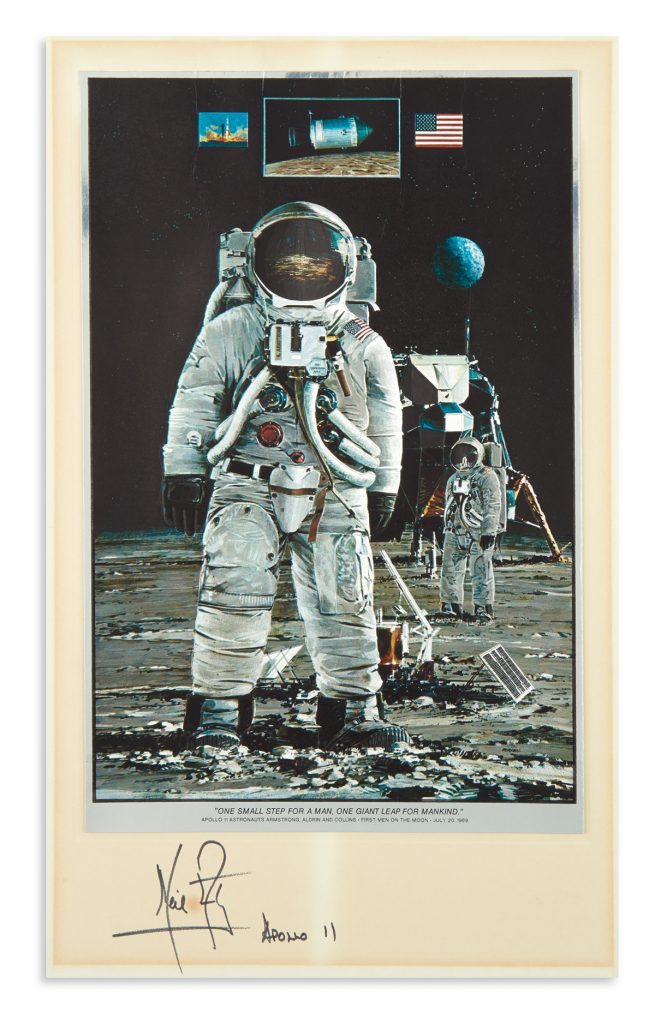 A Babe Ruth photograph signed and inscribed by the baseball player earned $8,125. 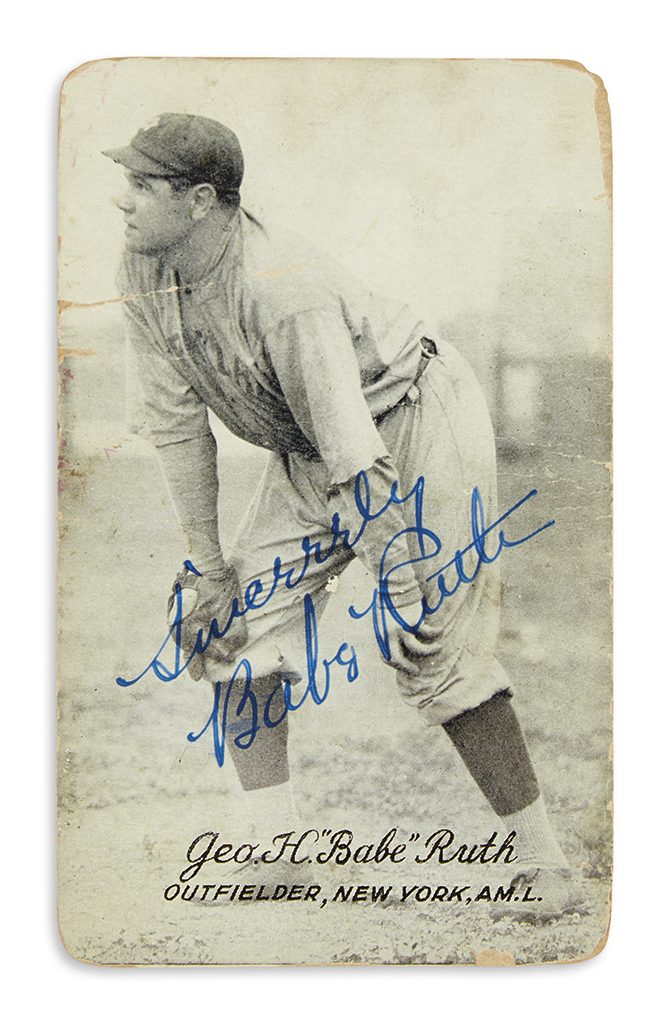 Correspondents from American Presidents and First Ladies featured an Abigail Adams autograph letter offering marriage advice to her son that reached $5,460. An ALS from Thomas Jefferson as Secretary of State reached $9,375. 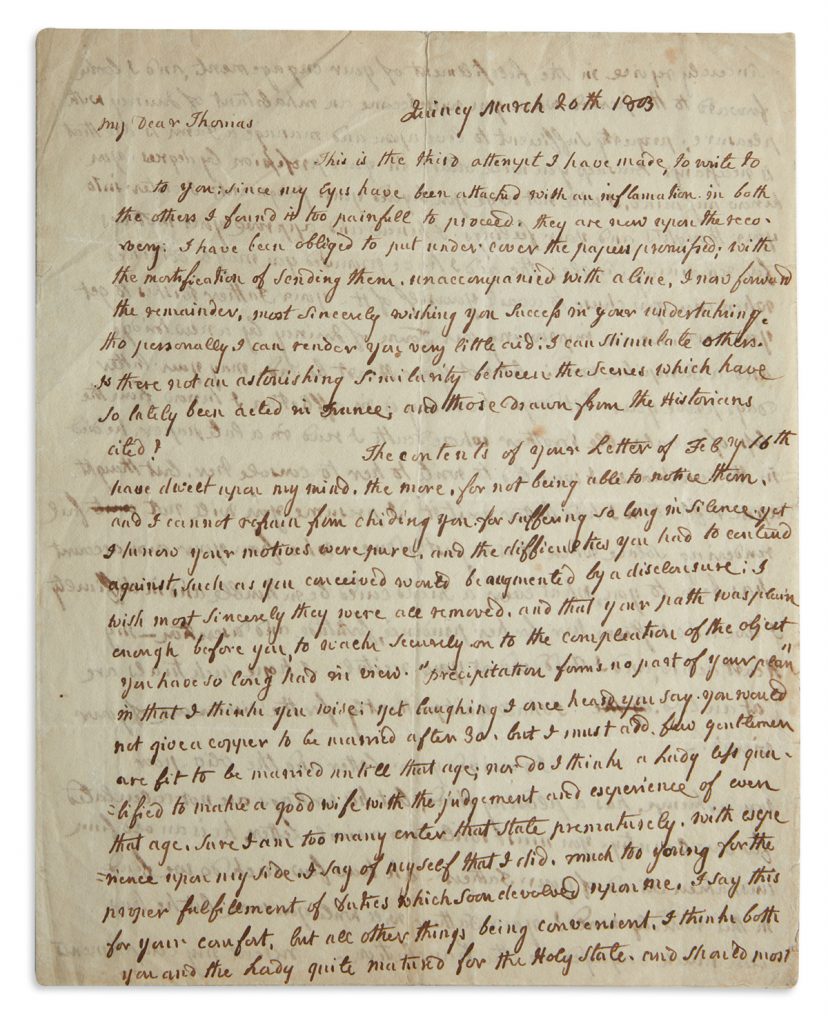 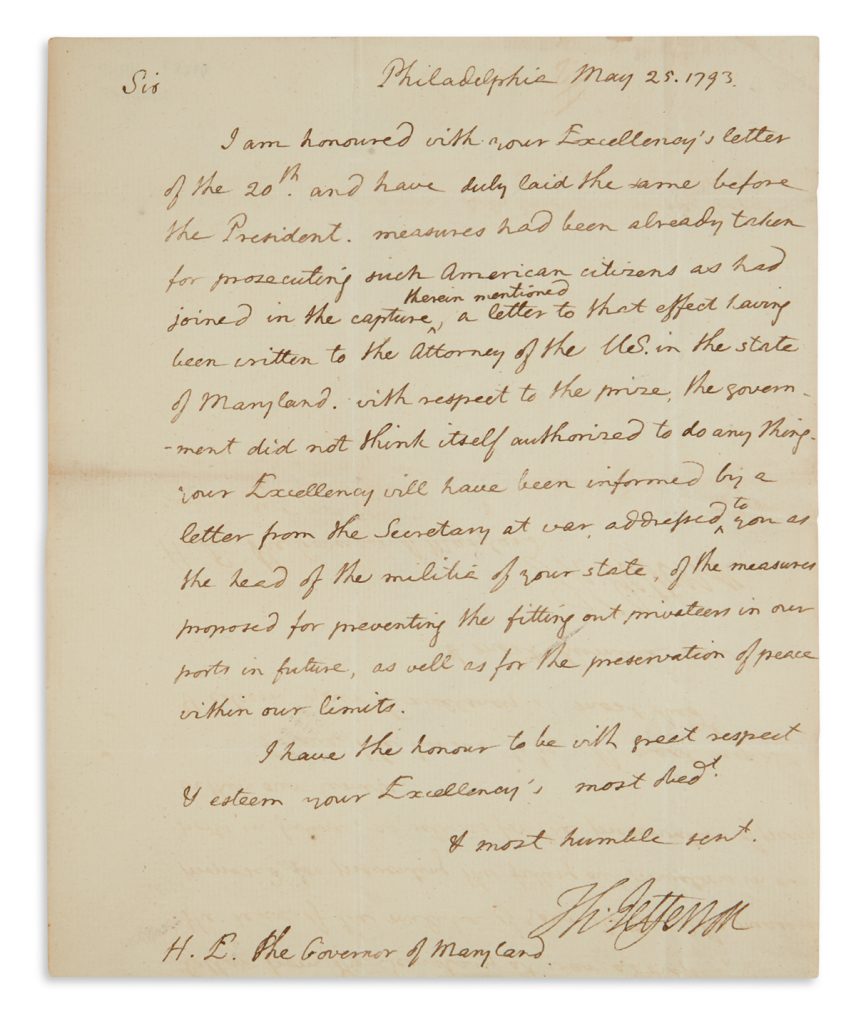 Abraham Lincoln was present with an autograph endorsement signed, as well as Mary Todd Lincoln with an ALS on mourning stationery ($6,240 and $5,750, respectively). 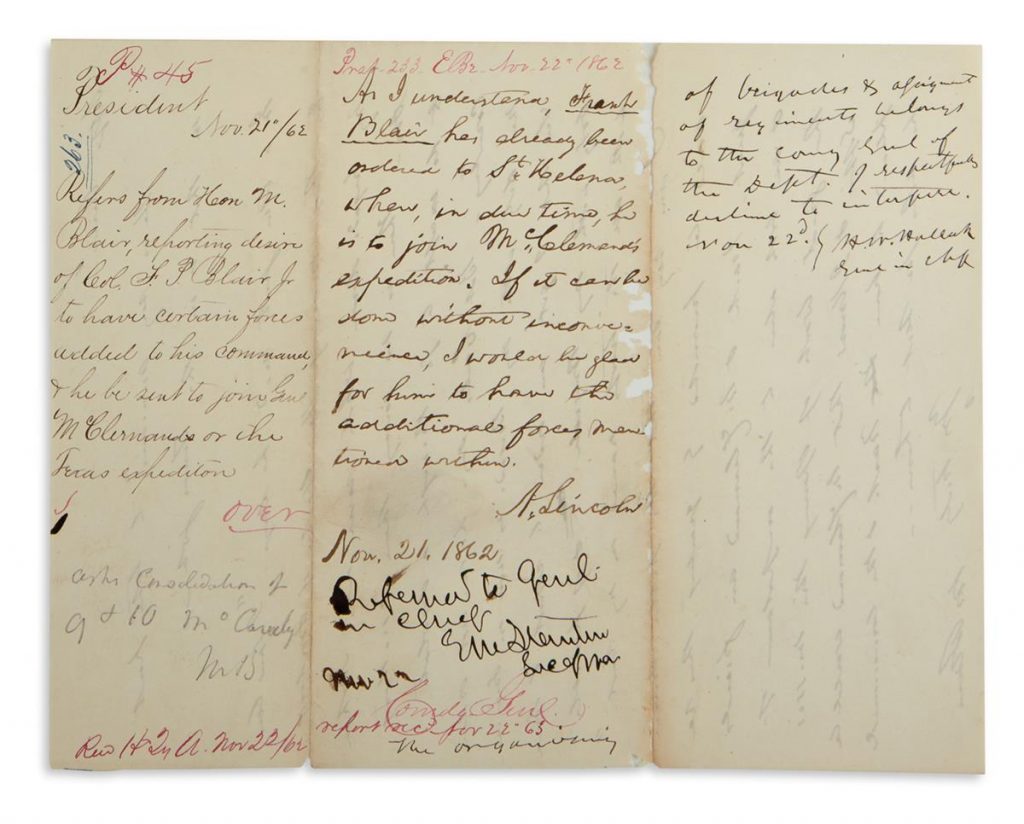 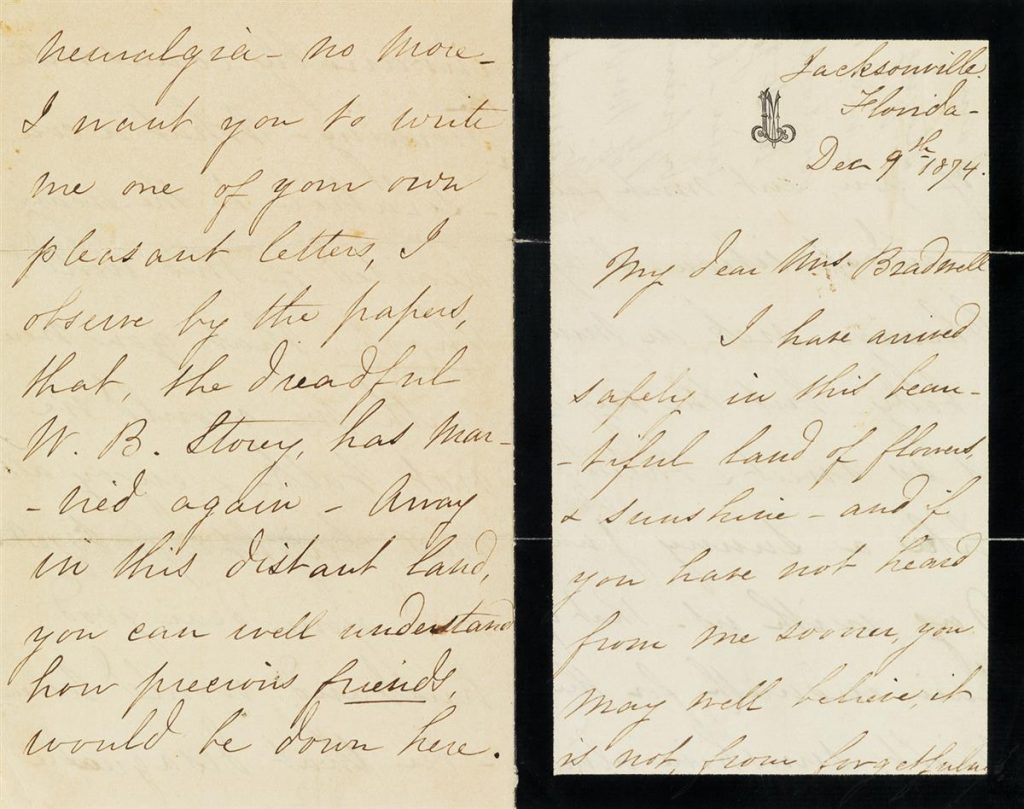 Modern U.S. Presidents featured John F. Kennedy with a sketch of his PT-109 on “United States Senate” stationary, which brought $5,200. 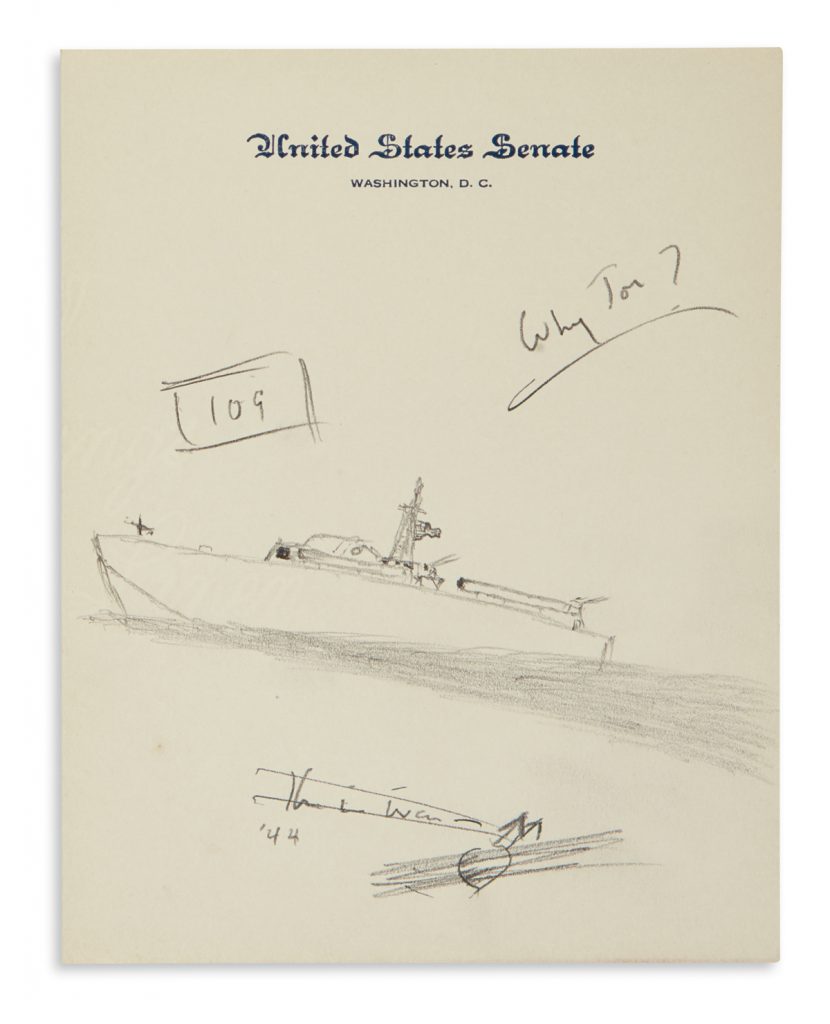 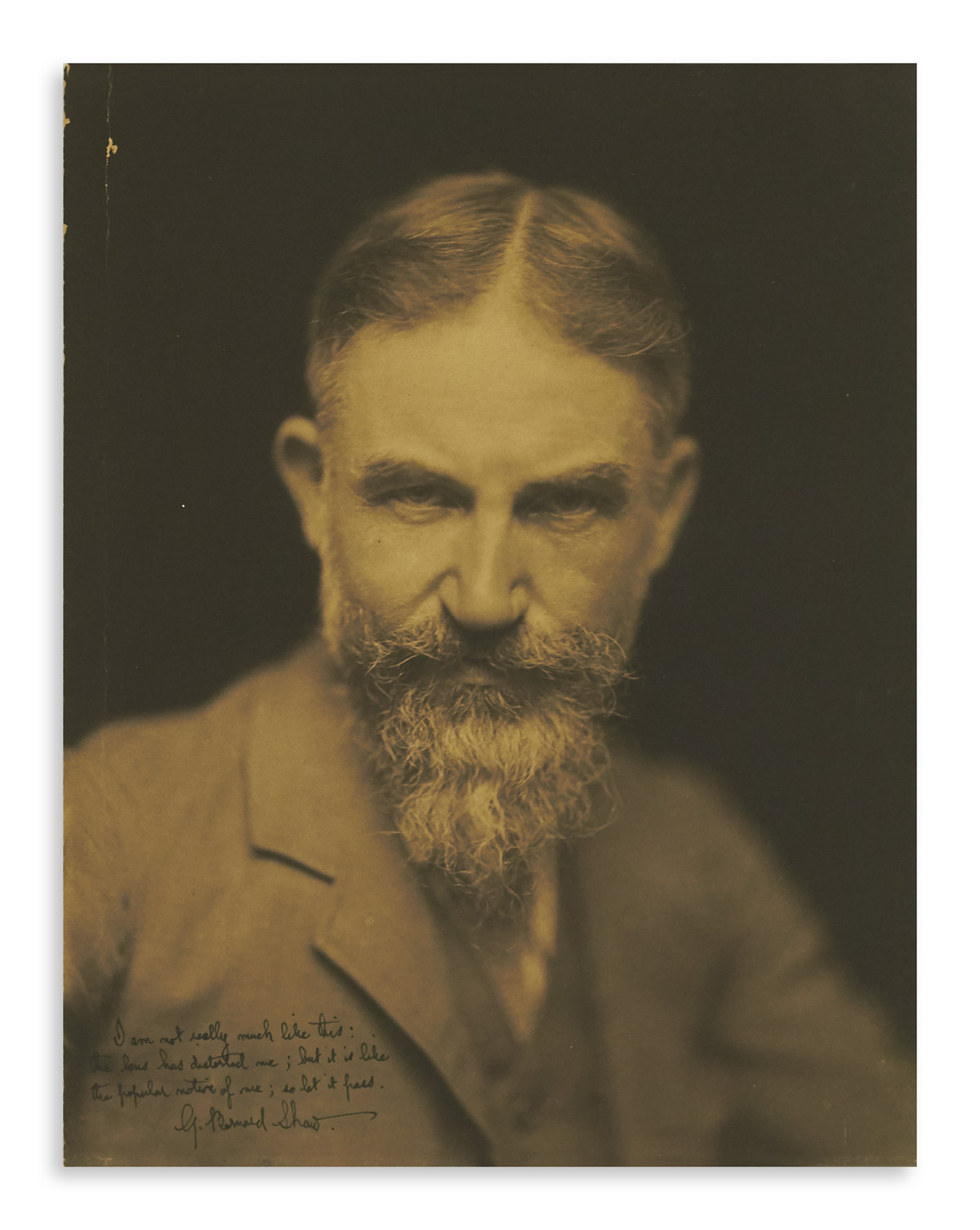 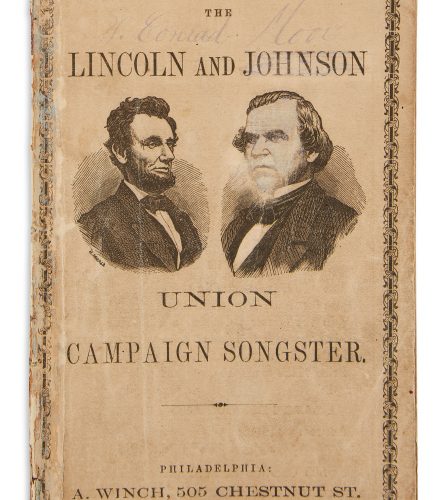