Our auction of Autographs on March 22 offered a selection of letters, photographs and works by some of history’s greatest game-changers, with communications by founding fathers, letters from artists and writers, and autographs by notable scientists all performing well. 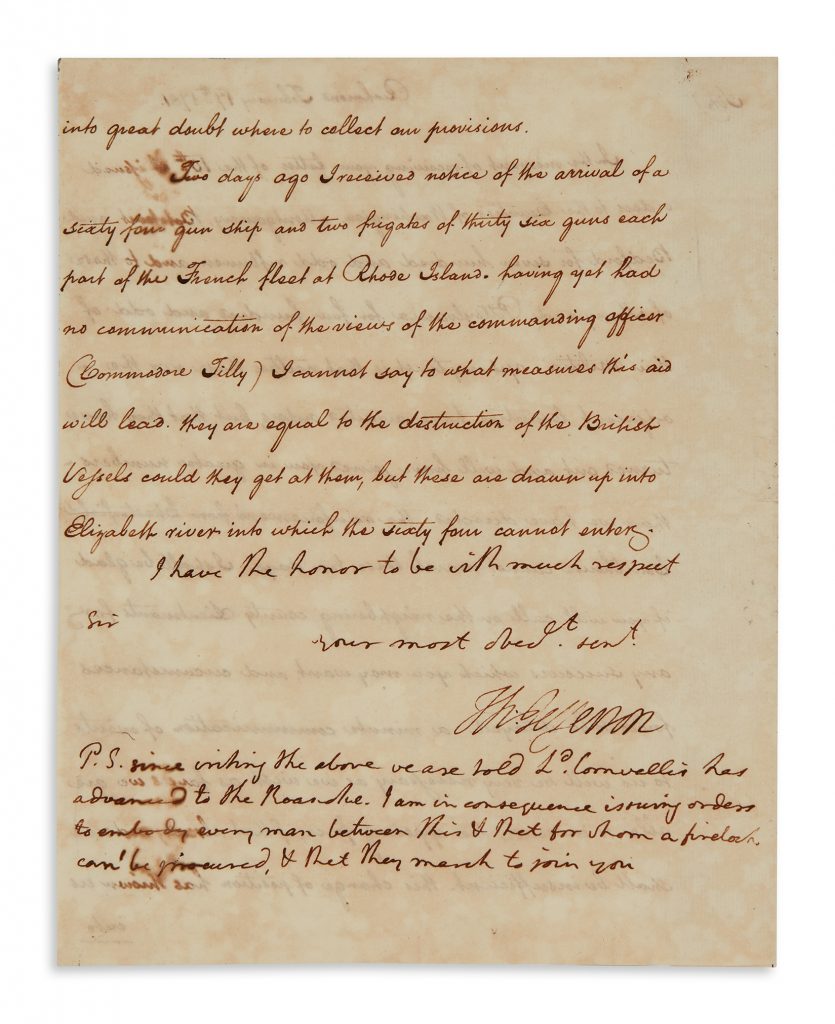 A selection of correspondence sent by preeminent figures during the Revolutionary War led the sale. An important Letter Signed by Thomas Jefferson to Major-General Nathanael Greene in February 1781, reporting that he has ordered over 1,000 riflemen to join him, exceeded its high estimate to sell for $35,000. A 1778 letter from Commander in Chief George Washington to General James Clinton preparing for the Sullivan-Clinton campaign against the Iroquois reached $25,000. 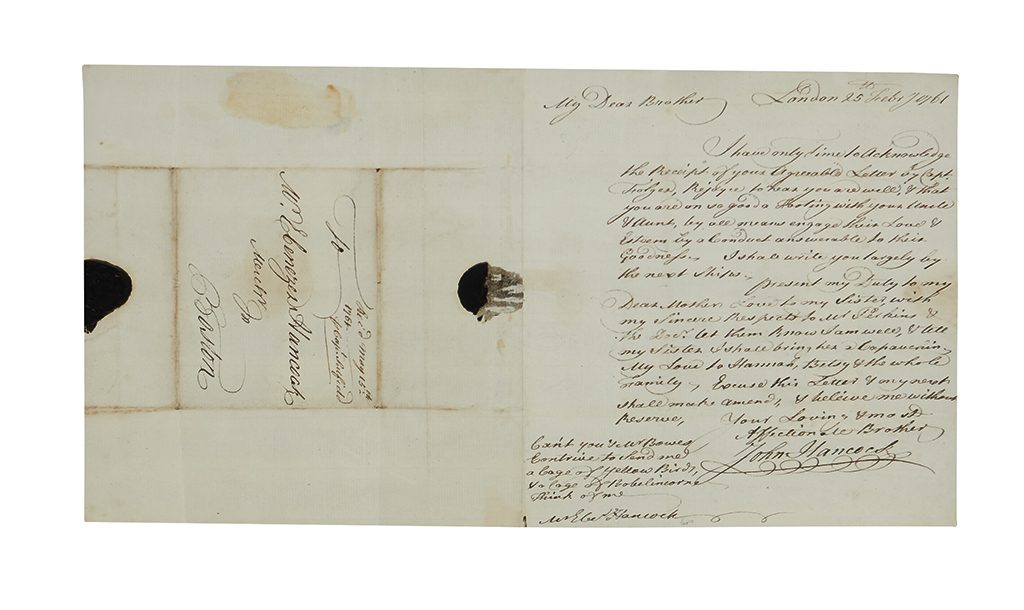 Long before the war, a charming letter by John Hancock in 1761 to his brother promises to bring his sister a monkey and requesting a cage of birds be sent to him in London. It was purchased by a collector for $16,200. War was also far from the mind of Benedict Arnold in his 1772 letter providing instructions to the captain of one of his merchant ships ($5,500). 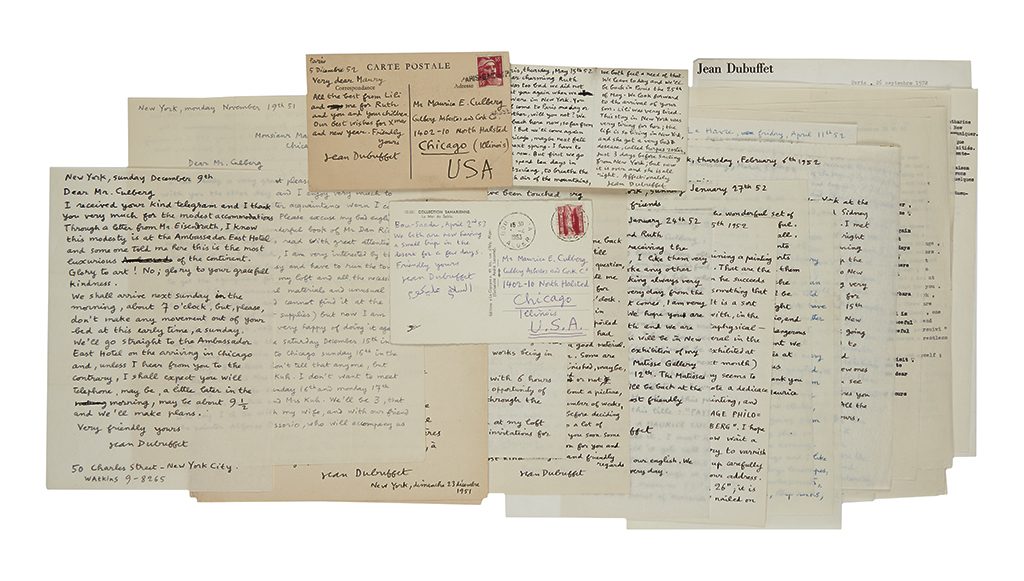 Autographs by artists of all stripes performed well, with an archive of 28 items by Jean Dubuffet going to an institution for $6,750. Letters by Jacob Lawrence and Hale Woodruff each achieved the highest price for his autograph at auction ($1,625 and $2,750, respectively). The first autograph by dancer Vaslav Nijinksy ever offered by Swann reached $6,480. 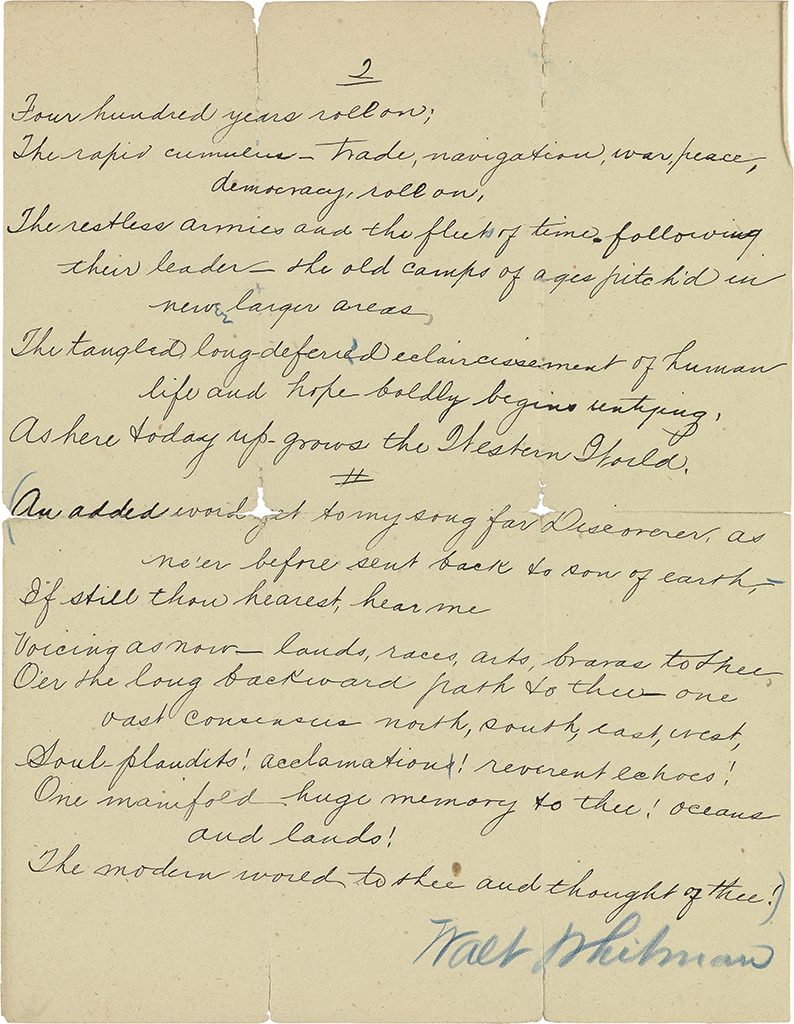 Walt Whitman’s final poem, A Thought of Columbus, transcribed from his deathbed by a secretary in 1892 and featuring his holograph notations and corrections was purchased by a collector for $20,000. An important letter by Charles Dickens to Lord Robert Grosvenor, 1838, that provides insight into the author’s process, reached $8,750. 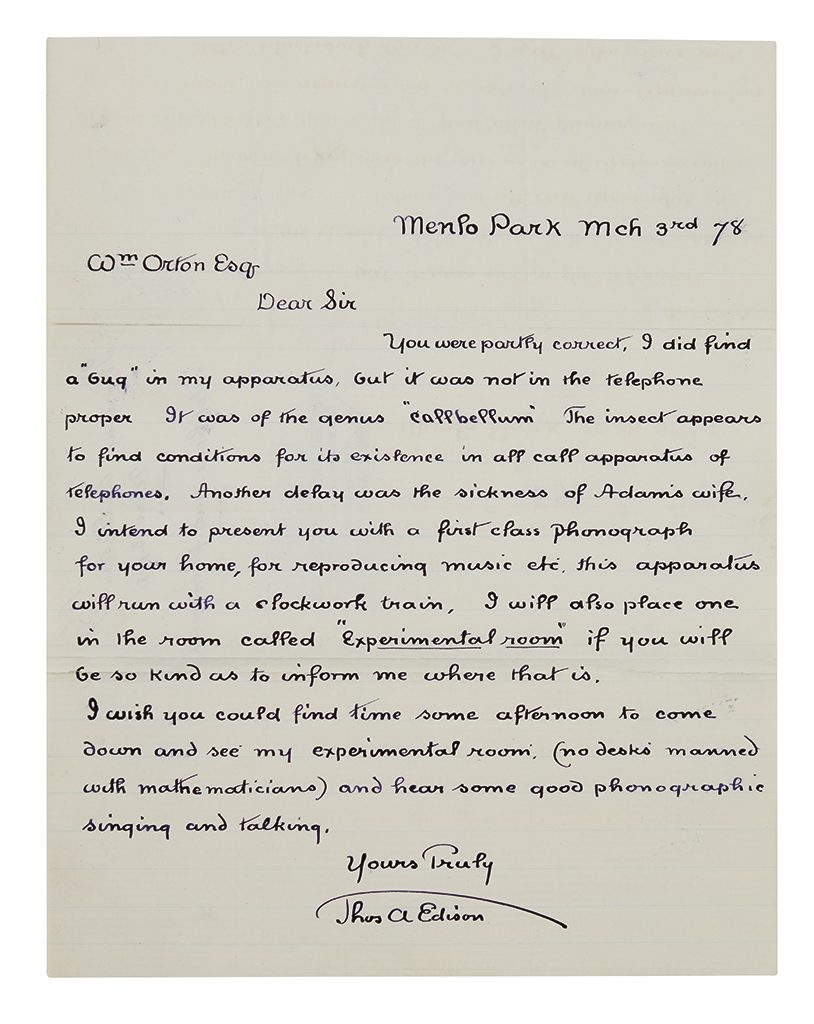 Correspondence by scientists also performed well, with amiable contents hinting at the humanity behind the genius. One of the earliest recorded uses of the term “bug” to describe a technological mishap, a term coined by Thomas Edison, appears in an 1878 letter to Western Union President William Orton, which sold for $12,500.

The next auction of Autographs at Swann Galleries will be Revolutionary & Presidential Americana from the Collection of William Wheeler III on June 21, 2018. The house is currently accepting quality consignments for autumn auctions.