Arthur Luiz Piza, a Brazilian mixed media artist trained in Paris, leads an ever-growing section of Latin American art in our biannual auctions of Contemporary Art.  An especially unusual piece by the visionary is a highlight in our November 16 sale. The following notes from the catalogue shed light on his life and process. 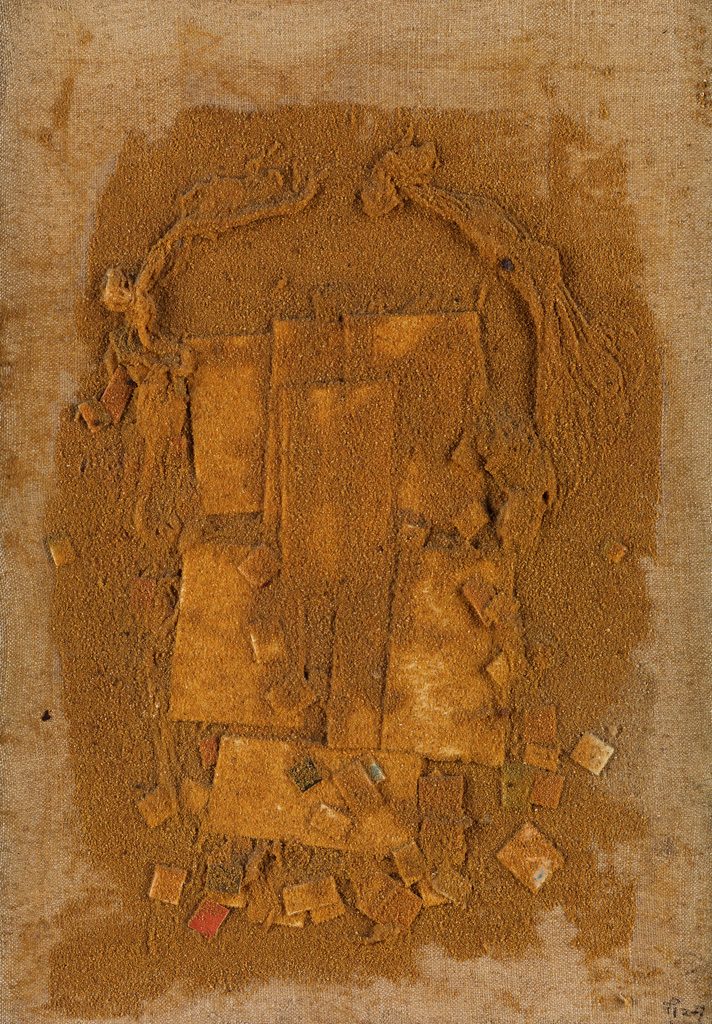 Piza relocated to Paris in 1951, where he lived and worked for most of his career. During his initial years in Paris, he trained under the master printmaker Johnny Friedlaender, adapting his style to the capabilities and demands of intaglio processes. Following this instruction, Piza began to use thicker plates than was typical for etchings, in order to make deeper, gouged incisions. This resulted in a three-dimensional textural quality in his printed works, as seen in Soleil rouge. He was awarded the National Engraving Prize early in his career, in 1959, for his innovations. 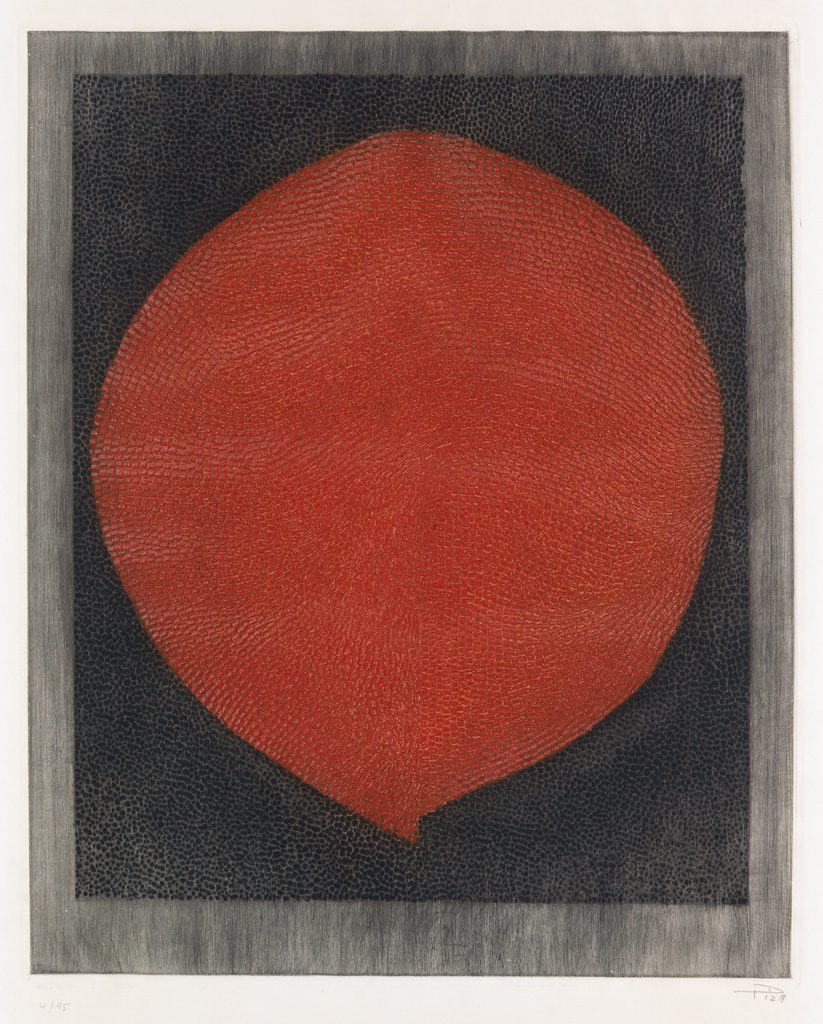 In addition to his printed oeuvre, Piza experimented widely with varied media, pushing the boundary between works on paper, painting and sculpture. His collage works from the 1960s, like Sans titre, incorporated anything from traditional material such as colored paper to more radical substances like sand. He worked on all forms of supports, including canvas, wood and cardboard. Piza expanded the technique to a sculpture, moving beyond two-dimensional work to incorporate issues of space and perception in his work. He threaded a consistent visual vocabulary through his prints, collages and sculpture that derived from his interest in netting and spatial relationships. 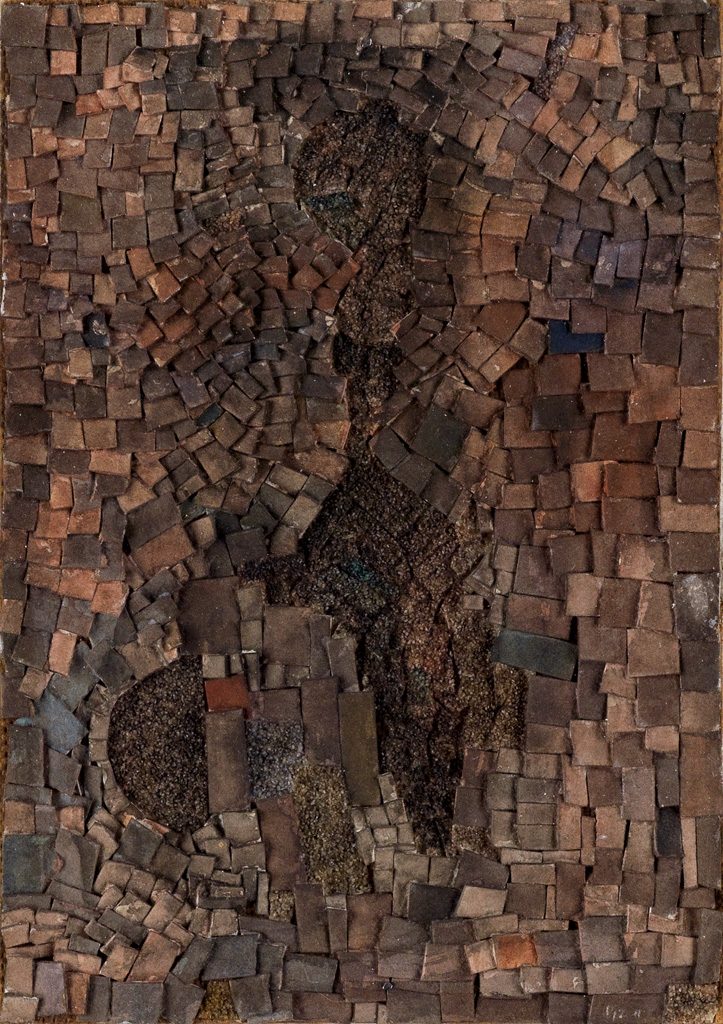 Piza initially exhibited his work in the inaugural São Paulo Bienal in 1951, preceding his move to Paris. Over the years, he exhibited his work at such esteemed venues as the Venice Bienale, Bienal de la Habana and Documenta. Piza’s work is in the collections of many institutions including The Museum of Modern Art and the Solomon R. Guggenheim Museum in New York, as well as the Centre Georges Pompidou in Paris. He passed away in 2017 after a lifetime of rich artistic production. 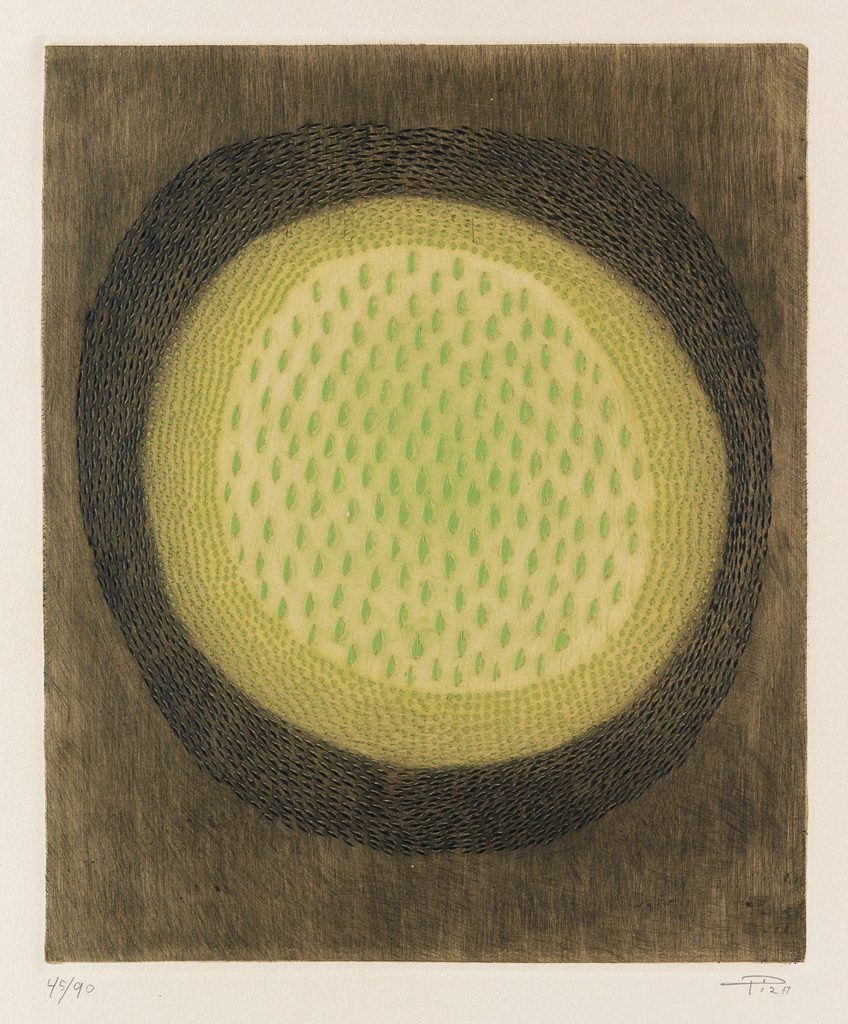