With the unfolding story surrounding a box of photographic negatives discovered in California, which were originally reported to have been taken by esteemed photographer Ansel Adams, many questions have popped up related to the photographs market. Those include establishing authenticity and monetary value, as well as what makes one photographer’s work more desirable than another’s. Swann’s Director of Photographs Daile Kaplan shares her expertise. 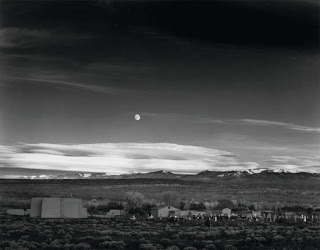 
Because photography is considered one of the most popular—and populist—art forms, there’s plenty of misinformation regarding what constitutes the value of a fine art photograph. Authenticating a photographic print or negative is essential—particularly if it’s unsigned. Establishing authenticity is the first step in evaluating a work of art and requires a detail-oriented approach, which is known in the trade as “due diligence.” Often the provenance, or history of ownership, is key in clarifying whether a photograph is authentic. Knowing the particular choices each photographer makes is also essential: type of paper, size or format of image, tonal range of print, placement of signature, and presentation (mounted or unmounted). Specialists at auction houses bring years of experience and a knowledgeable eye to each artwork, regardless of its commercial value. Read More…

The idea that a beautiful landscape looks like, or resembles, a picture by a recognized master may get the juices flowing. But appearances can be deceptive. Although several important 19th century photographers actually signed their negatives, no artist in recent years has done so. In addition, 20th-century photographic negatives rarely—if ever—trade in the marketplace: the photographic print is what’s coveted. And, if that print was produced after a photographer’s death and is unauthorized by his or her estate, beware. Additionally, two nearly identical photographs by the same artist, but printed years apart, will also have different value. A print is considered “vintage” if it was made within a few years of the negative, and are more highly coveted than later printings, even if the image is the same.


Collectors and appraisers alike require a specialized knowledge to better understand the aesthetic components of a photograph and how those parts add up. The moral: if it sounds too good to be true, it probably is!