From the catalogue for our March 30 sale of Printed & Manuscript African Americana. The sale will feature a run of 16 lots of letters and ephemera from Mount Vernon before its dissolution. 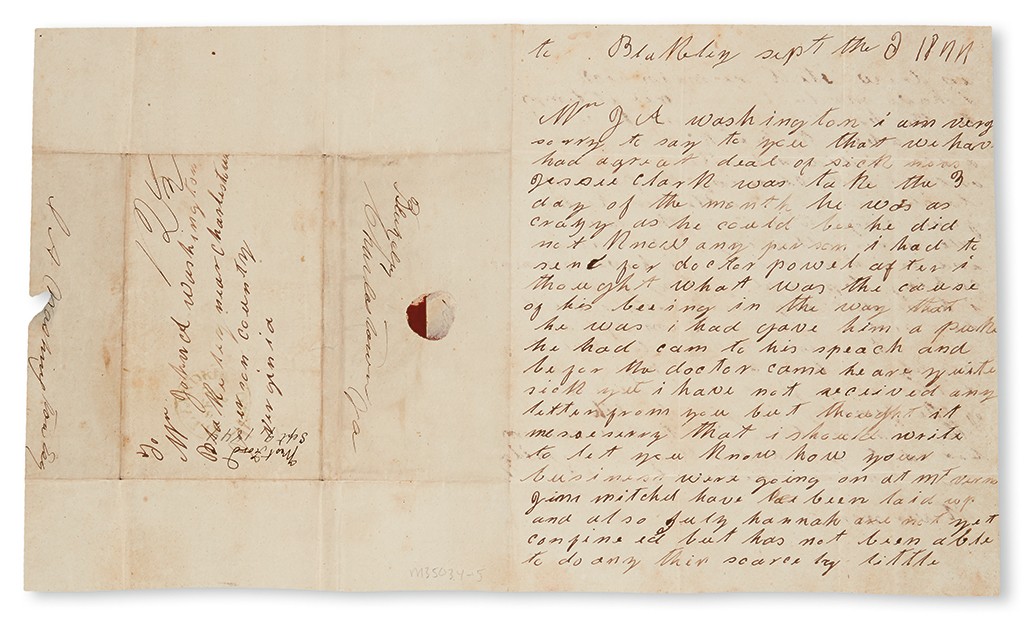 The income for the estate came from wheat and potato production, the sale of cut wood, and the sale and rental of slaves, as well as land rentals and a herring operation on the Potomac. But all of these together could not slow the eventual decline of Mount Vernon. The combination of bad harvests, insect infestations, bad weather and bad management brought the estate to a point where John Augustine decided to allow the estate to become a full-time tourist attraction. A deal was made with the proprietors of the Thomas Collyer to permit their steamboat to dock directly at Mount Vernon, bringing tourists to the doorstep. He also promoted and invested in the construction of the Alexandria, Mount Vernon and Accotink Turnpike Road, which was designed to make travel easier to Mount Vernon overland. However, all these measures were still not enough to halt the eventual collapse of the estate. 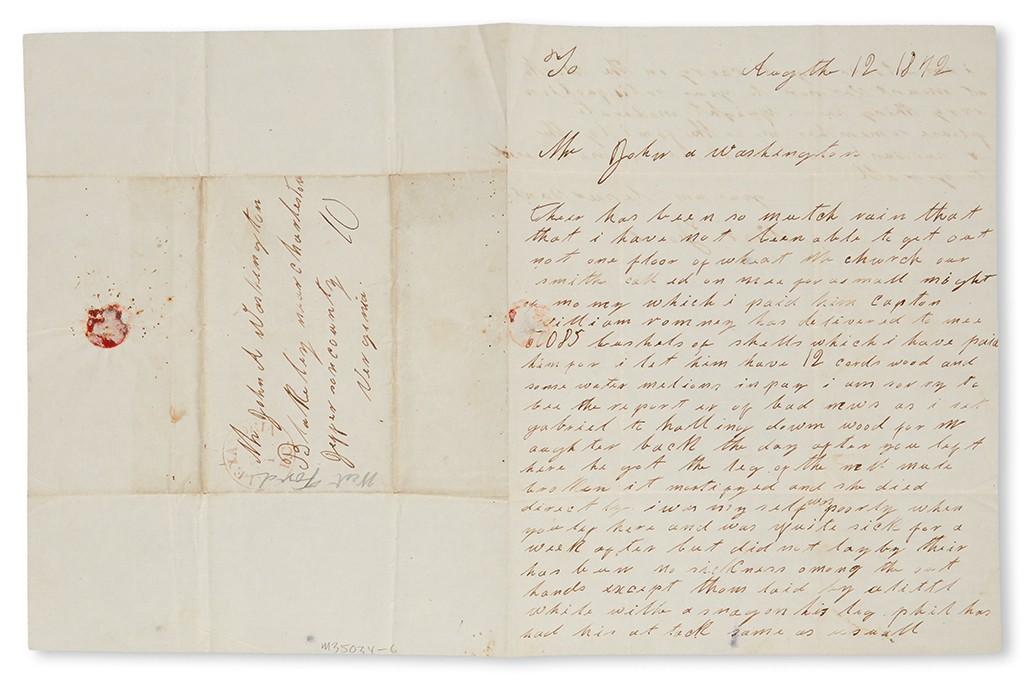 John Augustine approached both the federal government and the state of Virginia with a plan to turn the estate into a national shrine, but with the Sectional Crisis brewing, neither was of much help. So in 1858, he sold a sizeable piece (some 200 acres) of the land, including the main house, a few smaller structures and the family tomb, to the Mount Vernon Ladies Association (MVLA). John Augustine and his family relocated to Waveland Plantation in 1860. A year later, following the firing on Fort Sumter and secession of the southern states, John Augustine joined the confederacy as aide-de-camp to his relative by marriage, Robert E. Lee. In September of 1861, he was shot dead by a union sniper. 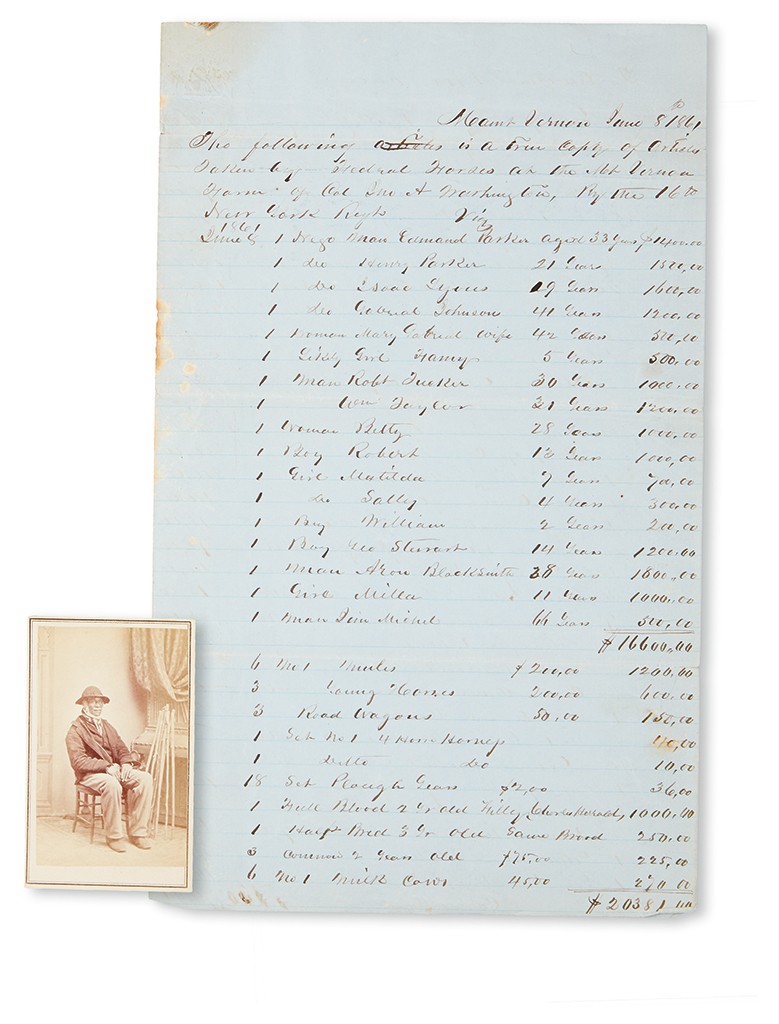 These 16 lots of letters and related documents cover an approximate period of the last three decades of Mount Vernon while it was still in the hands of the Washington family. Their content reveals the issues facing John Augustine Washington in terms of the decline of the estate, as well as his relationship with his mother and other members of the family. Most importantly, they shed light on his relationship with West Ford, a favorite former slave and estate manager.

See the full catalogue for more glimpses of history.