Our March 24 Printed Manuscript & African Americana sale will feature important material, from slavery through the civil rights era, as well as noteworthy literature and music, including iconic cornerstone pieces such as Benjamin Banneker’s first almanac from 1792. Several important lots relate to Black baseball, both from the Negro Leagues and from much earlier, including the earliest known photographs of Black ballplayers in action, from circa 1871.

Also featured is a collection from the late Jack Greenberg, the longtime head of the NAACP Legal Defense Fund, reflecting his close association with the leading figures of the Civil Rights movement, including a signed photograph from his mentor, Thurgood Marshall, and a warmly inscribed copy of Martin Luther King, Jr.’s Why We Can’t Wait, discussing the Birmingham campaign—Greenberg and the LDF secured King’s release from the Birmingham Jail.

Related Reading: Listen to Dr. Martin Luther King, Jr. Speaking to the SCLC Board in 1968 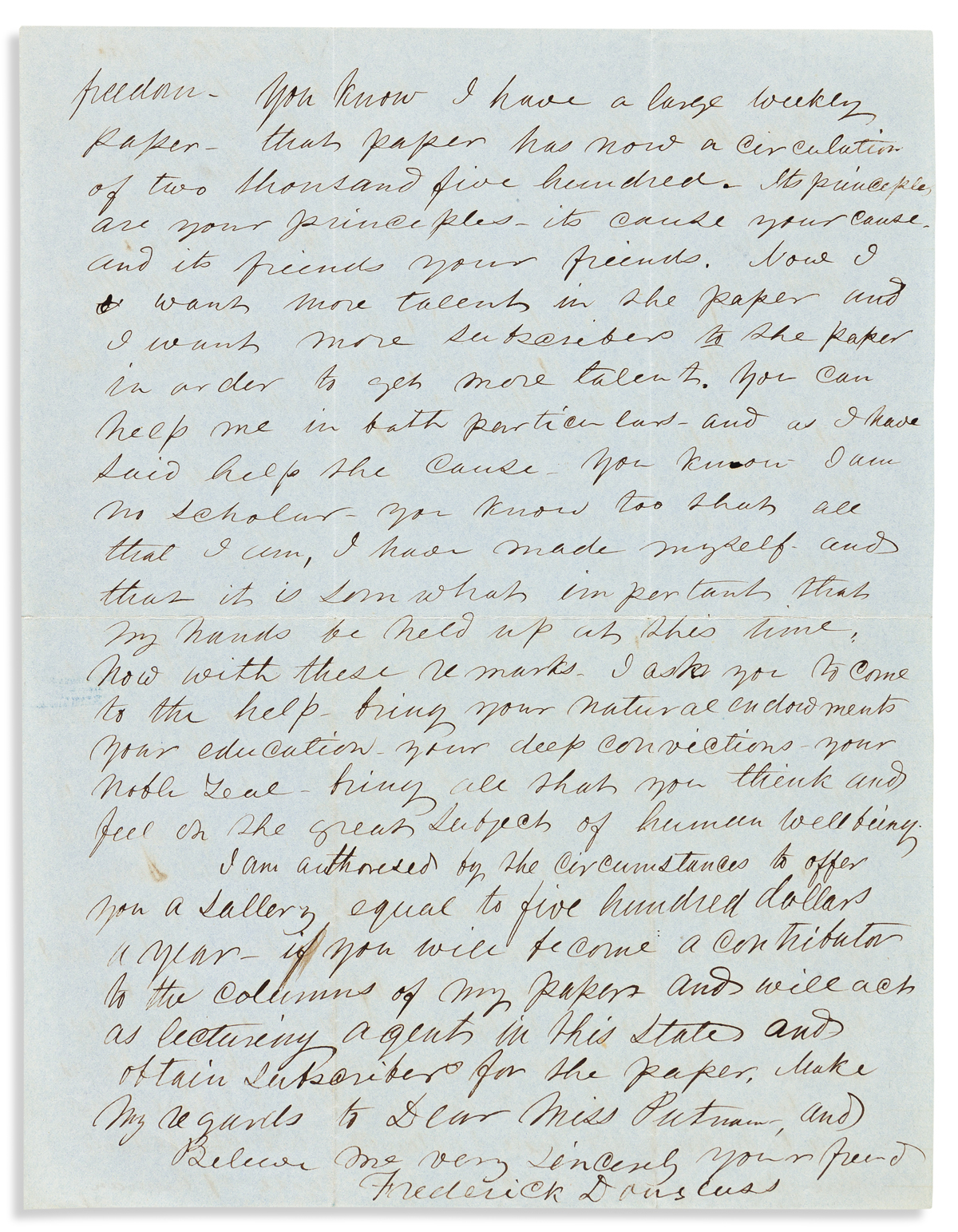