The spring 2017 season at Swann Galleries marked the 75th anniversary of our first auction. On March 27, 1942, Benjamin Swann held an auction dedicated to rare and antiquarian books. Since then, Swann Galleries has become the largest auctioneer of Works on Paper in the world, and New York’s oldest specialty auction house.

Over the last 18 sales, we offered more than 7,000 lots and broke more than 60 auction records. 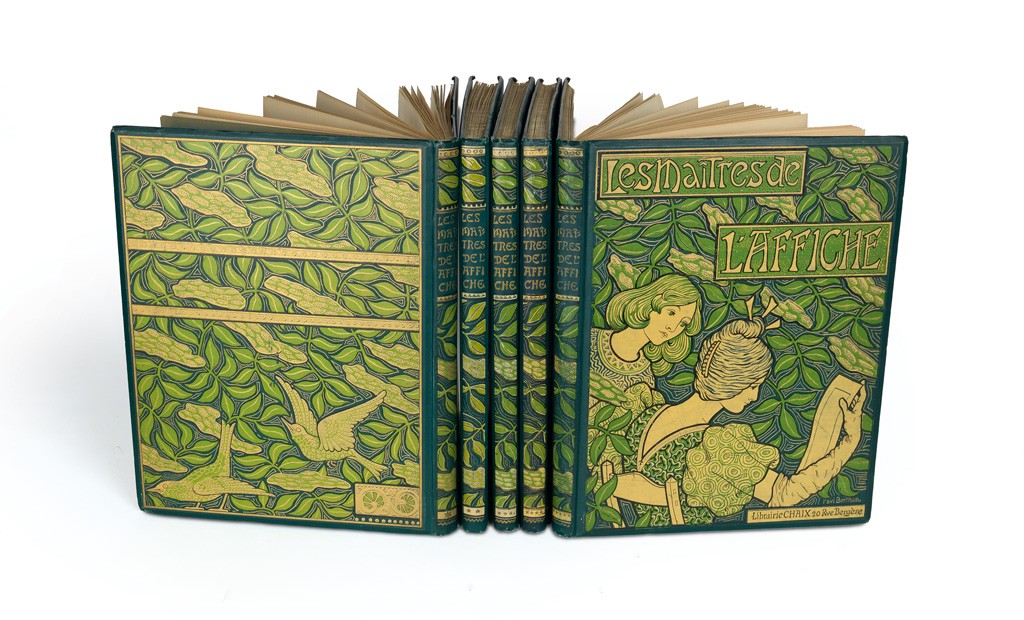 We opened the season with a landmark single-owner sale titled Alphonse Mucha & Masters of Art Nouveau: The Harry C. Meyerhoff Collection, the largest private collection of works by the artist and his circle ever to come to auction. Ninety-four percent of the 220 posters, sketches and ephemera – more than half of which were by Mucha – found buyers. Many of the pieces were unique, previously unrecorded, or had never before appeared at auction. The top lot was the complete set of five volumes of Les Maîtres de l’Affiche, which was published periodically in Paris from 1896 to 1900. The art critic Roger Marx compiled what he believed to be the best Art Nouveau posters of the time from Europe and the U.S., with full-color lithographs of works Jules Chéret, Henri de Toulouse-Lautrec, Théophile Alexandre Steinlen, Mucha and others. The set, in its original binding designed by Paul Berthon, was purchased by an institution for $47,500. 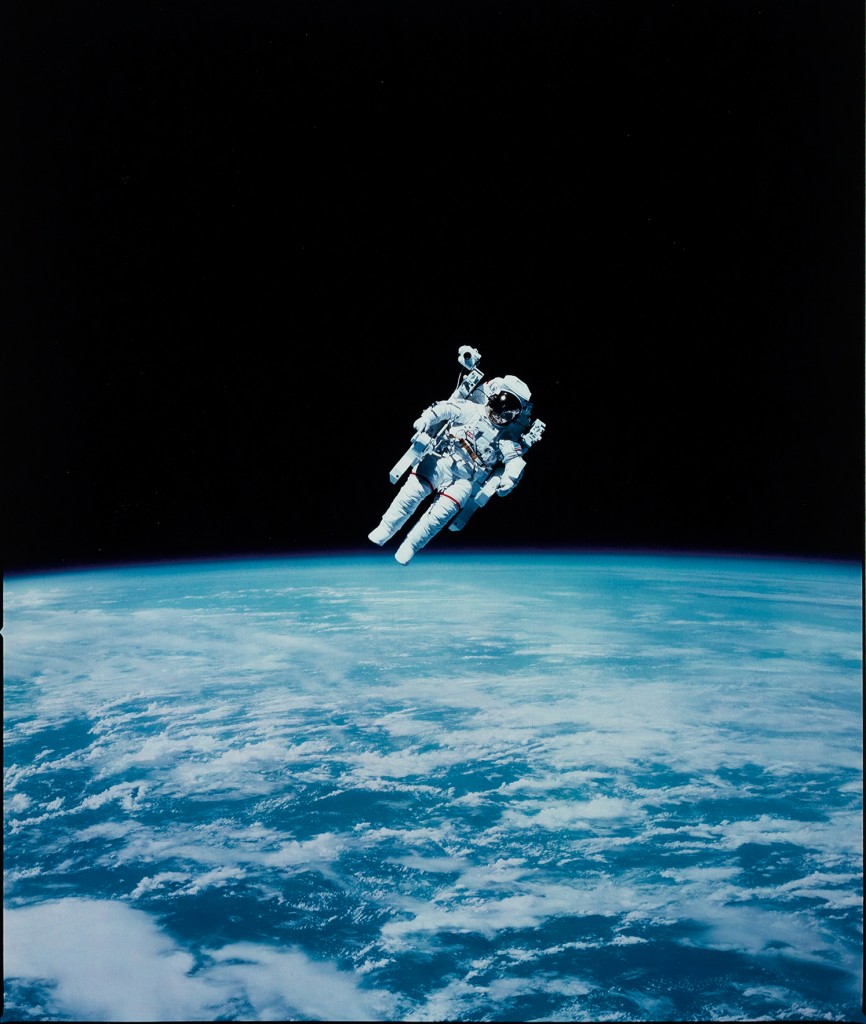 On February 14 we offered Icons & Images: Photographs & Photobooks, 65 years to the day after Swann held the first U.S. auction dedicated to photographs, The Marshall Sale, on February 14, 1952. The $1.6M sale featured a run of lots related to the moon landing and space exploration. A group of 22 large cibachrome prints from NASA missions, 1965-84, reached a final price of $43,750, above a high estimate of $25,000. 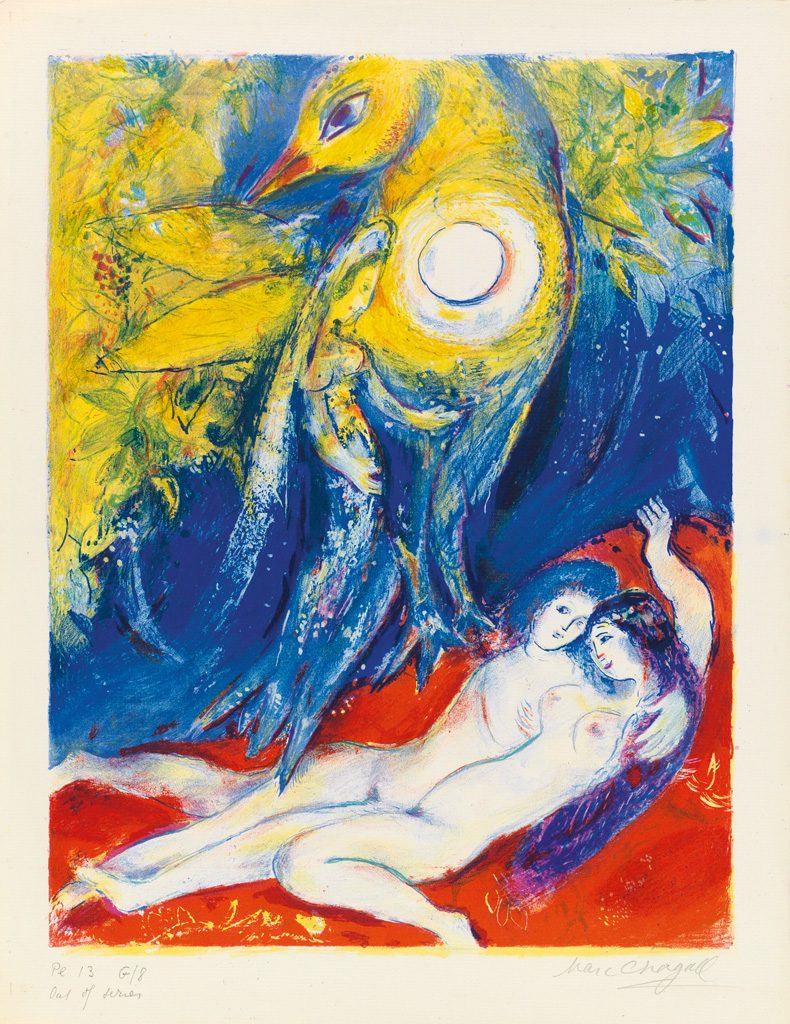 Topping our March 2 sale of 19th & 20th Century Prints & Drawings, which exceeded $3M and broke ten auction records, was the rare deluxe edition of Marc Chagall’s portfolio Four Tales from the Arabian Nights, of which only 11 were printed. Previously, the set belonged to Kurt Wolff, publisher of Pantheon Books. The vibrant color lithographs include a 13th plate denoting the deluxe edition; still in its original case, it was purchased by a collector for $269,000. 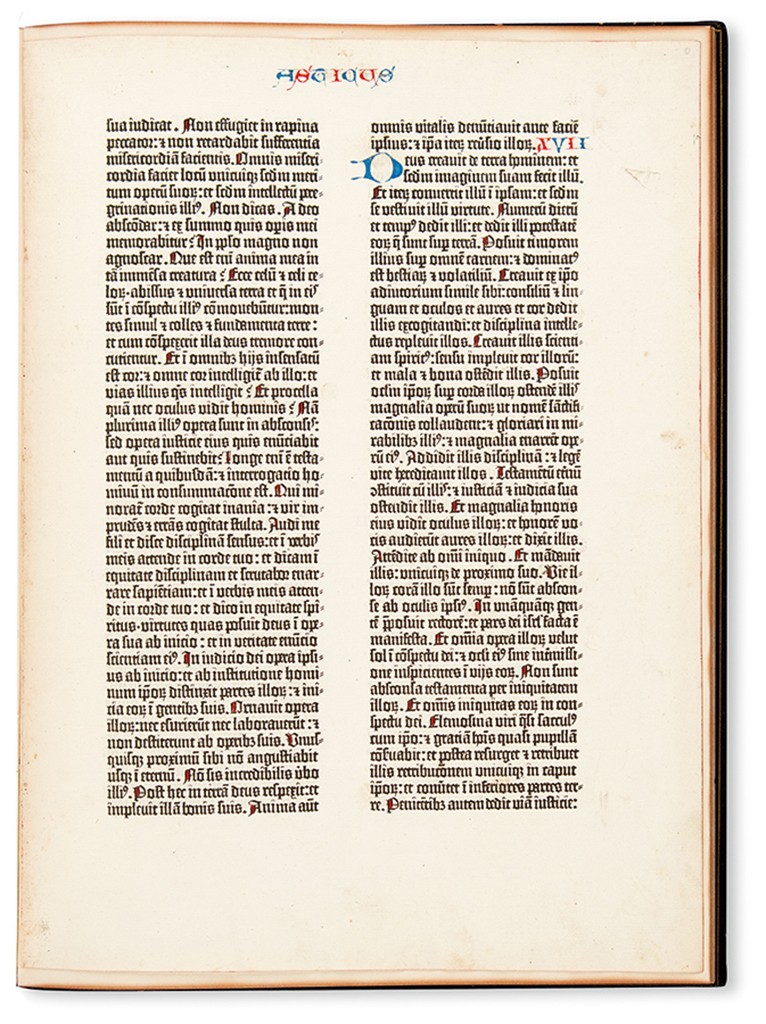 One week later, on March 9, we offered a leaf of the Gutenberg Bible, 1455, in our biannual sale of Early Printed, Medical, Scientific & Travel Books. The remnant of the first book ever printed was hinged in a 1921 folio of A Noble Fragment; being, A Leaf of the Gutenberg Bible by A. Edward Newton. The leaf contains the text of Ecclesiasticus 16:14-18-29; it was purchased by a collector for $52,500. 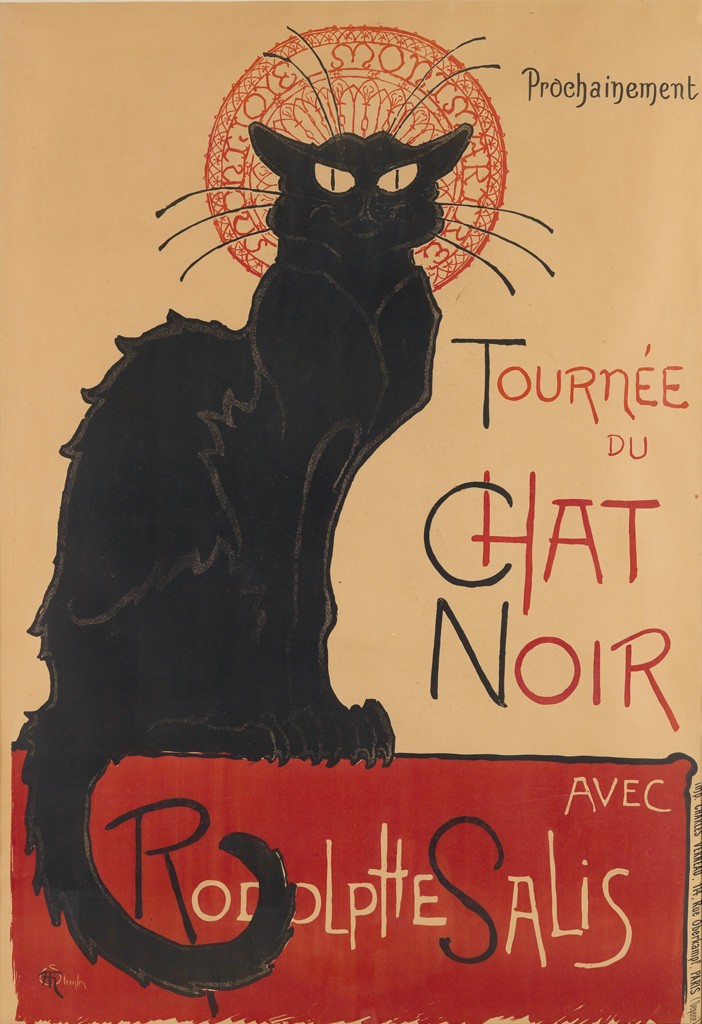 The second of four poster auctions of the spring season was Vintage Posters on March 16. The top lot of the sale was the iconic Tournée du Chat Noir by Théophile-Alexandre Steinlen. The 1896 large-format poster was purchased after a flurry of bids between two phone bidders for $30,000, a record for the work. 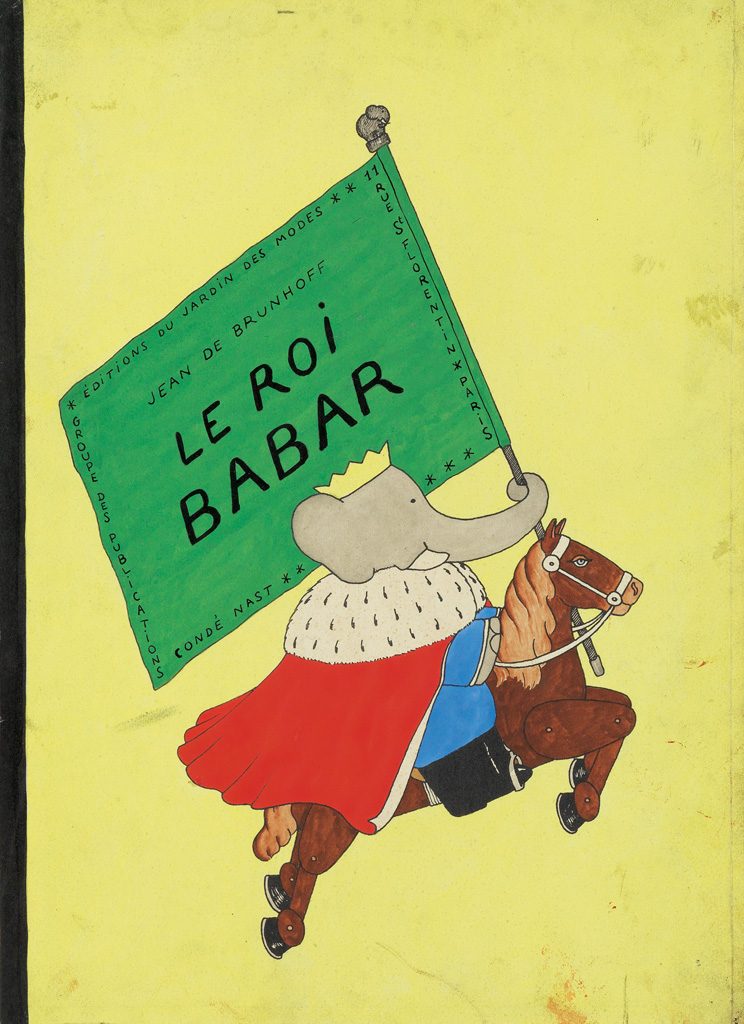 Our biannual auction of Illustration Art offers original works of art intended for publication. On March 21, the sale finished with an 83% sell-through rate and multiple auction records. he top lot of the sale was the original watercolor for the cover of the first French edition of the third Babar book, Le Roi Babar, 1933, by Jean de Brunhoff. It was purchased by a collector for $40,000. 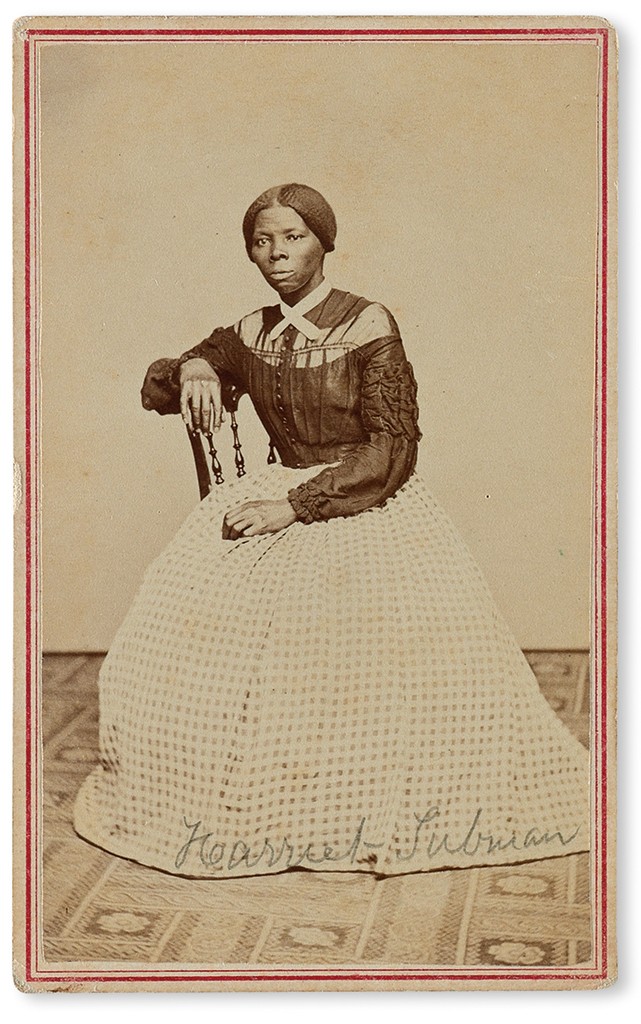 On March 30, our annual auction of Printed & Manuscript African Americana exceeded $1M for the first time in the department’s 20+ year history. The success was largely due to interest surrounding a Civil War-era carte-de-visite album that contained a previously unknown photograph of Harriet Tubman. The album topped the sale, selling for $161,000, above a pre-sale high estimate of $30,000. Specialist Wyatt Houston Day discovered the photograph of Tubman in the album, which was compiled by Quaker abolitionist Emily Howland in the 1860s. The album contains 48 photographs, including 44 cartes-de-visite of noted abolitionists, politicians and friends of Howland. Material relating to Frederick Douglass saw new records, including an 1880 Autograph Letter Signed to George Alfred Townsend, in which Douglass writes, “You are wrong in saying I bought my liberty, a few friends in England bought me and made me a present of myself,” which reached $100,000, more than doubling the previous record for a letter by the famed abolitionist. 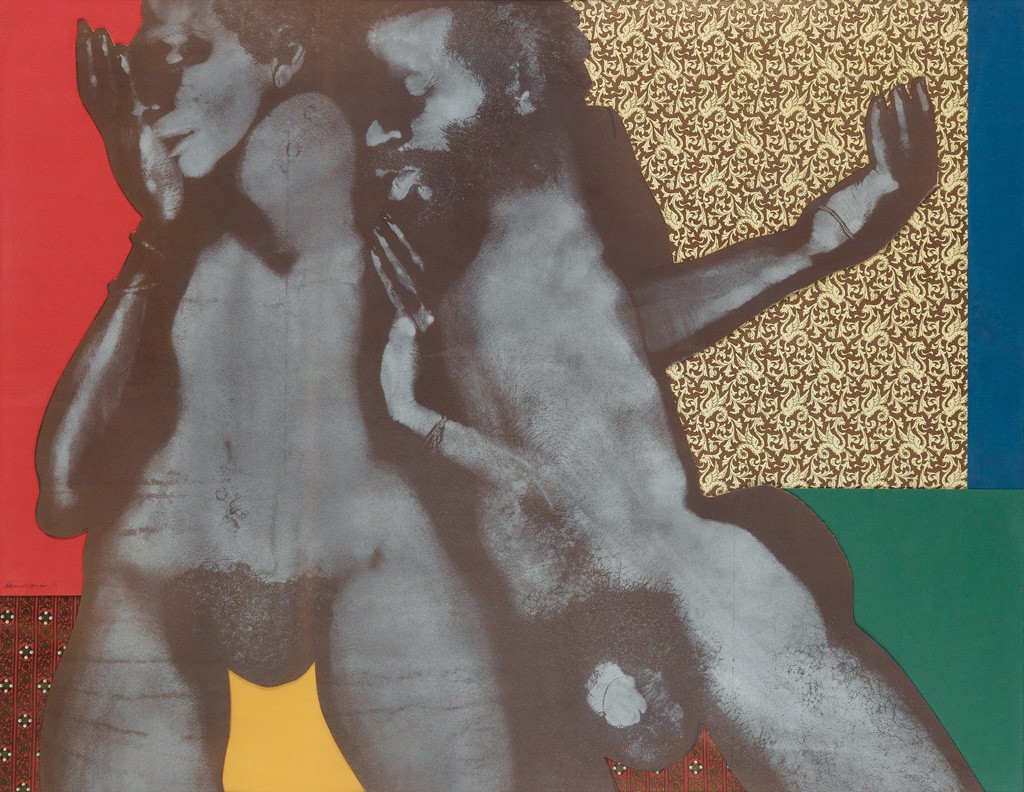 The crowd was standing-room only at our April 6 auction of African-American Fine Art. The sale totaled more than $2.5M, with five of the top lots breaking previous auction records, all of which had been set by Swann since the department’s inception ten years ago. Onlookers cheered as six lots exceeded $100,000, with David Hammons’s Untitled (Double Body Print), 1976, reaching $389,000. 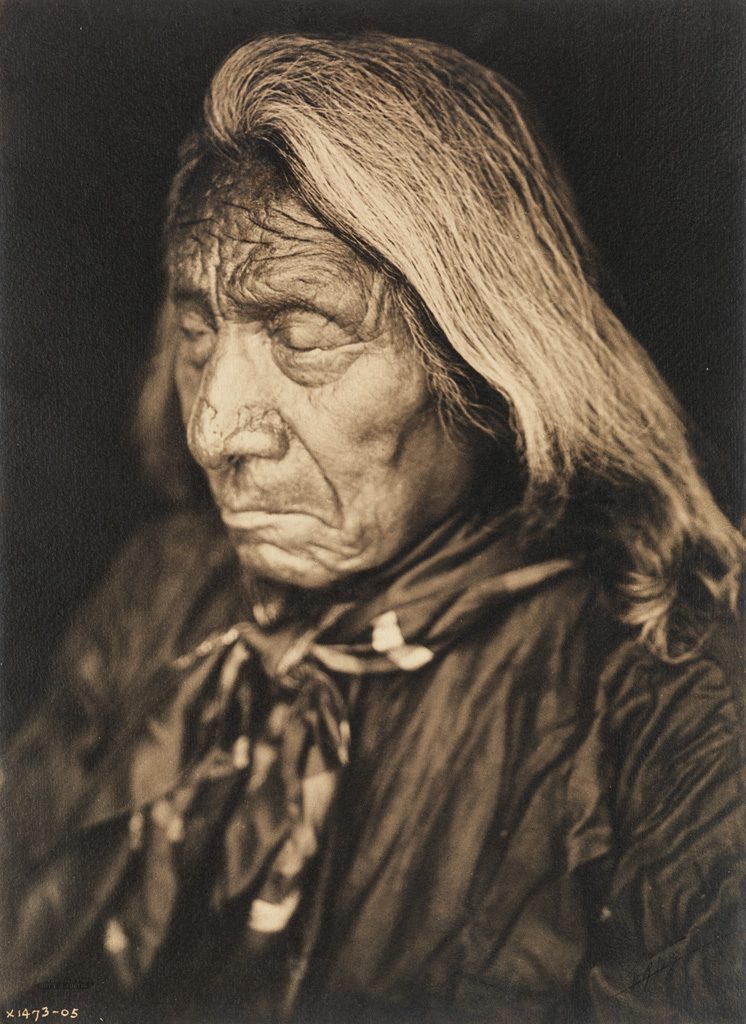 Nearly all of the offered lots by Edward S. Curtis sold above or within the estimate in our April 20 auction of Images & Objects: Photographs & Photobooks. Highlights included a striking portrait of Red Cloud, Oglala, 1905, which sold for $32,500, a record for the work, above a high estimate of $9,000. The Scout, Apache, 1906, a dramatic orotone in the original frame depicting a silhouetted Native American on horseback, more than doubled its high estimate of $12,000 to sell for $27,500, a record for an orotone of the image; another orotone in its original frame, An Oasis in the Badlands, 1905, was purchased by a collector for $21,250, above a high estimate of $15,000.

On April 27, our tenth consecutive auction of Printed & Manuscript Americana exceeded $700,000. A first edition Book of Mormon, 1830—the only edition to list Joseph Smith as the “author and proprietor” rather than as the translator—led the sale at $52,500. A rare letter by Hernán Cortés to his property manager, instructing him to be hospitable to a visiting bishop, was purchased for $32,500; no other letters from the conquistador have appeared at auction in the last 30 years. 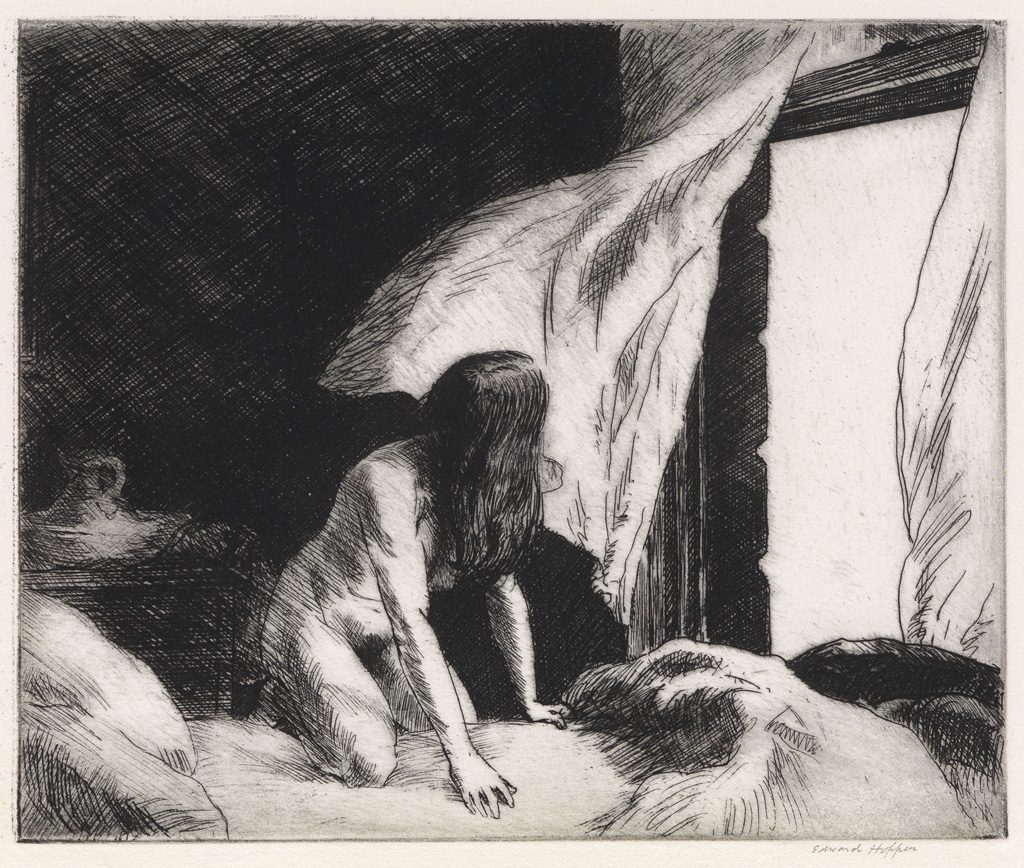 Edward Hopper’s luminous etching Evening Wind, 1921, sold to a collector for $118,750 in our May 2 auction of Old Master Through Modern Prints, with highlights from as long ago as 1495 and as recent as 1959. 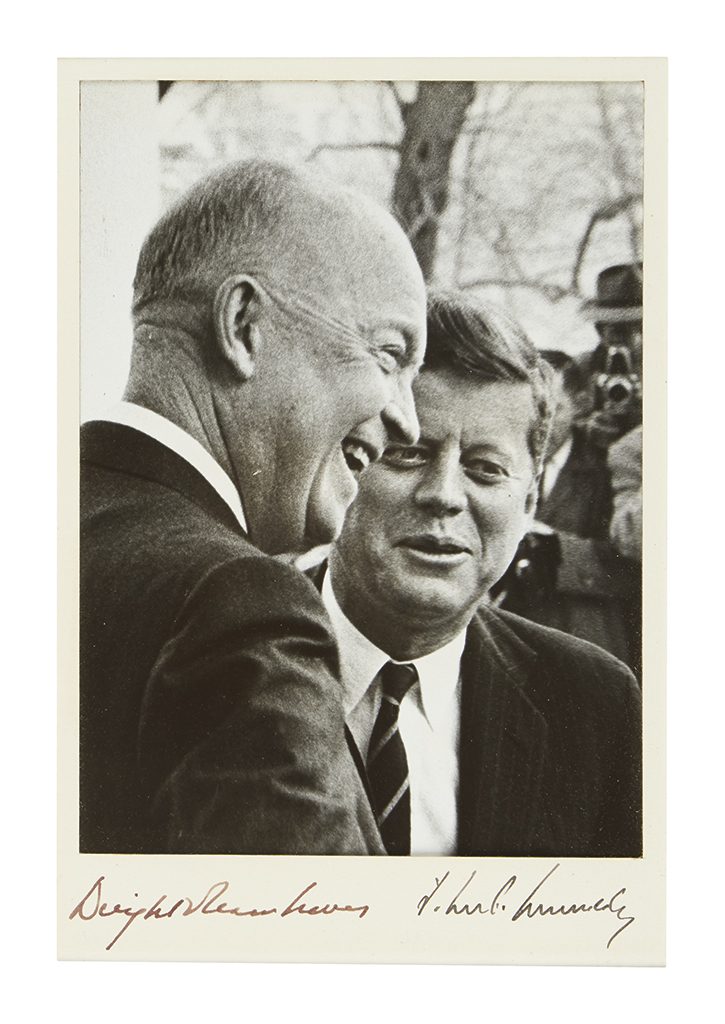 On May 4 we held an auction of Autographs, with twentieth-century highlights by authors taking the spotlight. The sale performed well overall, with 88% of items offered finding buyers. The top lot was a photograph by Elliott Erwitt, of President Dwight D. Eisenhower with his successor John F. Kennedy, during their historic transitional meeting at the White House on December 6, 1960. Signed by both, it more than doubled its high estimate of $15,000 to sell for $32,500. 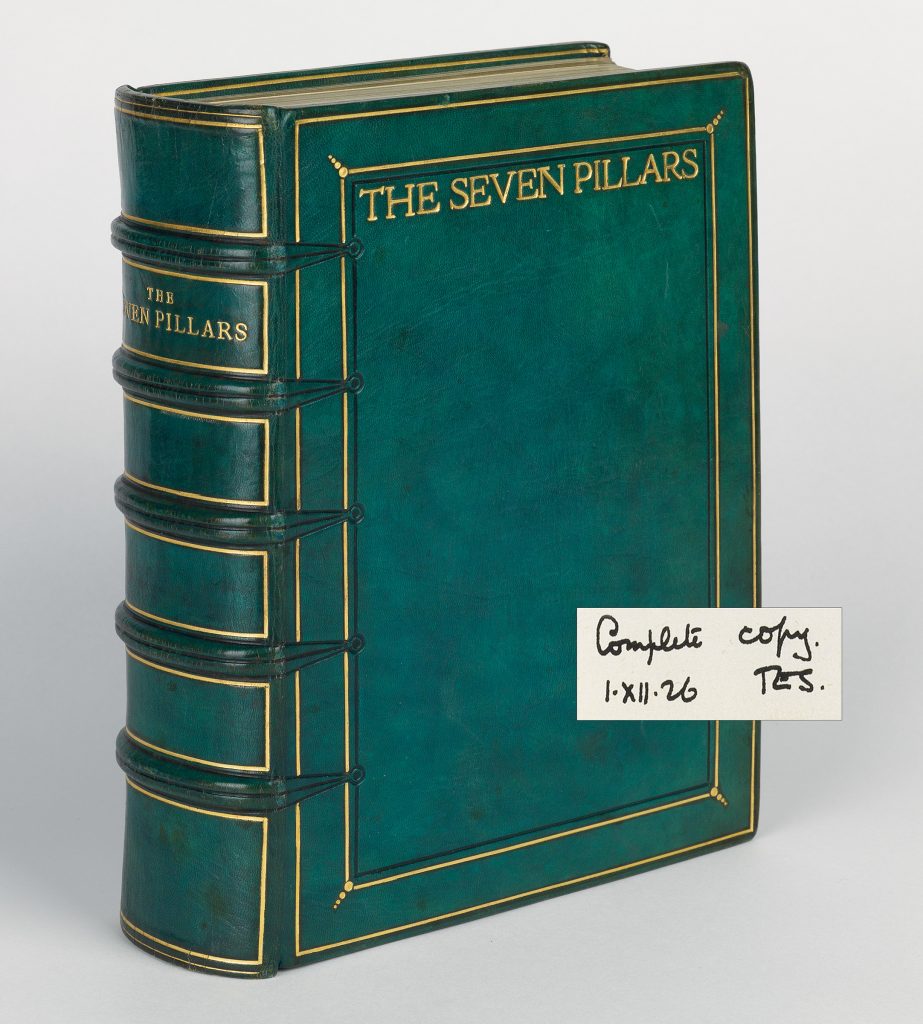 First editions and inscribed copies filled the shelves at our May 16 auction of 19th & 20th Century Literature. The sale broke several auction records and encompassed a variety of genres, dates and media. The top lot of the sale was a complete, privately printed edition of Seven Pillars of Wisdom, 1926, by T.E. Lawrence, the inspiration for the classic film Lawrence of Arabia. The stunning tome, bound in green leather, boasts 65 plates and color illustrations by contemporary artists. The present copy was inscribed by Lawrence and given to his dentist, Warwick James; it was purchased by a collector for $62,500. 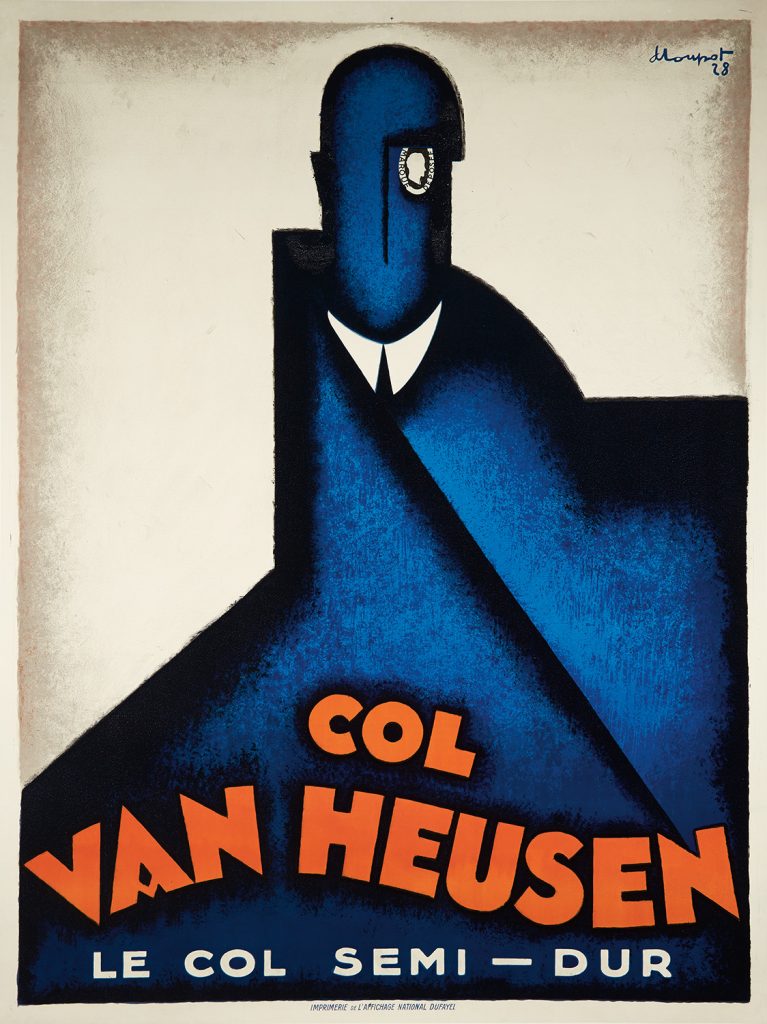 Our May 25 auction of Graphic Design was led by Col Van Heusen, 1928, one of the most elegant Cubist-style designs created by Charles Loupot. The strikingly colored work, which was intended to advertise men’s collars, displays some of the richest inking seen in the artist’s work; it sold for $50,000, far exceeding its pre-sale high estimate of $30,000. Works by Loupot performed well overall, with several claiming places in the top lots. The verdant 1923 advertisement for Voisin Automobiles reached $30,000, while his 1919 poster for Sato / Cigarettes Egyptiennes went to a collector for $7,500. 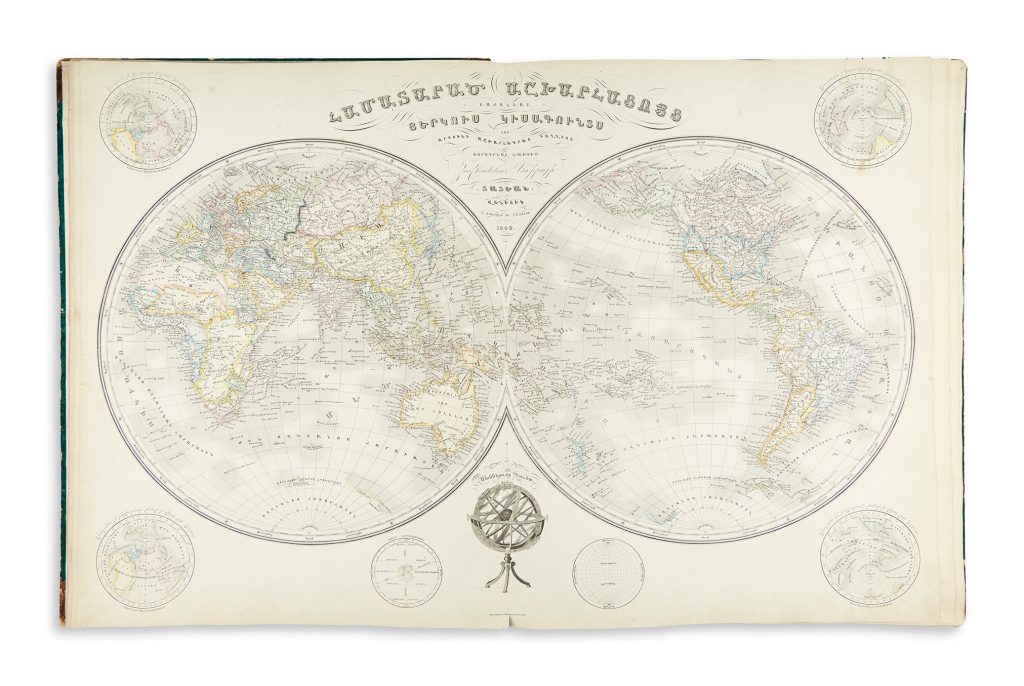 Our June 7 auction of Maps & Atlases, Natural History & Color Plate Books saw strong results with multiple auction debuts and records. Approximately two thirds of the lots offered fell into the category of maps and atlases, with strong results in both subheadings. The first world atlas in the Armenian language topped the sale, reaching more than five times its $6,000 high estimate to sell for $37,500, a record for the work. Hovhannes Amira Dadian created the atlas in the Armenian monastery on the Venetian island of San Lazzaro in 1849 in an effort to bring Western knowledge to his home country. The atlas boasts ten hand-colored double-page maps, including one of the solar system, all of which were printed in Paris and based primarily on contemporary French models. 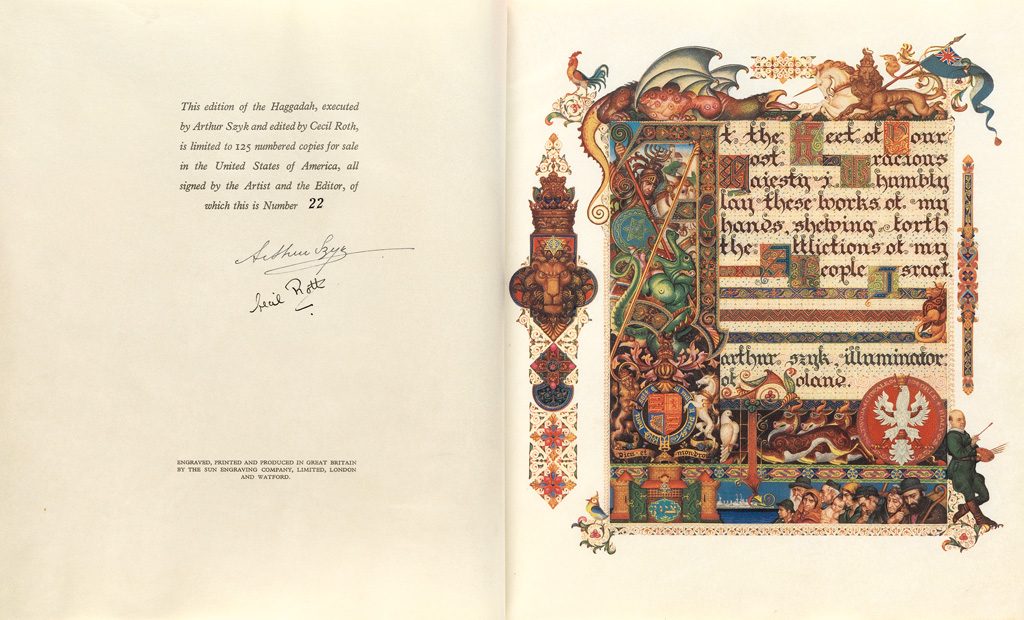 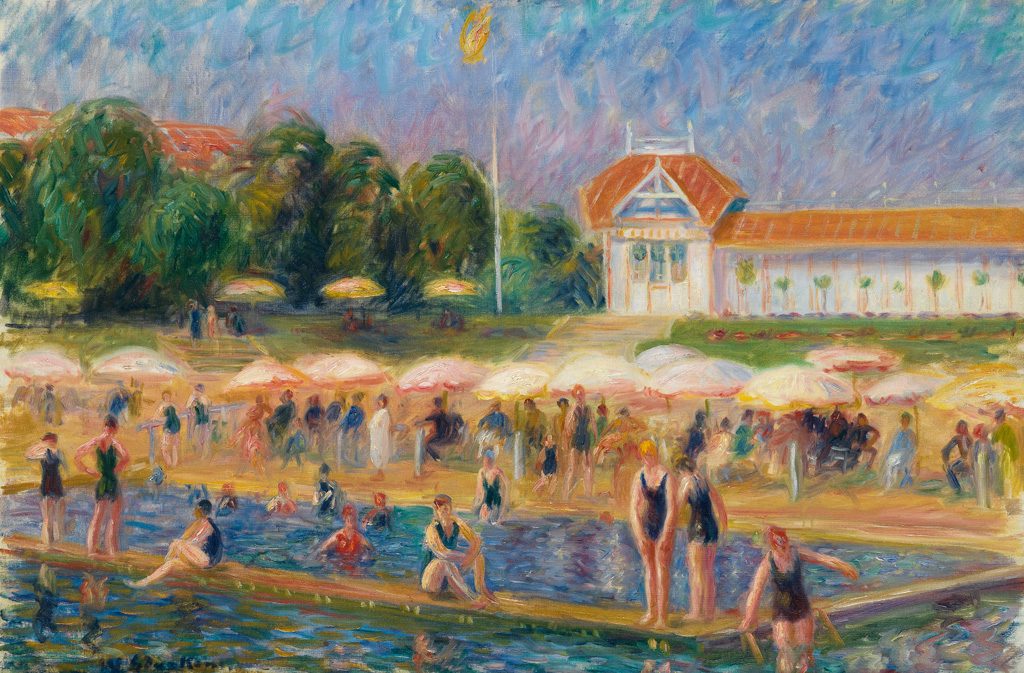 We closed our Spring 2017 season with a climactic sale of American Art on June 15. The annual auction offered exclusively original or unique works by artists living or working in North America over the last 200 years. The top lot of the sale, and of Spring 2017, was William Glackens’s The Beach, Isle Adam, 1925-26. The bright canvas, depicting bathers at a popular locale outside of Paris, is one of the artist’s most significant works from the mid-1920s. A collector purchased the oil painting over the phone for $581,000.

The final sale before our Fall 2017 season is an extravaganza of Vintage Posters on August 2, featuring an especially robust selection of WWI posters, marking the centennial anniversary of the U.S.’s entry into the fray. We are currently accepting quality consignments for Fall 2017 and Spring 2018. 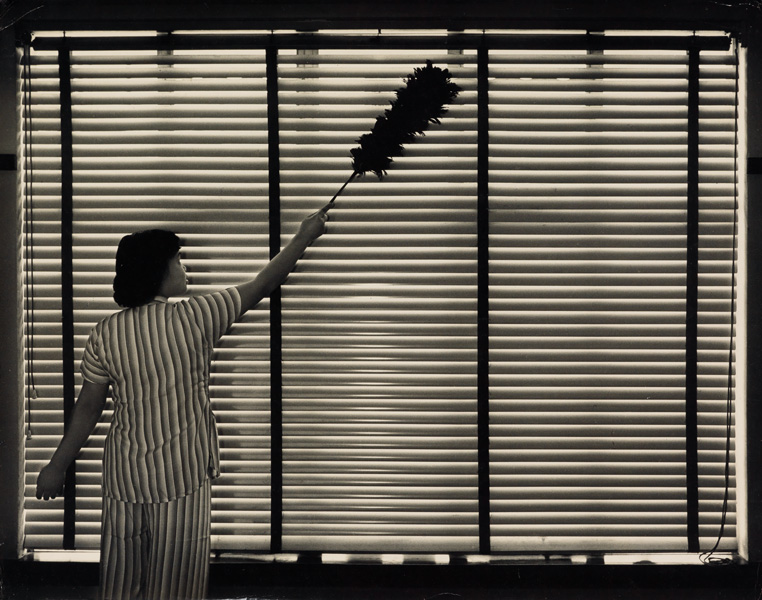 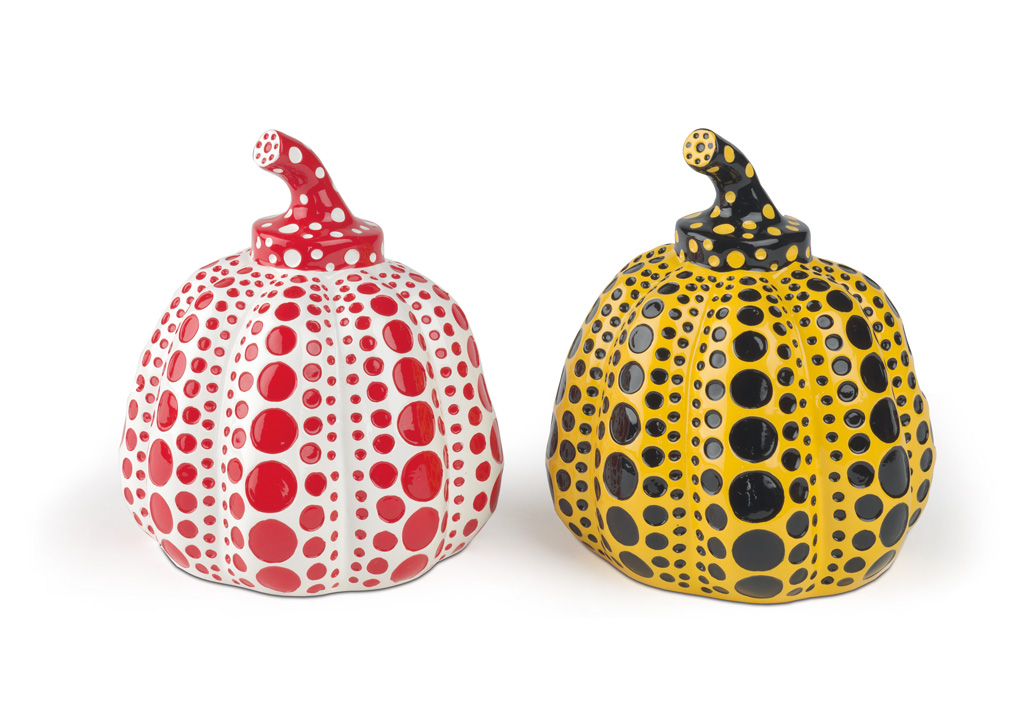 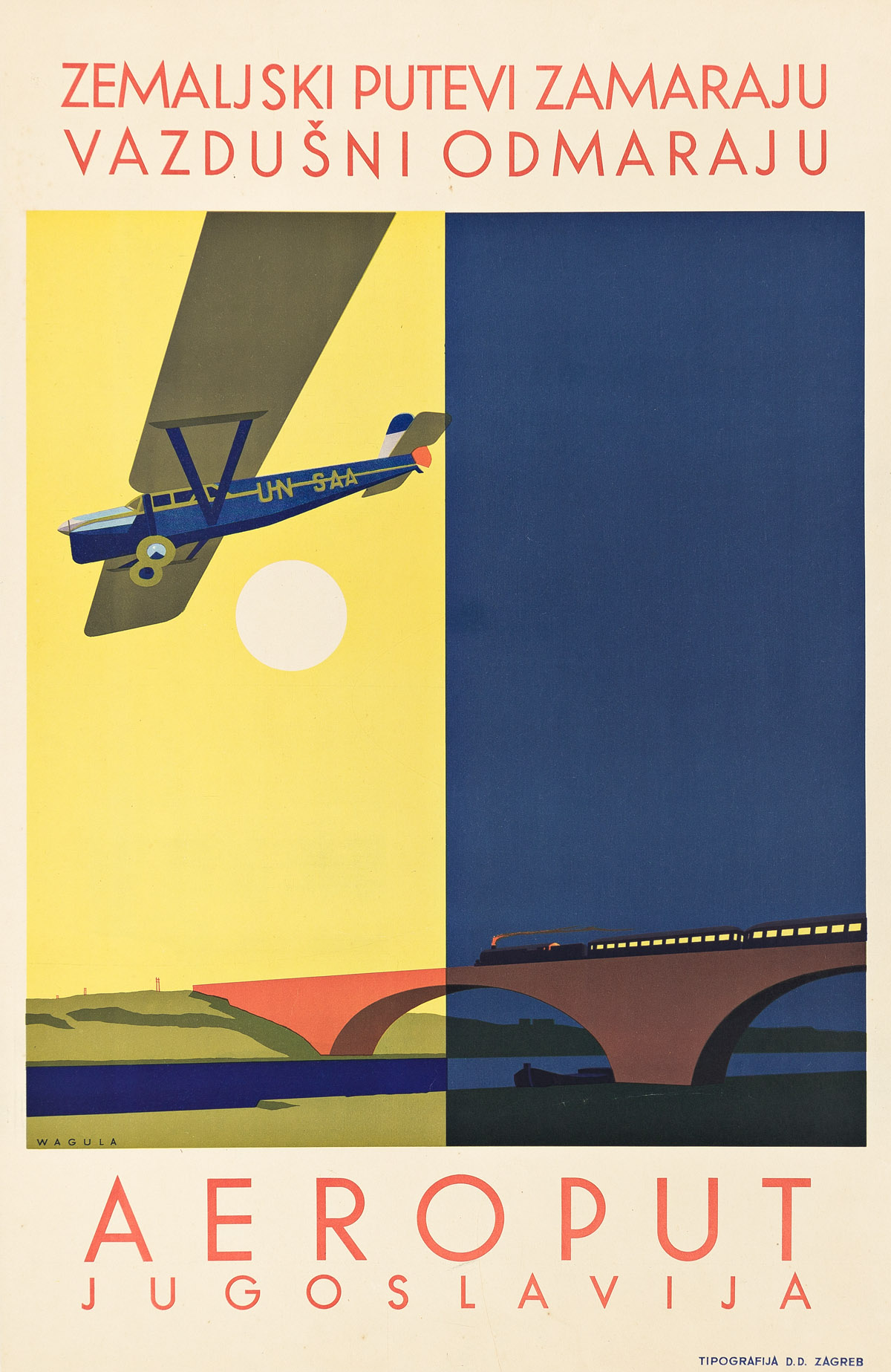