We spoke to specialists at Swann about their extracurricular activities. Unsurprisingly, their interests are generally aligned with their specialty! We asked them to talk about what they’re reading, and compiled the results into a Swann Summer Reading List. 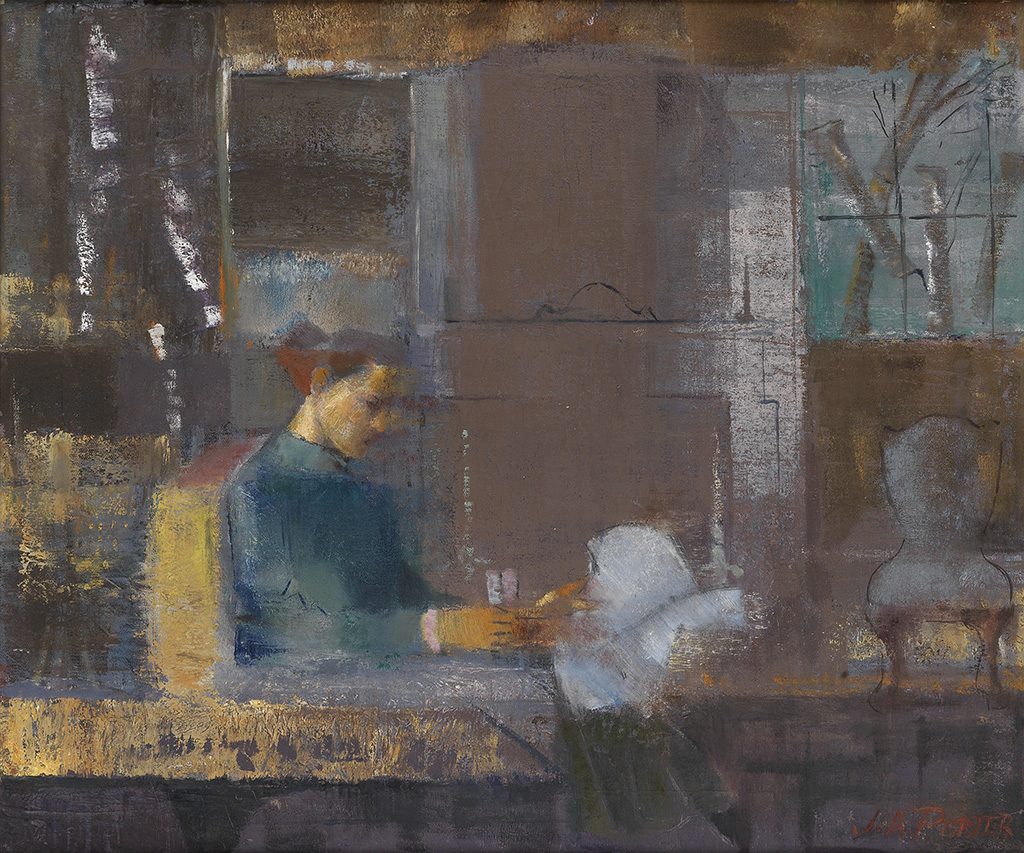 This delightful and easy-to-read book encapsulates a world of pleasure for anyone who has an interest in food, history and travel. The author examines the influences of ten restaurants (from the 1830s through the present day) on American social, business and culinary culture. From a visual point of view, the book is illustrated with menus, menu covers, photographs, print ads and even a handful of old New Yorker covers. One image shows a still from an Andy Warhol-designed television commercial for the Schrafft’s chain of restaurants which he created in 1968. The book also resonates for me because of its genesis. Freedman explains that while researching a book on spices in the Middle Ages at the New York Public Library, he came across “an exhibition of selections from the library’s superlative menu collection organized by William Grimes of The New York Times. [It] fascinated me and made me wonder why American food was so different in the nineteenth century.” On December 12, 2002 we offered a large collection of vintage American menus, split into different groups. The designs, the selections offered and the prices quoted were all tantalizing snippets of a by-gone era. Freedman, inspired by similar material, has taken his inspiration to an interesting and very digestible conclusion.

This world-renowned autobiography and biography, translated and edited by Philippe R. Girard, shares the intimate accounts of the Haitian revolutionary, Toussaint L’Ouverture. These memoirs were written shortly before his death in the French prison of Fort de Joux after seizing control of the entire island of Hispaniola. L’Ouverture led former slaves into battle against the French, Spanish and English forces, gaining Haiti their independence in 1804 and leading the first Black insurrection. L’Ouverture’s memoirs provide a vivid alternative perspective to anonymous plantation records, quantitative analyses of slave trading and slave narratives mediated by their white counterparts. This memoir ends with Toussaint addressing his readers with this question, “Doubtless, I owe this treatment to my color; but my color,–my color,–has it hindered me from serving my country with zeal and fidelity? Does the color of my skin impair my honor and my bravery?”

Jacob Lawrence explores these accounts of the Haitian revolution in his series titled The Life of Toussaint L’Ouverture. Using silkscreen, Lawrence demonstrates these events in bright colors and with strong angular figures.

Although I have a soft spot for mysteries, which are a great escape during the busy calendar year, summer is a special time for serious reading catch-up. One of my favorite authors is Ann Patchett, whose latest novel, Commonwealth, is an absorbing read on blended family life. Earlier this year I was transfixed by her novel State of Wonder, a story of many twists and turns, and an extraordinary exotic travel sub-text. Loved it!

I’m an avid fiction reader in my spare time, and over the past few years have become fascinated by the complex history of China as well as America’s relationship with its large immigrant population. The Leavers touches beautifully on these themes, with unique narrative styles and a different take on what it means to be Chinese and American. This novel is also about family and the ties that bind us together despite differences in generations and perspective. 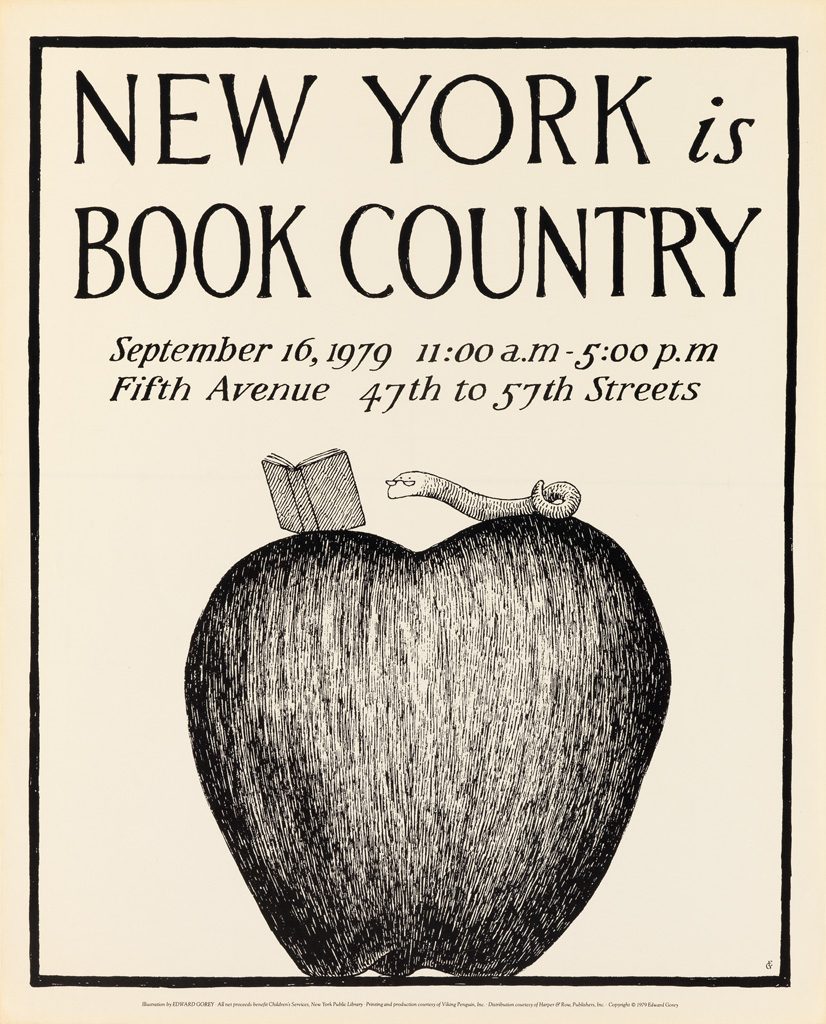 I’ve been on a Gay kick in my pleasure reading, catching up with her recent book of short stories Difficult Women before the release of her memoir Hunger earlier this summer (both of which are also phenomenal). Bad Feminist is a great summer read since it is a book of digestible essays, and Gay’s incisive cultural commentary is sure to enthrall an arts and culture-loving audience.

Bernd Brunner’s oeuvre examines the cultural importance of a theme throughout history; in this case, bears. He uses early sources to support his narrative, covering the scientific, mythological, etymological and social history of bears and their relationship with humans. The book is filled with illustrations and interesting facts — for example, all seven bear species are descended from one common ancestor that was about the size of a terrier. I love learning about the secret relationships and influences of mundane things throughout history, especially when Brunner explains his findings with art depicting bears from myriad epochs and places.

The story of a monstrous young boy named Geryon, who falls in love with photography and a n’er-do-well named Herakles and navigates the dangerous waters of identity. This book is subtitled “a novel in verse,” and is loosely based on part of the Greek Herakles myth, in which Geryon is a red, winged monster. Anne Carson writes photographs the way most photographers visualize poetry, and it makes for a tender and heartbreaking read. 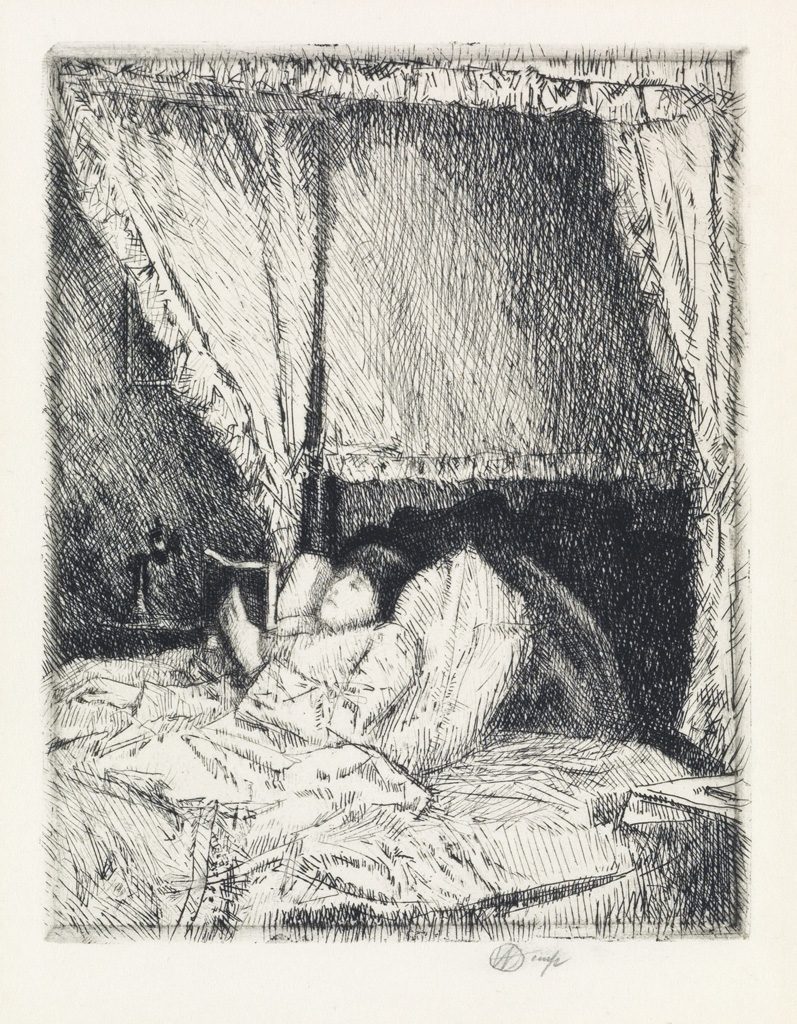 Francine Prose, Peggy Guggenheim: The Shock of the Modern, 2015.

This biography gives a fascinating inside look at one of the most influential art world patrons of the twentieth century. Guggenheim was a renegade in every sense of the word–from saving artwork from Nazi destruction in Europe, to providing a platform through her New York Gallery for modern masters such as Alexander Calder, Willem de Kooning, Jackson Pollock, and many others. Her personal life proved to be just as fascinating as her professional life, and this book is sure to enthrall and educate modern art enthusiasts.

The most recent book I’ve read is an incredibly tragic but important homage to the “Radium Girls,” young women in Newark and Orange, New Jersey, as well as Ottawa, Illinois, who worked in Radium factories hand-painting dials for the military. Told that Radium would be beneficial to their health, they used their lips to point the brushes and took no safety precautions; while the corporations knew that the element could have negative effects, hundreds of women unknowingly poisoned themselves. The symptoms took years to emerge, and were often fatal. The author pays tribute to and humanizes these otherwise anonymous women, creating portraits of their lives while following them through their heart-wrenching illnesses. She details some of the court cases that ensued, seeking compensation for the workers. Many people have never heard of this tragedy, which spanned decades due to the slow-acting properties of Radium, years of court appeals, and push-back from the companies. However, the determination of the women and their lawyers is the reason we have many of the labor abuse laws and industrial safety rules in effect today.

Using biography as a venue for broader histories, Rebecca Solnit follows the story of Edward Muggeridge, a British expatriate and unlikely forefather of the moving image. Through a spoonful of name changes, melodrama, murder, and photographic innovation, the book draws direct and poetic lineages from post-Civil War California to the modern dramas of Hollywood and Silicon Valley. Transcontinental, industrial, unquiet and on the precipice of being globalized: the developing world of Eadweard Muybridge is the world from which we all accelerate. 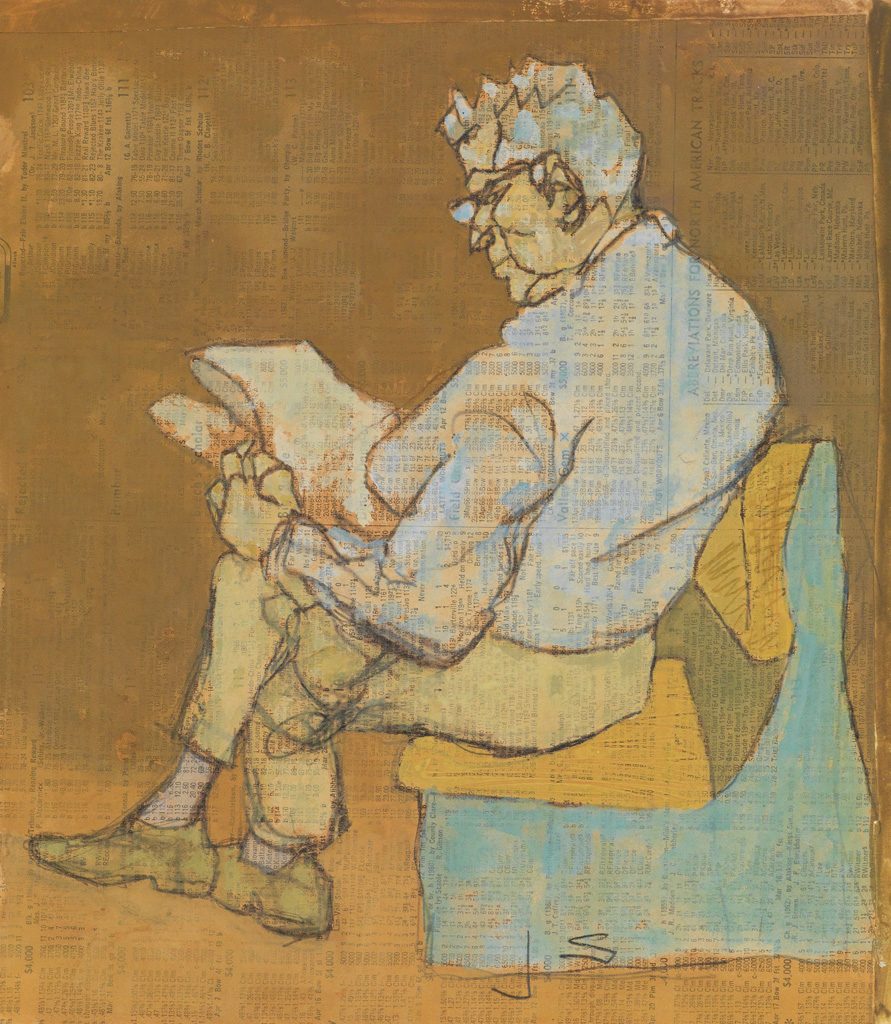 I’m often romantic about an artist’s practice and what their studio environment might be like. When it came to the work of Robert Motherwell, I wanted to know more about his daily routines and personal values that he carried from life to the studio. While the art is already fascinating it’s the tiny things from an assistant’s perspective that I enjoy – like the cars he collected or a much needed drive along the Hudson. It’s an intimate conversation that can’t be understood while looking at the work.

In society today, and throughout history, social connection remains an imperative to survival both biologically and culturally. Artistic expression has served as a representation of that desire, as well as the art market in turn. This book speaks to the science behind that internal drive to go out, create, interact and explore what is means to be human; what could be more artistic than that? 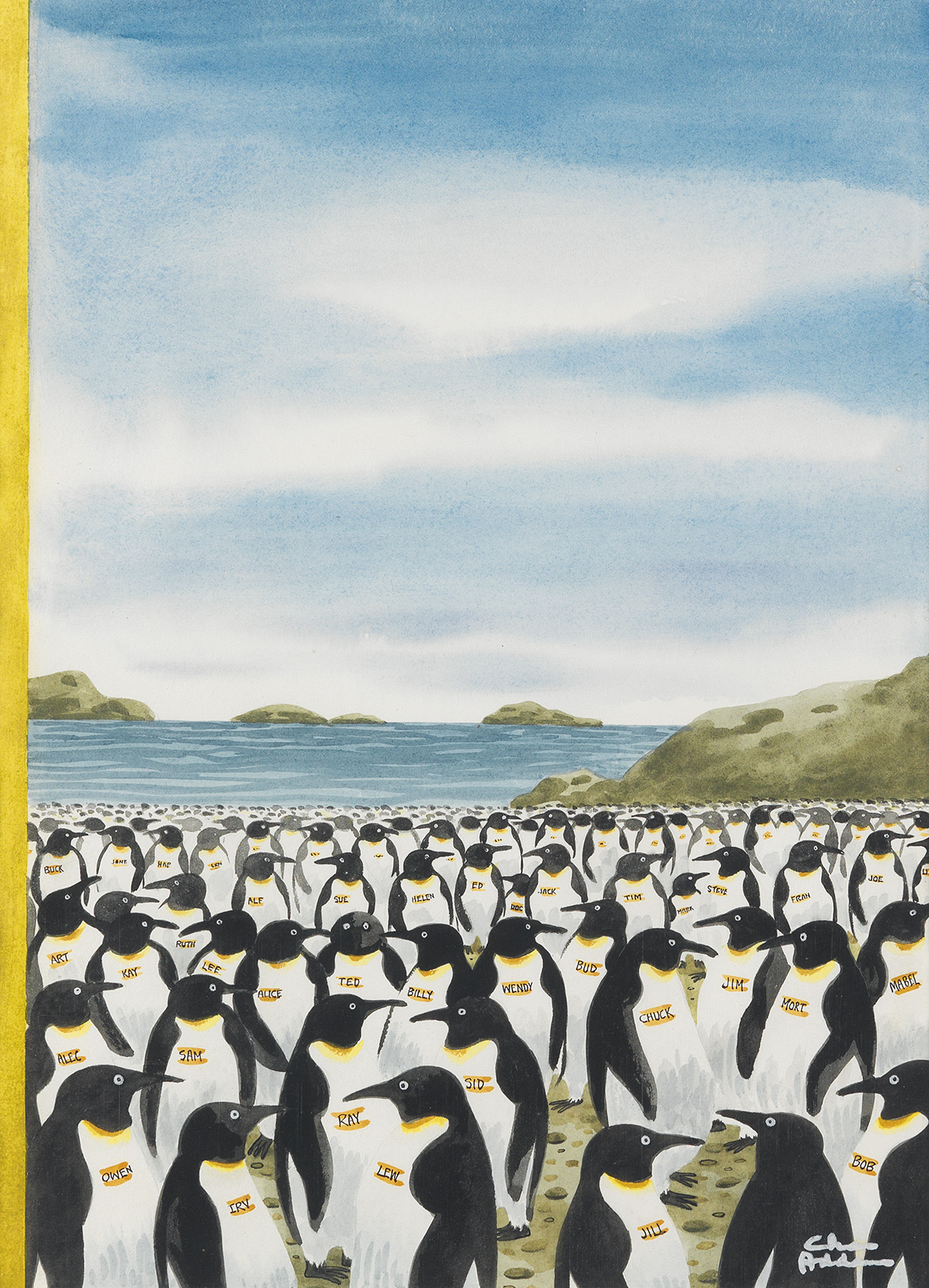 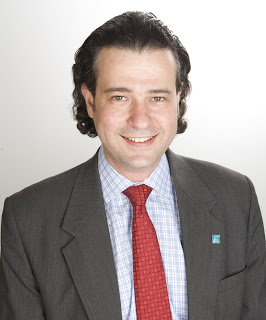 Swann President Nicholas D. Lowry on the Recession Swann
May 21, 2009