Our August 2 auction of Vintage Posters features the largest — and best — selection of war posters we have ever offered. As England prepared to enter World War Two, the government launched a poster campaign to entice women to join the Auxiliary Territorial Service. The ATS was the least populated branch of service women could join, possibly because of its frumpy reputation. Abram Games was commissioned to design a poster that changed the public perception of the ATS, but it seems he did too good a job: the independent “blonde bombshell” was deemed too suggestive for public consumption, and the poster was never published. 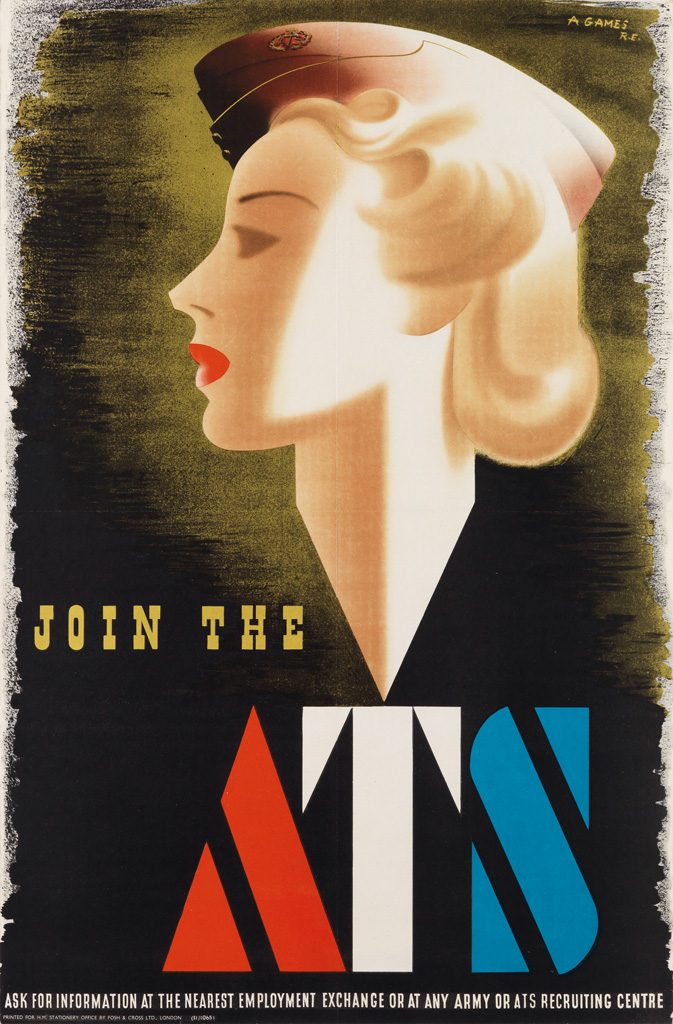 From the catalogue: This poster was “one of [Games’s] earliest assignments for the War Office [to] attract recruits to the least popular women’s service. His ‘blonde bombshell,’ as she came to be known, as glamorous as a Hollywood film siren and wearing the newly-designed cap that was part of the strategy to dispel the dowdy image that the ATS had acquired, was deemed too daring for public consumption. In October 1941, Parliament demanded that it should not be reprinted. The dramatic lighting evoking places of moral danger — shadowy night clubs perhaps — was as suggestive as the red lipstick and plucked eyebrow. A photograph of a marching brunette replaced it. Lacking the sexuality of Games’ design, it was felt to attract the ‘right sort,’ something Games’ recruit, exhibiting worrying independence and self-assurance, clearly was not.” We could find only two other copies at auction. 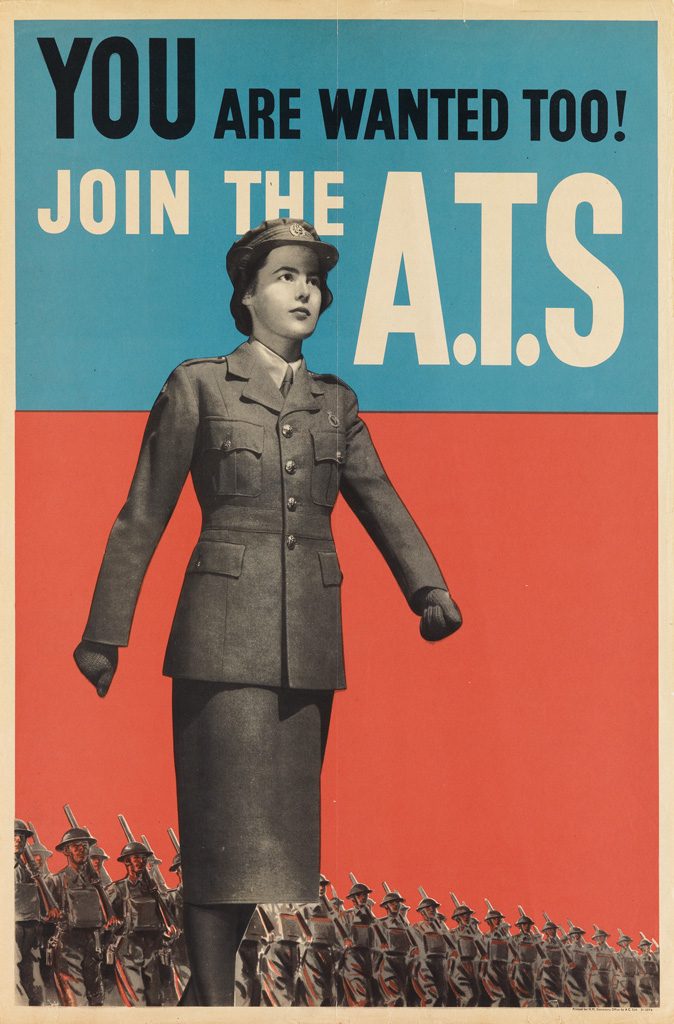 By chance, both the censored and approved posters will be offered in our upcoming Vintage Posters auction. Browse the full catalogue. 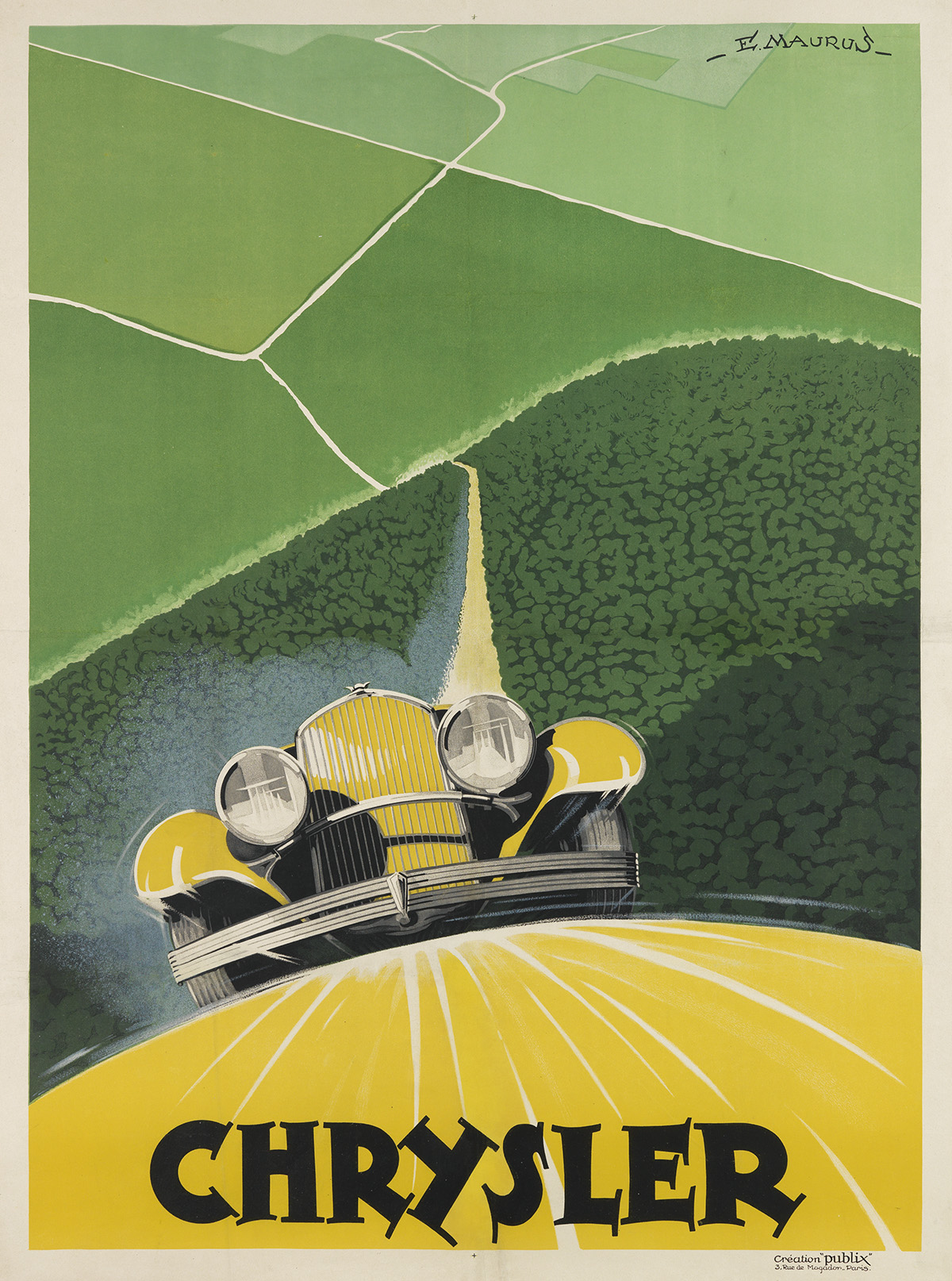