In the twenty-first century, when one thinks of contemporary posters and graphic design, the term “branding” may come to mind. Our daily lives are inundated with examples of branding—company logos, slogans & imagery—on TV, through social media, and of course, on posters. While the focus on digital branding is relatively new in the scope of art history, the idea of designers creating a brand identity for professional clients goes back over 100 years.

In our Graphic Design auction on May 13, 2021, the relationship between companies and the artists who advertised for them is a thread that weaves throughout.

One of the earliest examples of this is Karl Schulpig’s poster for W. Hofmann Pianos, in Berlin, in 1912. Following in the artistic footsteps of Lucian Bernhard (specifically his poster for Steinway), Schulpig devised this straightforward and eye-catching advertisement for the commission. He utilizes a flat monochromatic background to emphasize the bold black and purple-highlighted piano that is the star of the image. Schulpig also designed striking trademarks and company logos that were early examples of corporate design that still look modern today.

Two of the most undeniably graphic and modern posters in our auction are the two posters by Otto Baumberger for the Forster carpet firm in 1928 and 1930. Baumberger was a prolific Swiss artist and a virtuoso of poster design, mastering styles ranging from photographic realism, to object posters, to minimalism and abstraction. These commissions for Forster are some of the most effective geometric graphics in his oeuvre. He cleverly uses black circles to represent the “end view of a roll of floor covering and the rectangle of a rug” (Swiss Graphic Design p. 58) in the posters shown above, a black rectangle—diagonal and cropped off the page, to convey a sale of carpet remnants.

Moving ahead to the 1950s, we start to see examples of company branding as we see it today. Ladislav Sutnar was a prolific Czech designer who worked in the United States for most of his career.  He created innovative product and exhibition designs, as well as typography. Sutnar’s project to design a corporate identity for Addo-X, the Swedish Adding Machine, resulted in a new Logotype for the company, as well as an array of posters and advertisements. This poster is successful because of the simple geometric shapes, the use of primary colors, and a keen eye for typography.

Another long-standing design relationship was between Knoll and Massimo Vignelli. Massimo and his wife Lella formed their own design firm, Vignelli Associates, in the 1970s, with such notable clients such as Bloomingdales, IBM, American Airlines, and Knoll. Their designs for Knoll included many projects based on a simple grid concept—from stationery to brochures, to posters. Vignelli Associates even designed the posters and exhibition space for a Knoll retrospective in France. The posters, shown here, were printed in four parts, and in at least two sizes.

It is impossible to explore the history of corporate branding without thinking of Paul Rand. A modern master of design, Rand is responsible for the visual identities and logos for companies such as ABC, American Express, UPS, and perhaps most famously, IBM. He designed IBM’s logo in 1956, then consulted for the company for over 30 years. His famous Rebus poster was devised in 1981, and has since become one of the most famous and recognizable corporate identity statements of the twentieth century. One of his lesser known posters, but for an equally identifiable company, is that of Ford, shown above.

Do you have a modern design poster we should take a look at? 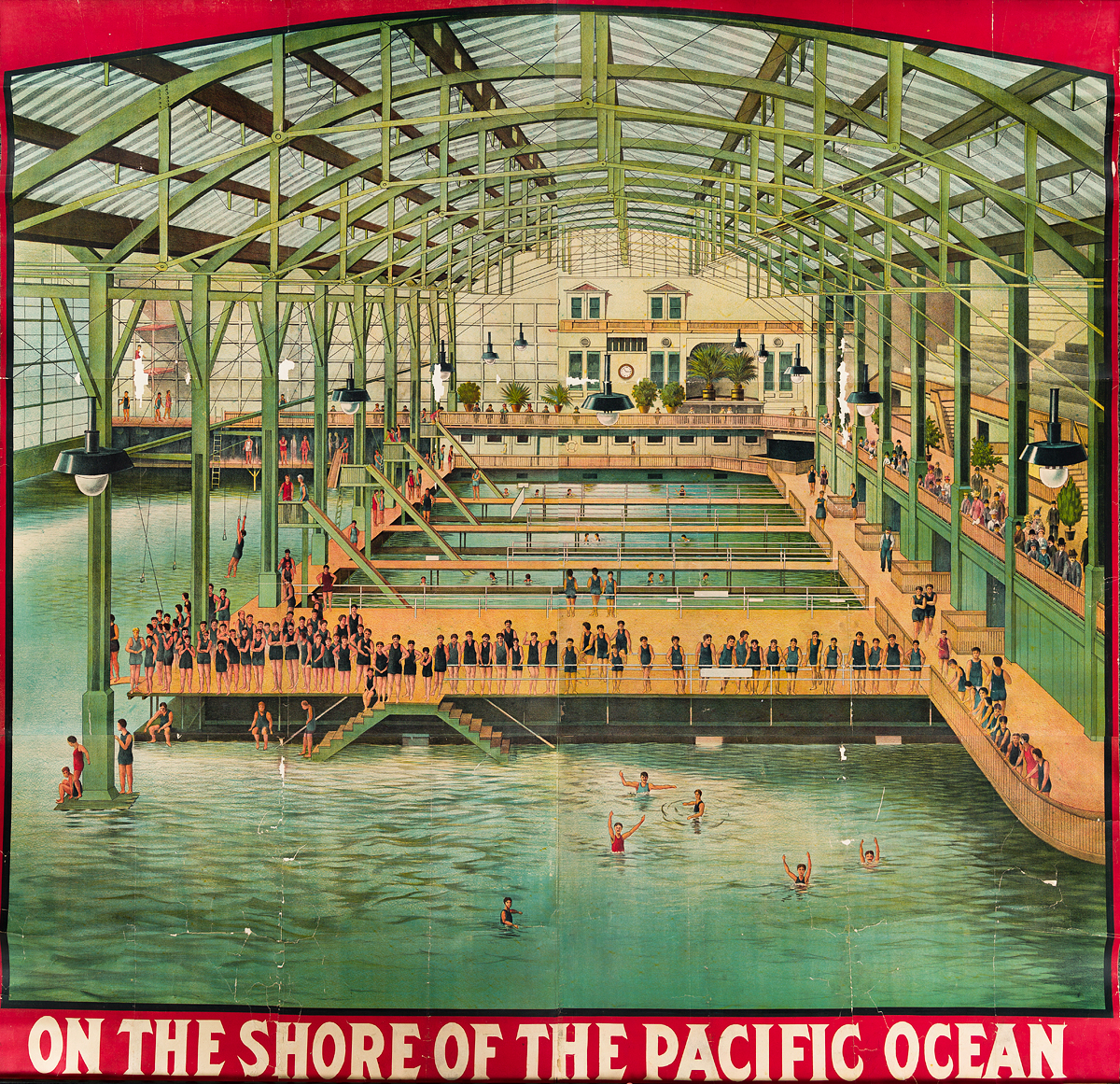