A Brief History of Guinness Posters & Alice in Guinnessland

James Joyce allegedly proclaimed that Guinness was “the wine of Ireland,” and a 1973 ad for the company featured a reluctant drinker and the tag line “I’ve never tried it because I don’t like it.” Whether you enjoy drinking Guinness Stout or not, one thing almost everyone can agree on is that the promotion for this Irish brewery is world-class. The slogans which appear on Guinness advertising have become some of the most recognizable in the world; “Guinness is Good For You,” “My Goodness-My Guinness,” and “Guinness for Strength” are as ubiquitous in the minds of consumers as any advertiser would ever dare dream.

It speaks further to the legendary passion inspired by the company’s advertising that two books have been written on the subject: the earliest was Brian Sibley’s 1985, The Book of Guinness Advertising, and then in 1999 another tome, with the same title (!) written by Jim Davies. That consumption of the company’s products is not limited to drinking is also reflected in a 243 lot stand-alone auction of Guinness Advertising Ware at the now-shuttered Christie’s South Kensington, in London, in September 1996. That auction featured posters, beer mats, bottles, lamps, tin trays, wall hangings, miniature pub figures and much more.

Founded by Arthur Guinness in 1759, the company relied primarily on word of mouth to help sell its product until the years after WWI. It launched its first full advertising campaign in 1929. Directed by the firm S. H. Benson, Guinness’s early advertising was a major success and S. H. Benson held on to the advertising account for more than 40 years.

To spearhead the campaign they went with the artwork of an illustrator and painter named John Gilroy, whose creativity generated a host of iconic mascots who have become part of the canon of modern advertising legend—most notably the toucan. Gilroy’s first poster for Guinness featuring this exotic bird was produced in 1930, and over the next 35 years or so he designed more than 50 posters and hundreds of magazine and press advertisements for the company. *

Most of these are so well known they hardly bear reproducing: The workman carrying the girder, a seal balancing a pint of Guinness on its nose, the harried zookeeper trying to keep his precious Guinness from his animal charges (that charming zookeeper, by the way, was actually a caricature of Gilroy himself), the farmer pulling his horse atop of a wooden cart.

But much less attention is paid to the posters advertising Guinness which are based on Alice in Wonderland. Amongst John Gilroy’s earliest work for Guinness were print ads featuring characters, scenes and parody text from Lewis Carroll’s beloved Alice in Wonderland books. The Guinness Online Archive helps us date the earliest of these black and white images, “The Walrus and the Carpenter” which appeared in the September 21, 1929 issue of Bystander magazine.

Over the next four years Gilroy designed 11 other Guinness ads featuring “parodies and imitations of verses and scenes” from Alice in Wonderland, Alice Through the Looking Glass, The Hunting of the Snark, and Sylvie and Bruno.

In 1933 these images and verses were gathered into a 24-page pamphlet entitled “The Guinness Alice” and distributed, as a Christmas gift, to doctors (!!) in an attempt to get them to recommend Guinness for their patients. Odd as this may seem to us viewed through a present-day lens, this was the era of “Guinness is Good For You,” and because of the drink’s high iron content it was, in fact, frequently prescribed by doctors for pregnant women.**

The company had an enviable genius for promotion, and these booklets were so popular—even beyond the medical set—that the company went on to issue these “Doctor’s Books” every Christmas through 1955, at which point Guinness landed on the idea of a book of records (originally conceived of as something that would have to be in every pub to help settle ale-fueled arguments), and subsequently focused their efforts on publishing the Guinness Book of World Records, which quickly because so popular the company stopped giving them away and began to sell them.

In over 20 years of the publication of these themed holiday promotional pamphlets, 5 of them were Alice in Wonderland themed. A number of the images which first appeared as ads and then in the 1933 “The Guinness Alice” were eventually released as posters. Fans of the writing of Lewis Carroll, adherents to cherished Alice fantasy and the illustrations of Sir John Tenniel will enormously enjoy the reworked verses and images that Gilroy has employed in these posters.

Over the decades other Alice in Wonderland-themed posters were designed by different artists for Guinness, such as Eric Fraser and Anthony Groves-Raines, and the images were additionally released as post cards as well.

*It is worthy of note that in addition to his work for Guinness, Gilroy was also member of the Royal Academy and an accomplished portrait painter who painted Queen Elisabeth and Pope John XXIII amongst many others.

**The editors of Swann Galleries’ news page would like to point out that this is most certainly not in keeping with contemporary health standards and refer you to CDC guidelines on alcohol consumption and pregnancy.

Do you have a vintage food or beverage poster we should take a look at?

As Seen on TV: Vintage Posters 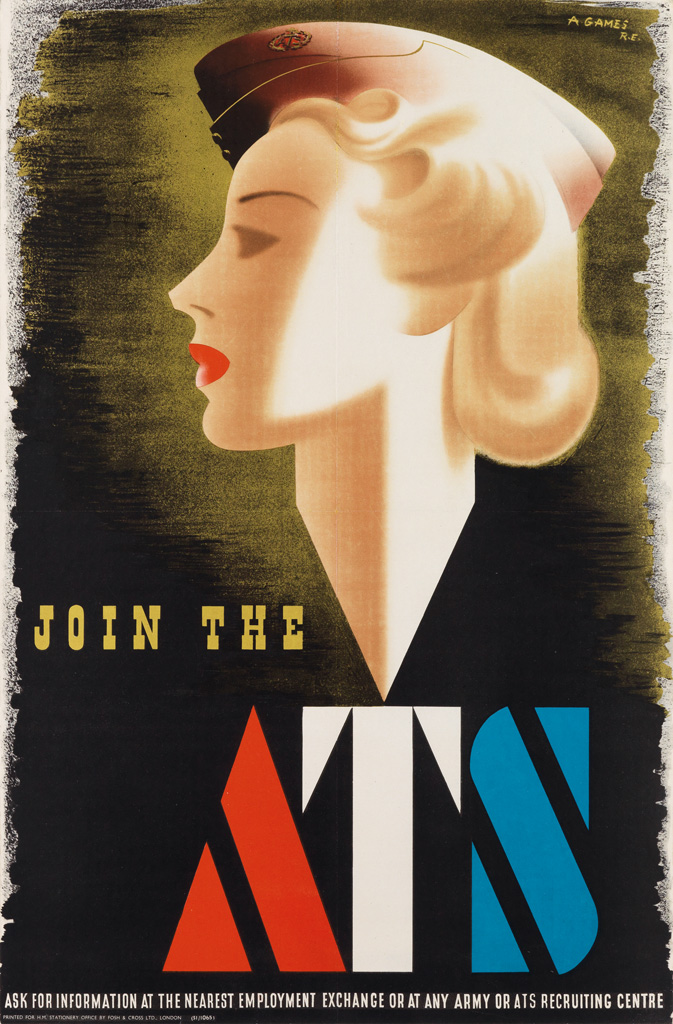