As Seen on TV: Vintage Posters

Missing our Poster Auction Exhibitions? An easy way to see the posters Swann has to offer, right from your couch.

Jennifer De Candia, our vintage poster department administrator, takes us on an “As Seen on TV” tour of posters we have offered through the years.

Like many people who have found themselves quarantining and snowed-in this winter, I have passed much of my time watching reruns on television. And as administrator for the Vintage Poster Department, I have noticed a trend in many of the most popular American sitcoms that rerun throughout the day—they love using posters in their set design.

One of the most frequent displays of art nouveau posters can be seen in the sitcom Three’s Company. The apartment that Jack, Chrissy, and Janet share features numerous works by Alphonse Mucha throughout its 8 seasons, two of were offered in the February 18, 2021 sale of Vintage Posters.

From the first episodes of the show, much of Mucha’s work adorns the wall of the main set, such as this Zodiac image. Although the image is the same as the one offered in our sale, for the printer and lithographer P. Ploton & D. Chave, the camera does not show any of the text at the top of the poster. As Mucha’s image was used in at least ten different advertisements, this makes it difficult to determine which exact version of this advertisement this poster represents.

Additionally, individual panels from Mucha’s 1896 series of The Seasons appear on the show. In this episode, it shows the “Autumn” panel.

However, in the image below, it has been switched to the Spring image from that same series (last offered at Swann in 2016).

Sitcoms are not the only way to see Mucha’s work on TV. If you tune in to MTV, you might catch the music video for the latest single from the Black Eyed Peas, MAMACITA, showcasing the Carnation, Iris, and Rose panels of Mucha’s 1898 four-panel Flowers series.

Other sitcoms have been spotted featuring posters Swann has sold in the past.

In Ted Mosby’s apartment in How I Met Your Mother, a Leslie Ragan image for the New York Central System can be seen above the mantle in the upper left corner. As an architect living in New York City, it makes sense that the character would display a poster with a strong focus on art deco design. (Though it’s hard to know the reason this poster was chosen by the production and set designers, it is worth noting that although the image is for a 1945 New York Central Line calendar, the station depicted is LaSalle Street Station in Chicago- the building shown amongst the smoke is the Chicago Board of Trade Building)

Seen here in the bedroom of Schmidt, one of the roommates in the show New Girl, is the English version of Trygve M. Davidsen’s travel poster touting Norway as an ideal skiing destination.

And Liz Lemon, the lead character of 30 Rock, has decorated her spacious New York apartment with Lois Gaigg’s competition-winning poster for the North German LLoyd shipping company (with slightly different bottom text). Like the architectural influences in Ted Mosby’s decorations, this poster could be a subtle reference to the character’s love of Germany, where she studied abroad for a year in college.

Lastly, one of the most recognizable posters in our upcoming auction is featured in a show well-known for its posters, Friends. Of the many posters John Gilroy created for Guinness, the one I personally know best is the My Goodness My Guinness poster, featuring a lion chasing a zookeeper. This poster can be seen on the bathroom door in Joey and Chandler’s apartment.

Like Three’s Company before them, Friends showcased an array of posters in its many apartment sets. Monica’s bedroom displays René Vincent’s art deco poster for Porto Ramos-Pinto.

And most famously, the Jules Chéret poster Aux Buttes Chaumont / Jouets Et Objets Pour Étrennes that hangs behind the television in Monica and Rachel’s apartment. Both functional for filming (this poster was originally hung in that location to cover a hole the camera could film through) and indicative of Monica’s eclectic decorating taste, this Chéret poster became one of the most famous set pieces of the long-running show.

These posters not only colorfully decorate the living spaces of well-known characters, but can also tell us more about the lifestyles and tastes of the characters themselves- much like the posters that decorate our own homes.

“Spot-the-poster” with sitcom reruns is a game that’s hard to stop playing once you start. But if you ever miss flipping through our catalogue, I recommend flipping through the channels- you might end up seeing our posters.

Do you have a vintage poster we should take a look at?

A Brief History of Guinness Posters & Alice in Guinnessland 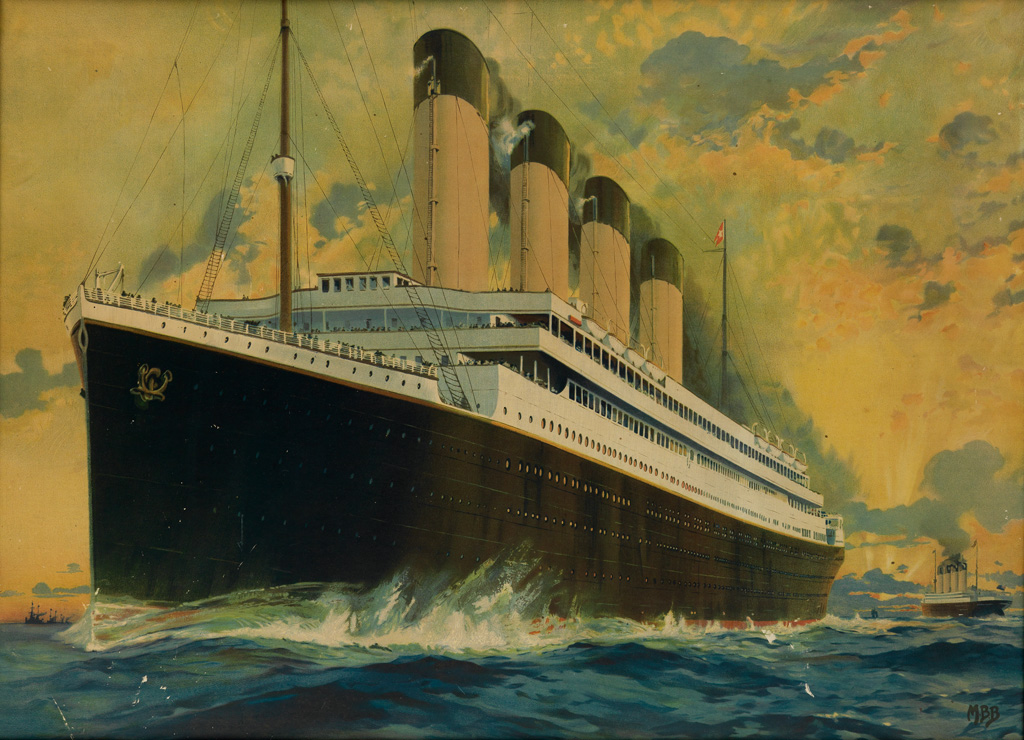