Swann’s August 27, 2020 Vintage Poster auction includes a selection of historical trolley cards, broadsides and original bathing suits from the famous Sutro Baths overlooking the Pacific Ocean. These items come from the collection of Marilyn Blaisdell, a respected historian of San Francisco photography, and well-loved proprietor of a shop at the Cliff House. Lauren Goldberg takes us through the history of the baths and shares a few highlights from the upcoming sale.

The Sutro Baths was the grand opus of former San Francisco Mayor and businessman Adolph Sutro. Built near his famous Cliff House, the baths occupied a stunning location off the coast of California. The National Parks Service describes the complex as follows: “A classic Greek portal opened to a massive glass enclosure containing seven swimming pools of various temperatures. There were slides, trapezes, springboards and a high dive. Together the pools held 1.7 million gallons of water and could be filled in one hour by high tides. There were 20,000 bathing suits and 40,000 towels for rent. Balmy temperatures and abundant plants enhanced ‘California’s Tropical Winter Garden.’ The Baths could accommodate 10,000 people at one time . . . An amphitheater, seating up to 3,700 people, provided a variety of stage shows. Three restaurants could accommodate 1,000 people at a sitting. There were natural-history exhibits, galleries of sculptures, paintings, tapestries and artifacts from Mexico, China, Asia, and the Middle East.”

The most renowned image of the structure is this four-sheet billboard showing the interior in all its splendor. This example includes the rare red border and text.

Some of the unique amenities and creative performances and events are announced in the broadsides and colorful trolley cards coming up in the auction.

A fun divergence from our tradition of selling works on paper, we are also offering a group of bathing suits collected by Marilyn Blaisdell. The dates of these required rentals are difficult to pinpoint, but the varying fonts lend insight into the decade and their tags provide authenticity.

Here, we can see that the fashionable teal & black-striped suit was made by the famous swimwear company Jantzen, and the navy-colored adult suit was produced by the Bureau of Aeronautics’ Navy Department.

The Decline of the Sutro Baths

The Baths’ slow decline began after the Great Depression, and part of the complex was turned into an ice skating rink in 1937 as a strategy to draw in business. The rink survived until 1964, when the property was sold to developers.

Sadly, the Sutro Baths structure burned down in 1966 during the process of demolition. The Baths became part of the Golden Gate National Recreation Area in 1973; the site now consists only of ruins and a modern visitors center, but the third iteration of the famous Cliff House (1909-present) just south of the Baths, continues to function as a restaurant and provides a panoramic view of the ocean.

This is a favorite scenic and historical spot of mine that I’ve visited twice on trips to San Francisco over the past few years. I learned of them after handling the famous billboard poster and quickly found myself researching their history. It’s a quick bus or car ride from the city, and a worthwhile view.

More from Lauren Goldberg: Photomontage & Photography in Vintage Posters and Interview: On the Guerrilla Girls

Do you have a poster for the Sutro Baths we should take a look at? 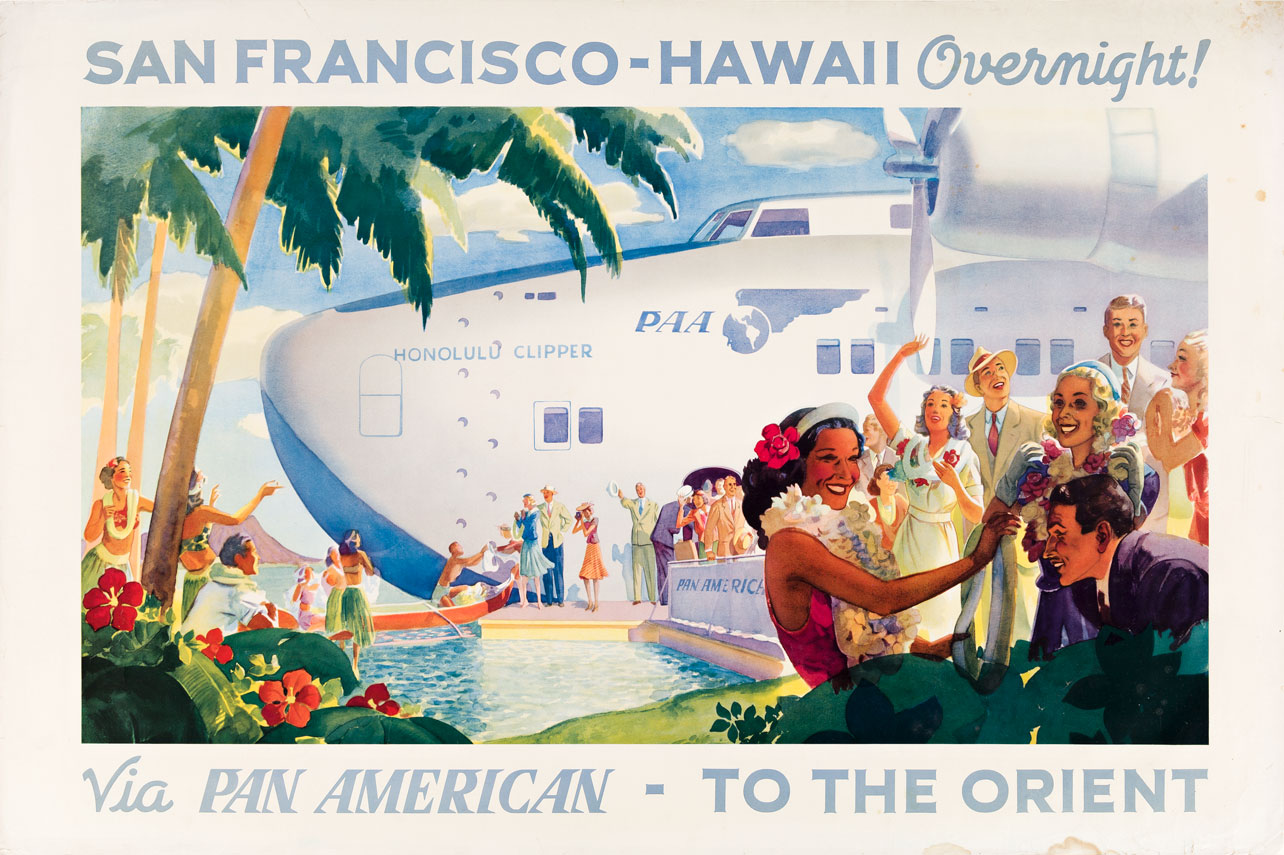