…and what we mean when we say something is “Rare.”

Just when you think you have seen it all…

I am always amazed when I realize how much more there is to learn about posters. Not just personally, but also as an overall academic discipline. What specifically excites me is that—even after more than 20 years cataloguing and researching posters day in and day out—I still encounter images which I have never seen, either in person or in reference books. These are not outliers per se, but rather speak to the relative youth of poster collecting as an emerging field of scholarship and research.

Vintage Posters Are Still An Emerging Field of Collecting

Poster collecting is a relatively new pursuit, especially when compared to print or book collecting. It began in earnest in the 1890s, as posters became more and more visible on the hoardings of major cities around the world. Since then, magazines and journals have been dedicated to them, museum exhibitions have been mounted, design competitions held and books written, but there is still so much more to learn and see.

What It Means To Be a “Previously Unrecorded” Poster

When I encounter an image I haven’t seen before I get excited: the kind of excited that you might only be able to understand if you are a collector yourself. If after a little research I determine that this poster has never been recorded in magazines, journals or catalogues, I am especially imbued with a sense of discovery. With such posters I tend to downplay the excitement I feel by cataloging it with the deceptively droll description, “Previously Unrecorded.” In effect, those two words are my bibliographical signal that this poster is not only rare, but that its very existence should pique the curiosity of the cognoscenti. Another variation of these understated notations is “previously unrecorded at auction,” which says that while a poster does appear in museum collections (for example, the Boston Public Library has one of the great collections of rare travel posters), it has never come up for sale at a major auction.

We use the term “rare” to describe a poster which may appear in reference books but is very seldom seen on the market in either a retail or an auction setting. If we can determine the number of times a piece has appeared at auction, we might catalogue it as “Rare. We could only find two examples at auction in 20 years.”

Among the reasons I find recognizing a “previously unrecorded” poster so exhilarating is because I marvel at how something like it can exist and no one has written about it before. That an image like it can exist but there not be any findable pictures of it online.

Like an archaeologist who has unearthed an exquisite statue it is a feeling both of being the first to recognize something important as well as being able to contribute new scholarship to the canon of understanding. Not to mention the satisfaction I get of being first to be able to bring it to the attention of the collecting community.

While uncovering treasures is always exciting, it should be noted that at times these posters are not necessarily valuable. For me the real treasure, the real discovery, is simply the knowledge that you are helping to broaden understanding and awareness within the field of study.

Related Reading: What You Need to Know When Buying a Vintage Poster 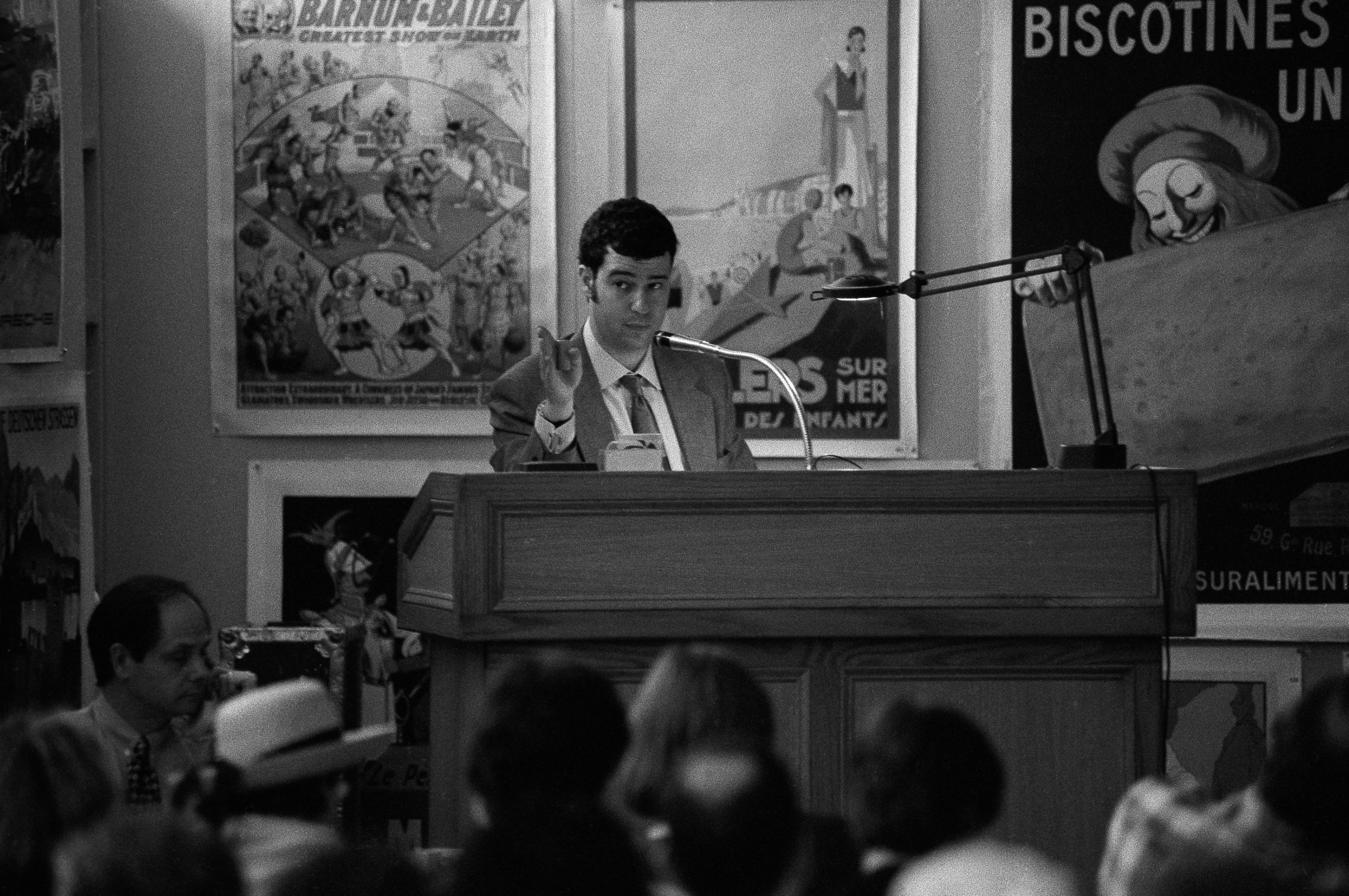