On May 30, 1968, Bertha Trujillo became the first woman awarded a doctorate of matadorship, the highest technical level achieved in bullfighting. The photographs appearing in our February 15 auction of Icons & Images: Photographs & Photobooks show her 12 years earlier, still struggling to find her footing, literally as well as figuratively. 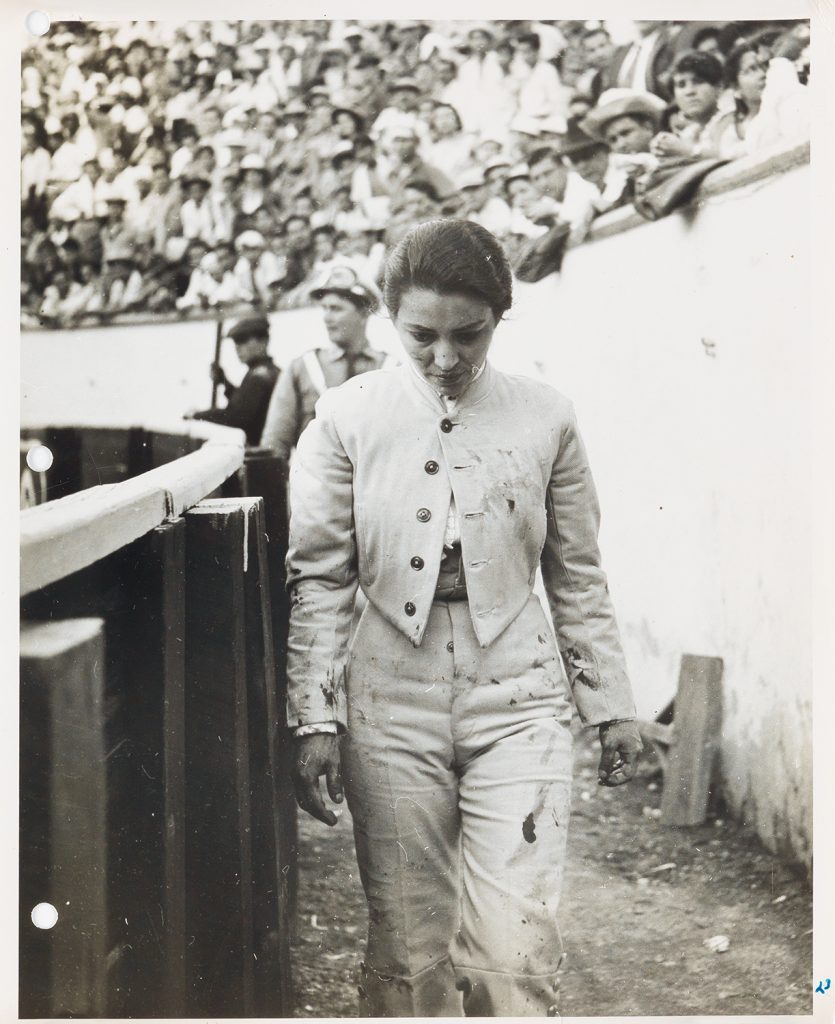 The photographs, accompanied by a yellowed press release, are part of a press package sent by the Hamilton Wright publicity company to various publications, including LIFE, who ran a three-page spread on Bertha on April 16, 1956. At the time, she was a novice at just 26 years old. The article is harrowing–in one image, a bull nearly gores through her leg–and the text does not convey confidence in her prowess. She is described as “a lady bullfighter whose courage far outshines her skill.” 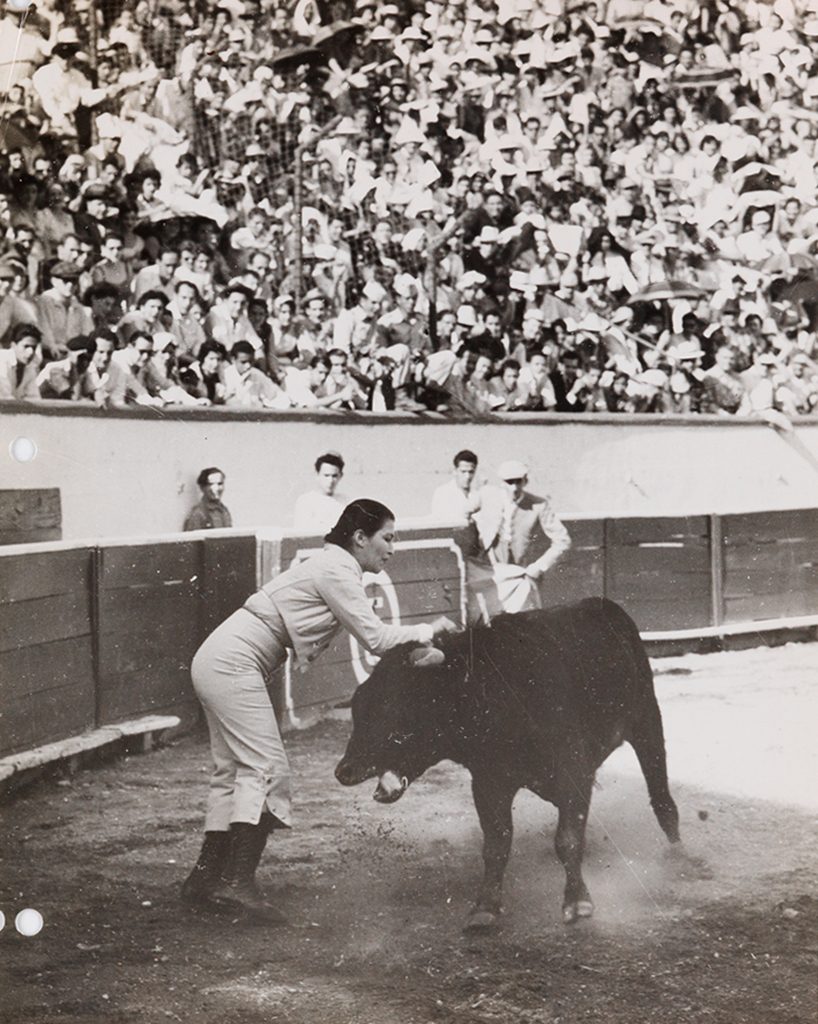 The press release included in the lot is much more sympathetic and impressed by her talent and gumption. It seems that LIFE took the story in another direction, and requested additional images for their article–primarily those showing Bertha struggling or defeated. At this stage in her career, Bertha won about every other fight. The author from Hamilton Wright states, “In the one she doesn’t ‘win,’ she takes a tremendous beating–she is bruised, bleeding and very often has bones splintered. And they don’t heal readily in a week. But she is booked for a ‘corrida’ (bull fight) next Sunday and she goes on–no matter what.” 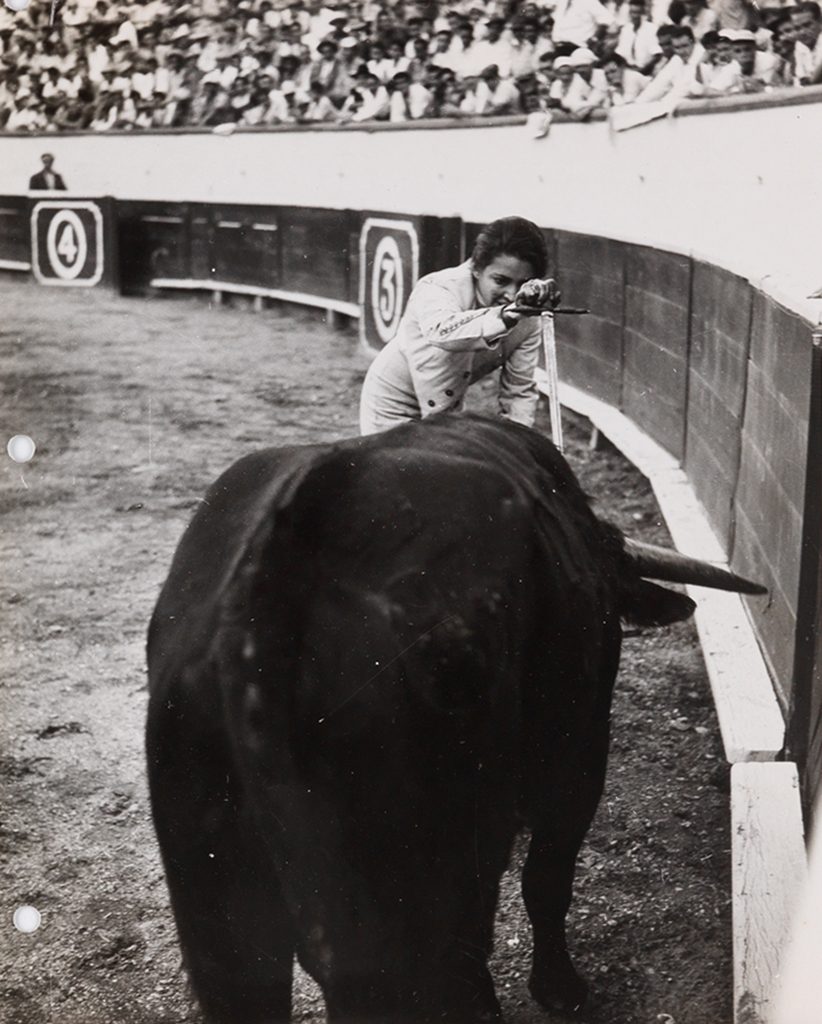 Attempting to kill the bull.

As her skill and fame increased, Bertha adopted the “stage name” Morenita del Quindío (Brunette of the Quindio region). A native of Armenia, Colombia, she was even invited to compete in Spain, the mecca of the sport. She was known in the bullfighting world as the “Empress of the Rings.” She retired from active matadorship in 1991, and helped to found Santiago de Cali’s Escuela de Tauromaquia, or School of Bullfighting. 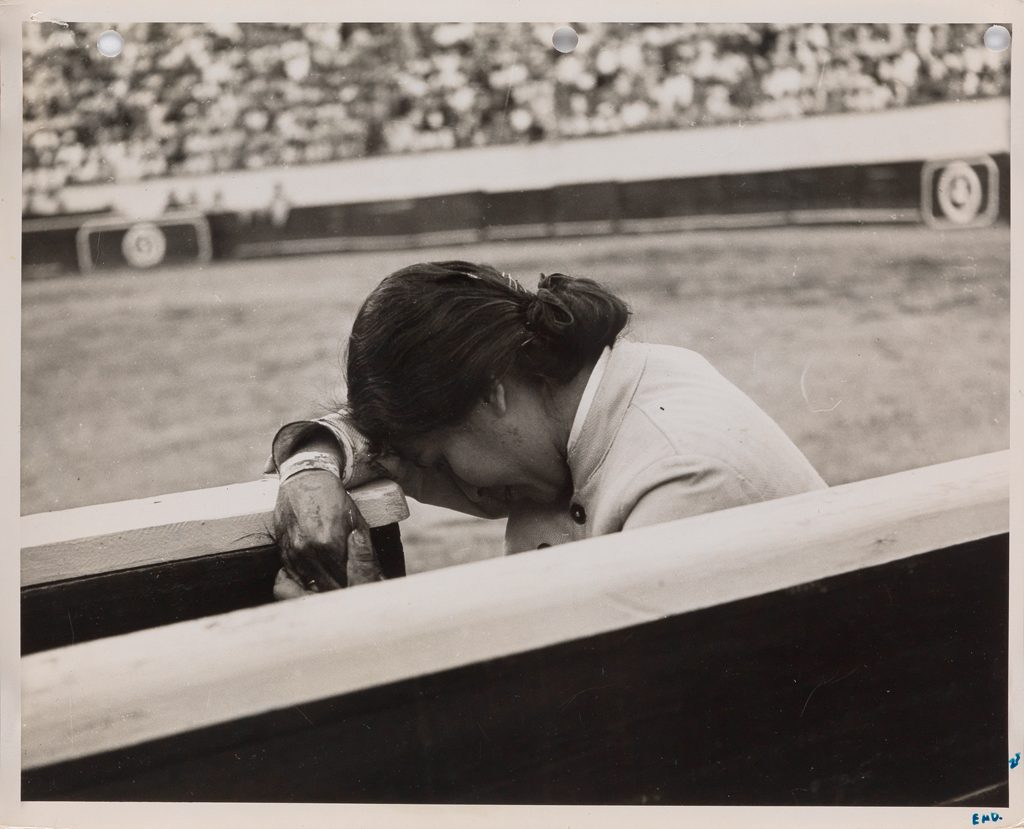 After a fight, Bertha is tired and hurt.

The violent, time-honored tradition of bullfighting spread from its native Spain to Latin America, tracing the encroachment of the Spanish empire. It has faced increasing opposition in recent years as concern for both human and taurine participants sparks global outrage. However, it is still seen as a vital part of local culture by its fans and practitioners.

Bertha died on November 7, 2011, of an infection relating to hip and leg injuries. She was 83.

Browse more from the February 15 auction.

What Sets A Chart Apart? 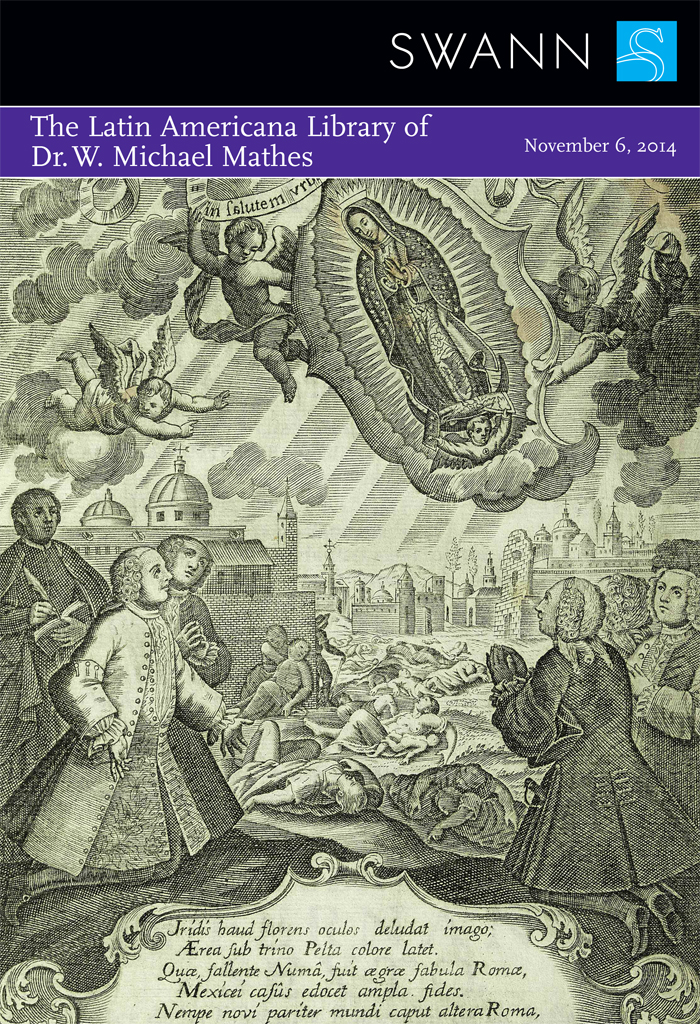 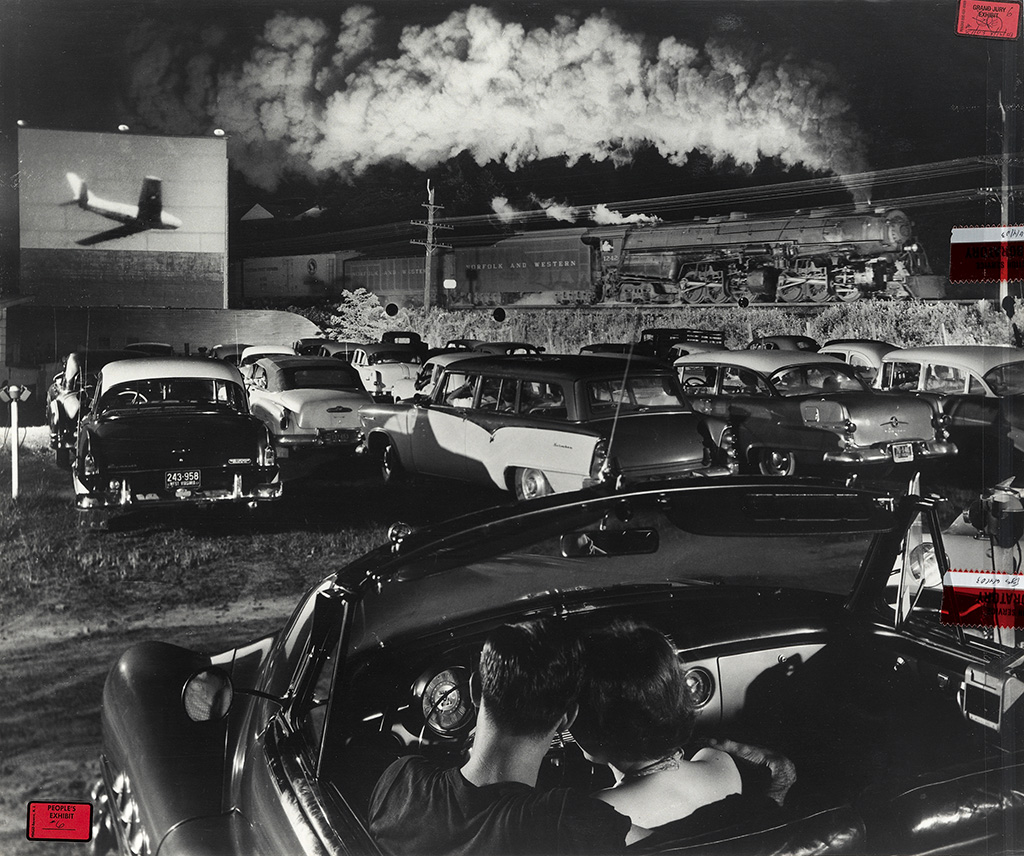